Forever Young: Can Grandparents and Grandkids Live Together Successfully? GRAND Magazine Editor’s Note:  This looks like a fun show to watch to see how grandparent seniors and adult grandchild aged juniors get along when living together.

Ever look at young people today and think, we are way too different to see eye to eye? You’re not the only one. A new reality show called Forever Young, which premiered Wednesday, April 3, at 10pm on TV Land, tries to answer that very question through a social experiment with the widest age gap ever.

Over the course of six half-hour episodes, we find out what happens when five “Juniors” under age 30 and five “Seniors” over age 70 live in a house together, complete intergenerational challenges, and share perspectives at every turn. If you predict fireworks when the generations collide — you’re right on the money. But alongside the frustrations and funny interactions that arise, the feisty group shares heartfelt moments and learns what it really means to be “forever young.” 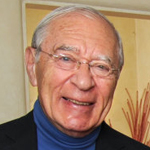 Arthur Albert – age 80 – Affectionately known as “Double A”, Arthur is from New York City and is the “Godfather of Racquetball.” He thinks today’s youth are like “walking zombies,” always glued to their phones and iPods. Arthur is an actor, model, and voice-over actor and has appeared in sketches on Saturday Night Live and in advertisements for Crunch Fitness and Tiffany & Co. @NYCvoiceover

“Just be yourself. My life credo: To love and to be loved in return.” — Double A 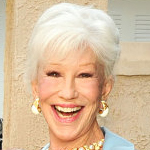 Shirley Claire – age 85 – Shirley is from Palm Springs, CA, and has been a singer and dancer her whole life. She’s brutally honest and dramatic, and hates that young people today lack manners and self-motivation. Mentally and physically in shape, Shirley exercises every day and loves Zumba and Yoga.

“Lou is a big flirt, but compliments from men are always welcome. In the 40s, the guy would come to the door for a date, tell you look so beautiful and give you a flower. There used to be romance!” — Shirley 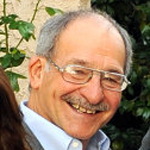 Lou Cordileone – age 75 – Lou currently lives in Agoura Hills, CA, and thinks young people today are “little a**holes.” Lou played professional football in the NFL for eight years in the 1960s, playing for the New York Giants, the San Francisco 49ers, the Los Angeles Rams, Pittsburgh Steelers, and the New Orleans Saints. He stays active by playing golf, racquetball, and keeping up with his 6-year-old granddaughter.

“When we started this show, I thought, you’re 25 years old — you have nothing to teach me. But the biggest thing I learned is that I need to know how to use computers and tech. I promised I would, but I didn’t [laughs]!” — Lou 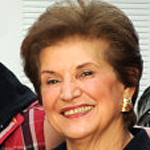 Emileen Hanna – age 74 – Emileen lives in Brooklyn, NY, and is a retired knitting instructor. She tries to stay up to date with all the current technology (she has even taught a computer software course!), but thinks technology can cause a lack of communication among today’s youth. She’s an avid baker and her favorite thing to bake are Middle Eastern pastries – and she teaches a class about that, too! @Emileen135

“From the younger generation, I learned that it doesn’t hurt to live in the moment once in a while and not worry so much about the future. The future is here for heaven sakes and it’s about time that I learned there isn’t much time ahead of me so why not be a little self-centered, too, and begin being a little more carefree. That’s me—not everyone is like me. I think I still have plenty to learn.” — Emileen 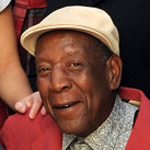 Eugene Palmer – age 79 – Raised in Pennsylvania and now currently living in California, Gene was in the Air Force for 20 years and served in the Korean War. He loves dancing and in his spare time enjoys golfing and visiting local jazz clubs. He thinks the youth of today need to learn to take responsibility for their actions.

“Mike, Sam and Angelina would talk to me about my smoking habits when they noticed that I was smoking a lot. I got to thinking and I said, ‘You know, they’re right because they’re trying to save my life.’ It seemed like they really cared for my well-being.” — Gene 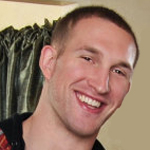 Mike Markiewicz – age 27 – Born and raised in Staten Island, NY, Mike is a cancer survivor and strives to make the most out of life. While he respects his elders, he thinks seniors bicker about nothing and nag young people about the way they dress. Mike is now an actor, having just wrapped a movie with Ed Asner. @ReaLMiKeYMaRK

“I learned that we are both out of touch with each other’s generations.  I also learned that the older generation has so many meaningful stories to tell — and then other stories that mean absolutely nothing, but they are still entertaining.” — Mike 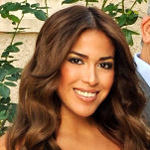 Andree Martinez – age 27 – Andree was born in Mexico, lives in Miami, FL, and is all about living a life of luxury. She loves musical theater, has appeared in several music videos and was even a VJ for MTV Tr3s. Andree thinks older people don’t know how to truly live life and can’t appreciate her youthful sense of style. @andreemartinez

“When I walked in to the house and saw all these old people, I thought it would be boring [laughs]. But now I would rather hang out with them than with my own friends! What I learned from them is that age really is just a number. I want Lou’s energy. I hope I look like Shirley. And Emileen is the greatest mom ever, I hope I am just like her.” — Andree 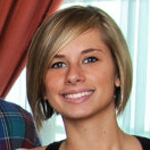 Angelina Mazzone – age 25 – Angelina is from Kings Park, NY, and always speaks her mind. She is “bored to death” by stories her grandparents tell her and is disgusted by certain hygiene issues, like handkerchiefs. She currently works as an insurance agent.

“I realized that older people have lived through events and experiences just like the younger generation. I used to forget that and now I look at it as, they partied, danced, and drank like we do. Now I relate with them more.” — Angelina 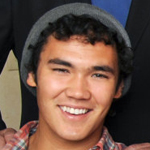 Samuel McLaughlin – age 24 – Sam is from San Diego, CA and describes himself as “crunchy.” He is very concerned with environmental issues and doesn’t understand why people are obsessed with money instead of following their passions. Sam thinks seniors are set in their ways and could stand to learn how to “let go” from today’s youth.

“I think Shirley was the probably the most different from her first impression. I thought she was just this loud, crazy old bat, from back in the day, who was used to a life of glamour and drama, and thrived on it. But as time went on, her layered personality showed. She has faced some serious hardships. Even at her age, she was probably the most open minded of all the cast members. She was compassionate and wild to the bone, I really came to love her.” — Sam 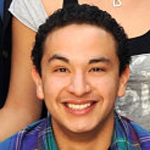 Christian Taboada – age 25 – Christian lives in Los Angeles, CA, and is energetic, funny and loves livening up a room. He is passionate about gay rights and thinks that older people will never understand him, and in fact blames a lot of today’s financial and environmental issues on the previous generations. He is fiercely proud of his Latino heritage and currently works as a leasing agent. @CTubb661

“The most important thing I learned is the true value of listening. We constantly are in story telling mode and when we unload we tend to divulge and let it all hang out, when we should be appreciative and listen and learn from each other. I call my grandmother weekly, but now I’m calling my immediate family a lot more frequently. I learned a lot of family values from my Forever Young Family!!” — Christian