Do You Know About The GRANDparent Economy?

Of all of the life stages common to the middle years of life, Grandparenting is the most positive and the most complicated. As the baby boom generation enters this life stage, the role and expectations of grandparents are changing, spending patterns are shifting,  and the foundation of the family structure is returning to old models.

“Boomer grandparents are taking grandparenting to the next level. They’re not standing back waiting to be invited into their grandchildren’s’ lives. And they’re not just showing up at the baby’s delivery; they’re staying engaged with their teenage grandkids,” says Lori Bitter, author of the new book The Grandparent Economy: How Baby Boomers Are Bridging the Generation Gap and publisher of GRAND.

There is so much to know about today’s grandparents its mind-boggling! Fortunately, you don’t have to search beyond this newly released book. 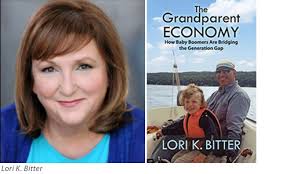 Lori is uniquely qualified to write this book. She was the driving force for the creation of J. Walter Thompson’s mature focused agency, JWT Boom, as the preeminent advertising agency for companies that wanted to reach the mature consumer. She has led research for AARP to help them understand the grandparent’s life stage and its economic power. That research became the genesis for her book.  To top that off, she was raised by her grandmother and is a bonafide grandmom herself. In other words, she is the real deal and this book delivers on its promise to peel back the layers and provide real understanding about these critically important members of our society and the economy.

Just perusing through the book, you’ll be intrigued as I was to learn, there has never been a better time in history to be a grandparent. It may also be the “worst” of times…read on. 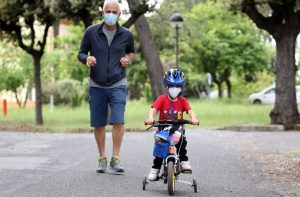 On the challenging side, we now have more of what is referred to as Grand Families. These are the unsung heroes caring for over 7.8 million children in America. According to Katheleen Conti, a reporter for The Boston Globe, “Eighty percent of people raising their children’s children had custody as a result of the parent’s substance abuse issues.

The third leg of the grandparent stool, as Bitter explains, is alienated, grandparents. These grandparents are cut off from contact with their grandchildren. Many times this is the result of our society’s high divorce rate. The custodial parent cuts off the parents of their former spouse. Often this alienation occurs when the parent-child relationship was not healthy to begin with. Though no clear statistics on this issue are available, experts believe it affects millions of grandparents. 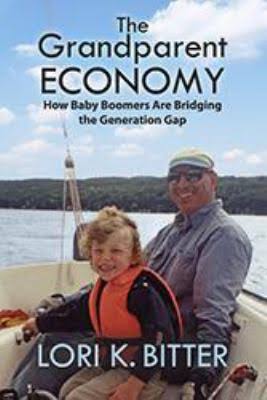 This book is about the incredible contribution that grandparents are making in the lives of their grandchildren, financially, socially, and emotionally.  It is a ‘how-to’ for companies that want to speak fluently to the lucrative grandparent market.  As you can see, there is a lot to learn about today’s grandparents, but I don’t want to give the whole book away, so order your copy here.