GRANDparents – Do You Know Not To Put Infants To Sleep On Their Stomachs And Best Practices For Infant Safe Sleep?

A new survey compares parents’ and grandparents’ views on infant safe sleep. When sleep positions is changed, the incidence of SIDS increases exponentialy

A little more than 20 years ago parents had to relearn how to put their baby to sleep.  SIDS (Sudden Infant Death Syndrome) experts concluded that placing baby to sleep on his back was safer, and in fact this practice has contributed to a significant reduction in SIDS deaths by more than 50%. Continuing research over the years has led to the recommendation that infant safe sleep is when the baby is placed to sleep in an empty crib on his back to sleep. 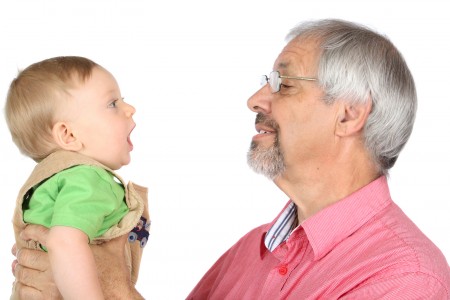 With an increasing number of grandparents playing the role of caregiver and in some cases raising their grandchildren, it’s critical that they are up to date on key baby safety issues. HALO Innovations, a leader in infant safe sleep, recently conducted a survey comparing parents’ and grandparents’ views and practices on safe sleep for baby.

Despite their safe sleep knowledge, the survey revealed that more than one quarter of grandparents (26.6%) put baby to sleep on his stomach or side.   This change of sleep pattern from back sleeping with parents to side or stomach sleeping with grandparents can have drastic consequences.  “Unaccustomed tummy sleeping is particularly dangerous.

When a child is typically put to sleep by his parents on his back and then a grandparent or caregiver places him on his tummy, research* indicates that the risk of SIDS or SUID (Sudden Unexplained Infant Death) is 19.3 times greater.  This research reinforces  that it’s especially critical that parents, grandparents and all caregivers follow safe sleep practices every sleep time,” states Michael H. Goodstein, MD, neonatologist and member of the AAP Task Force on SIDS.   Nearly half (46.28%) of the grandparents participating in the survey also put a blanket in the crib with their grandchild, a known SIDS threat. 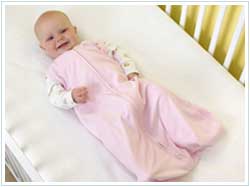 Dressing baby in a a HALO SleepSack (wearable blanket) eliminates the need for blankets.