This act of selfless heroism should be an inspiration for all…regardless of age…as we strive for a more civil and safe society.

The following is an excerpt from an article in the Washington Post about Bernard Kenny, a 77-year-old herot.

Please feel free to share this message and link with others who may be moved to action when a crisis calls for heroism.

Thank you, Bernard Kenny.  You are a magnificent example of service over self!

On to a safe and sensational Summer!

The Advocate’s Credo: Thou art my child, my parent, my elder. I love thee best, but could not love thee half as much, loved I not all the rest.

Bernard Kenny witnessed the attack while waiting outside the library for his wife to return a book. A man had approached Jo Cox, a member of Parliament, who was meeting constituents there, and shot and stabbed her. 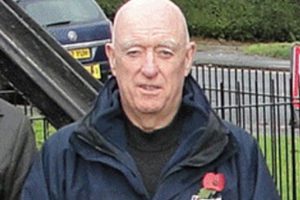 Hero pensioner Bernard Kenny who tried to save Jo Cox

Kenny, a 77-year-old father, ran to help and tackled her assailant, who then stabbed Kenny in the stomach with his 10-inch knife. Cox died from her injuries, and Kenny spent several days in the hospital recovering from his.

Since the brutal attack Thursday, Kenny has been hailed as a hero. A petition, now signed by nearly 17,000 people, was started to award him Britain’s highest civilian honor, the George Cross award, given for courageous acts.

“We believe that Bernard Kenny deserves the highest honour for bravery that this country can award,” the petition reads. “The Cabinet Office must make it so as quickly as possible, so that our nation’s thoughts are on love and bravery rather than hate and fear.”

Prime Minister David Cameron, in a tweet Monday wrote, “Bernard Kenny was a hero, who risked his life trying to save Jo Cox. He deserves public recognition.”

And Cox’s sister, Kim Leadbeater, spoke of Kenny’s bravery during a public vigil on Saturday. She thanked him for trying to save her sister.

“What an amazing man,” she said, according to a video published by the Daily Mail.

Cox, a mother of two, would have turned 42 on Wednesday. And, according to the Guardian, she shared a birthday with Kenny, who turns 78 on the same day.

This wasn’t Kenny’s first heroic effort. In 1973, he was on a team of rescue workers that tried to save miners trapped underground when a mine shaft flooded.

At a ceremony for the rescue workers 30 years later, Kenny told the Yorkshire Evening Post in 2003: “We never gave up, but it was rough. You were up to your neck in water and breathing apparatus was needed because there was a high percentage of gas. But we went on with it because you ought to do. It was your duty to try and help them and it was sad when it had to be called off.”