5 Ways To Break This Social Taboo

By Jonathan B. Micocci, President of GRAND Media

I thought the warning to avoid discussion of religion and politics was something relatively new…maybe from Emily Post, but it appeared at least as early as 1840.

It makes sense, doesn’t it? We all want to get along so why put relationships in jeopardy by threatening deeply held beliefs. What is the benefit?

Religion?…hmm…that one still makes some sense to me, but I’m questioning the one about politics.

Sure, we know how volatile political discourse can be, but how can our generation leave the world a better place if we can’t use the tools of politics to solve problems? Used well or poorly, aren’t they the alternative to brute force?

We may not agree on what’s broken, or on remedies…ok.  Is that an ending point, or should it be a starting point for conversation?

Business people work towards a common goal by solving intractable problems every day. The best learn to do this without blame or rancor because there will be a tomorrow when they will need the good will of today’s adversary. Come to think of it, our Congress used to work sort of like that, right?

If you agree that the status quo is not fair to the next generation and that conversation is better than conflict, we have five suggestions for that first foray into diplomacy.  Please share your own ideas on this!

How do you plan to talk about this year’s election with people of different views? 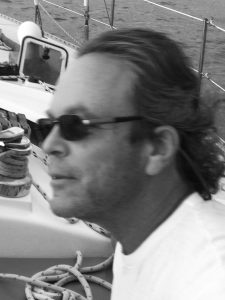 Jonathan B. Micocci is president of GRAND Media, publishers of GRAND – The Lifestyle Magazine for Awesome Grandparents.

Born in Washington, D.C., Jonathan grew up in a family that celebrated open discussions on all topics, including politics and religion. As a grandfather of five, he hopes to teach the next generation how to engage in successful civil discourse.