Chelsea Clinton announced on Twitter Saturday that she has given birth to her second child, son Aidan. “Marc and I are overwhelmed with gratitude and love as we celebrate the birth of our son, Aidan Clinton Mezvinsky.”

In a statement, Aidan’s grandparents say they are overjoyed and “grateful for our many blessings.”

The 36-year-old Clinton, who announced her second pregnancy in late December, has been campaigning on behalf of her mother, presumptive Democratic presidential nominee Hillary Clinton. She is also on the board at her family’s foundation. 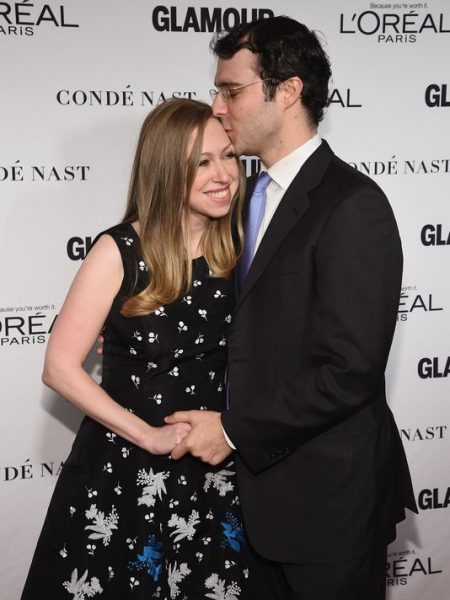 Chelsea Clinton married Mark Mezvinsky, 39, in 2010. He is also a fellow Stanford alumnus and the scion of a political family. His parents, Edward and Marjorie, both served in Congress.

Marc and I are overwhelmed with gratitude and love as we celebrate the birth of our son, Aidan Clinton Mezvinsky.

Aidan is the second child for Chelsea and Marc Mezvinsky, an investment banker. Their first, a daughter named Charlotte Clinton Mezvinsky, was born on Sept. 27, 2014.