According to a new report on BBC News, girls are under more pressure than ever to look perfect.

Girlguiding has launched a social media challenge to the public to compliment the young women and girls they know on their achievements and personal qualities rather than their looks, using the hashtags #youareamazing and #girlsattitudes on Twitter, Facebook and Instagram.

“Otherwise we will continue to see lower levels of wellbeing, lower confidence and greater worries about the future amongst young women,” she said.

According to an article by Judith Burns, for BBC News,

Girls in the UK are markedly less confident about their looks than they were five years ago, research by Girlguiding suggests.

Girls as young as seven face “intense and unobtainable appearance pressures to be perfect”, say the authors.

The report says body image is an issue which surrounds girls every day – in the media, via social media and in other people’s attitudes.

And these feelings were far more prevalent among the more than 1,000 11- to 21-year-olds who took part: 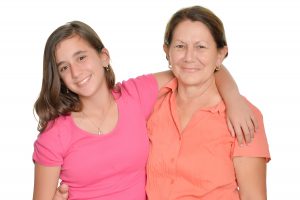 Girls told the researchers lack of body confidence not only stopped them wearing certain clothes and having their pictures taken – but also prevented them exercising, speaking up in class and socialising.

Another of the younger participants called for an end to girls being judged on their bodies and being made to “feel bad about themselves”.

While Liddy Buswell, a Brownie leader aged 18, said she had experienced some of the issues first hand.

“I’ve witnessed girls unwilling to speak to groups because of how they look, I’ve heard girls saying they’ve been called names at school and aren’t confident trying new activities as a result,” she said.

“No girl should have to worry about the way she looks.

“This year’s survey is a damning indication that something needs to be done to tackle this growing issue.”

Jenny Brown, head of the independent St Albans High School for Girls, said the issue of image was “without a shadow of doubt” high on her agenda.

“It is completely entwined with the huge explosion in social media,” said Mrs Brown, speaking at the annual meeting of the Headmasters and Headmistresses Conference in Stratford-upon-Avon.

“The effect of social media could be like a mirror for teenage girls, reflecting their lives back on themselves and exacerbating a natural tendency to be overly self-conscious.”

Schools and parents should encourage girls to “focus on things bigger than themselves” instead and find windows on the world rather than mirrors, she said.