Hey Grandma, I don’t want you to suffer!

When you hear those words what do you imagine is happening to Grandma?

Is she grieving the loss of Grandpa? Is she battling cancer? Has a recent fall resulted in her having to give up her hard-fought independence? Has she just lost her job and finding it hard to get another? These are all possibilities, And then some. 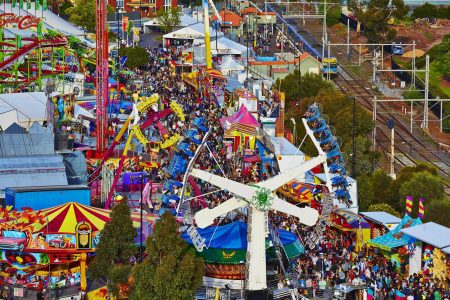 Now picture the noise of carnival rides whirring through the air, the excited screams of those on their rides as they rise high in the air and descend with breathtaking speed. The Mega Drop Ride, the Kamikaze aptly named for anyone with a weak heart. By contrast, the carousel, jumping castle, mini train ride for the little guys.  The Woodchop, the iconic sheep shearers and farmers competing for Blue Ribbons for their prize cattle, sheep, horses pigs and goats remind us of Australia’s proud agricultural history. Roll up roll up for the Royal Melbourne Show where families enjoy a great day out. Spruikers tempt passers-by to risk a few coins to play carnival games and win soft toys or light ups for their lovers or grandkids.The aroma of coffee beans is happily detected by adult folk desperate for a caffeine fix and maybe a seat on which to rest their weary legs, while the kids head for cotton candy, corn dogs, ice cream the rides and the penultimate attraction – show bags!

‘Grandma, can we have a ride on that? And this one too?’ ‘ Of course my sweet but let’s check out the Farm Animals too, the Animal Nursery, the newly hatched chickens and ducklings. I remember when every year we came here there was a special display of tiny chickens all in different bright colors; some red, some green, pink and blue. It was my favorite! ‘

The queues are long, the crowds swelling. The food hall beckons although trying to find a place to sit and eat is almost as challenging as waiting for each family member to decide on their choice of menu. ‘I just wanna have one of those over there..’ His mother sighs. No Junior choose something vaguely healthy! ‘But  Mommm !’ he wails. No buts Buddy-if you want your show bags …’ ‘A tough negotiator that one – let him have what he likes!’ thinks, Grandpa privately, ‘ and then we can get out of here.’ His hip suddenly feels worse, he’s tired. It’s been a long day already. He’d forgotten they still have Show bag shopping to do. He just wants to head home now, put his feet up and have an afternoon nap. ‘Listen’ he says, Here’s some money and how about I mind the baby here while you buy the show bags ?’ ‘That would at least spare me the ordeal of the queues ‘ he thinks to himself. 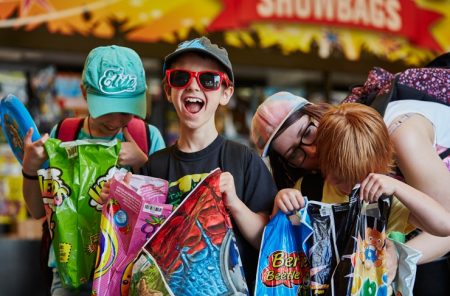 He’s just gone to sleep! ‘ he adds convincingly. Done deal; hugs for Grandpa, and they’re off on their mission to survey all the displays in the auditorium and choose as many show bags as their generous budget allows. They emerge about an hour later, triumphantly laden with goodies that dazzle today and are broken, forgotten or tossed into the garbage tomorrow. Grandma is grinning with a great selection slung over her shoulder and in both hands. ‘Escape at last’ thinks Grandpa gleefully as they schlepp the long distance back to the car. Soon Grandma is struggling with the weight of her purchases. It’s then that she hears her mischievous and endearing ten-year-old grandson  ‘ I don’t want you to suffer Grandma, let me take a load off.’ Although surprised at him feeling that she was suffering rather than in discomfort, she smiles gratefully at him and hands some over. She is touched by his empathy and offer of help.

It’s then that she hears her mischievous and endearing ten-year-old grandson  ‘ I don’t want you to suffer Grandma, let me take a load off.’

Grandma is grinning with a great selection slung over her shoulder and in both hands. ‘Escape at last’ thinks Grandpa gleefully as they schlepp the long distance back to the car. Soon Grandma is struggling with the weight of her purchases. It’s then that she hears her mischievous and endearing ten-year-old grandson  ‘ I don’t want you to suffer Grandma, let me take a load off.’ Although surprised at him feeling that she was suffering rather than in discomfort, she smiles gratefully at him and hands some over. She is touched by his empathy and offer of help.

If we can get serious for a moment –

What in fact do we mean by empathy and how can we promote it in our grandkids?  We could probably fill many library shelves with books on this.  A common definition of empathy is an ability to put ourselves into someone else’s shoes.

This is seen by many as cognitive empathy as it focuses on our capacity to think about someone else’s situation.  We need surgeons to take this position about their patients’ medical rather than emotional needs during surgery.  Interestingly, Psychologist Paul Gilbert reminds us that cognitive empathy doesn’t necessarily imply goodness as a torturer can use this to know what causes pain to his victims!

Another form of empathy called affective empathy is based on our ability to actually feel what others are experiencing.This prompts us to respond in a caring way like the grandson toward his Grandma with her heavy show bags. A person responding to others with affective empathy will never intentionally harm them. However, keeping a balance between both forms of empathy is desirable. For example, an individual who is highly sensitive to the distress of others may suffer intensely alongside them like Yours Truly who regrettably fainted during her daughter’s labor!

So essentially we value empathy as it can lead to a kind and cooperative behavior. How can we help to encourage empathy in our grandkids?

Firstly, it is usually pretty easy to show empathy toward our beloved grandkids when they are doing it though. Equally, we can act as role models, show concern and kindness to others. We can highlight our grandkids’ empathic responses to others and engage them in age-appropriate chats about those in need.

As studies show that we are more likely to be helpful toward those we see as likable, belonging to our own family or in a group similar to us (Hein et al, 2010) it seems crucial to promote diversity. Buddhist meditation on loving kindness is one way to address this.

Dear Grandchild although your life will no doubt have its challenges we don’t want you to suffer. We will do our utmost to help you manage and develop empathy for others; to lighten their load and warm your heart.

This story is dedicated to my Grandson Tye.

ABOUT THE AUTHOR – Carolyn Aston 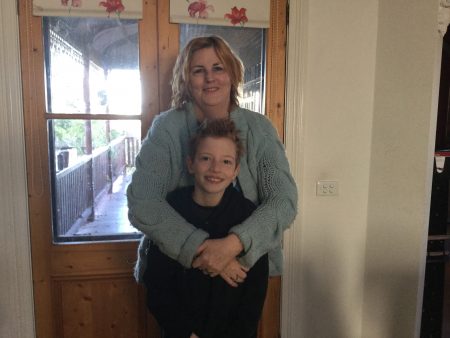 Carolyn is a social worker and Child / Adolescent Psychotherapist  in Melbourne, Australia

Find her here on LinkedIn