In the past, when people lied about their age, it was often to portray themselves as older than they were. Being an elder gave you clout, gravitas, power. Today, people lie in the opposite direction for fear of ageism. And for good reason. Call someone elderly today and it’s like you’re suggesting they had a personal relationship with Moses or Abe Lincoln.

It’s time to liberate the term “elder” from the word “elderly.” “Elderly” refers solely to years lived on the planet. “Elder” refers to what one has done with those years. Many people age without synthesiz­ing wisdom from their experience. But elders reflect on what they’ve learned and incorporate it into the legacy they offer younger genera­tions. The elderly are older and often dependent upon society and, yet, separated from the young. On the other hand, society has histori­cally been dependent upon our elders, who have been of service to the young. Moreover, today, the average age for someone moving into a nursing home is eighty-one (compared to sixty-five in the 1950s), so there are a lot of people who qualify as elders, but are not yet elderly.

What was that? Am I hearing something? “I don’t want to be an ‘elder,’ ” you might be muttering resentfully. “I’m not old, crotchety, or wrinkled enough.” Suspend judgment (a skill that elders have nur­tured) for a moment and read on.

This won’t be the first time a demographic group has taken back a term, turning a pejorative into a symbol of pride. “Yankee” was a derogatory term of the Brits to describe the New World upstarts, but it was soon adopted by New Englanders themselves (and many a baseball fan, centuries later). Similarly, Malcolm X and other leaders helped our country’s African American population embrace the word “black” in the 1960s even though it was a word many racists had used to describe them. Southern comedians like Jeff Foxworthy have taken back “redneck” as a proud word that defines their identity. And when you were a kid on the playground a generation ago, you didn’t want to be called “queer,” but LGBTQ folks have re-appropriated that slang and made it cool. Own the word, it gives you power.

“Just as a child peers into adulthood with intrigue, wouldn’t it be miraculous if an adult peered into elderhood with excitement?”

So how do we take back the term elder, and create a modern defi­nition as someone who has great wisdom to offer, especially during a time when wisdom is ever more valuable? As the geriatrician and author Dr. Bill Thomas said to me, “We see a child and know that this person is living in childhood. We see adults and know that they are living in adulthood. What is missing is the experience of seeing an elder and knowing that person has outgrown adulthood and is living in elderhood.” Let’s make it a ’hood that’s not scary. Just as a child peers into adulthood with intrigue, wouldn’t it be miraculous if an adult peered into elderhood with excitement?

Sad but true, the one ritual you can bet on—that defines this unnamed era that is expanding in length—is receiving your AARP card by mail right before your fiftieth birthday. Every fifty-year-old ought to also receive a two-sentence letter to help set the stage for his or her next chapter. This letter should read: “You may live another fifty years. If you knew you would live to the age of one hundred, what new talent, skill, or interest would you pursue today in order to become a master?”

As I describe in chapter 2 of my book, Wisdom@ Work – The Making of a Modern Elder, through no plans of my own, I stumbled upon a job in my fifties at Airbnb, where I was surrounded with people who were half my age, and maybe twice as smart as me. It was disorienting, as there is no modern-day manual for the after­noon and evening of one’s life. Unprepared, many people face their Modern Elder years with a sense of anxiety. They fear that their skills are extinct, relics of a bygone era. But what many don’t realize is that the Modern Elder hasn’t just acquired more skills by virtue of being older, but also has achieved the skill of mastery, which can be applied to learning new things. Modern Elders can move from being the wis­dom keepers of the past to the wisdom seekers of the future. Aging with vitality exists when you create the perfect alchemy of wisdom and innocence.

What I truly needed when I joined Airbnb was a “consciousness raising” manifesto to help me understand the new rules of the road, and workplace.

So, rather than stick my head in the sand or spout millennial ste­reotype slurs (I heard a few from my boomer friends when I joined Airbnb), I’m now offering the manifesto that I wish I’d had. And along the way, I’m introducing a new framework for wisdom at work and in life, one that’s particularly relevant to those in the second half of their life. But this book isn’t just for those pushing fifty or older; it’s valuable for those in their twenties, and thirties, and forties who want both a road map for their future as well as a better sense of how they can tap into the wisdom of those who are a generation or two older than them.

“I am convinced that many corporate blunders and well-intentioned mis-directions could be avoided if there were a better blend of the energy and ambition of youth and the vision and seasoned experience of age.” Ken Dychtwald

As deeply divided as we are politically and culturally today, the eventual arrival of elderhood is a condition that unites us all. If you’re thirty and reading this, it applies to you, too, as elderhood is the only demographic that all of us—if we are lucky—shift into someday. My friend Ken Dychtwald, founder and CEO of Age Wave and one of the nation’s leading experts on the longevity revolution, wrote a book in 1989 in which he suggested of the future workplace: “mature men and women who will be retained and whose compensation will be based not on the number of hours they work but on their experience, contacts and wisdom.” He called these people “wisdom workers,” and went on to say, “. . . I am convinced that many corporate blunders and well-intentioned mis-directions could be avoided if there were a better blend of the energy and ambition of youth and the vision and seasoned experience of age.”

Thirty years later, maybe it’s finally time for us to be more inten­tional about our “wisdom worker” status. Maybe it’s time to distin­guish and define the era between “middle aged” and “elderly” as one of mature idealism. For many of us, the baseball game of our career will likely go into extra innings. So maybe it’s time to get excited about the fact that most sporting matches get more interesting in their last half or quarter. By the same token, theatergoers sit on the edge of their seat during the last act of a play when everything finally starts to make sense. And marathon runners get an endorphin high as they reach the final miles of their event. Could it be that life gets more interesting, not less, closer to the end?

As Ken recently suggested to me, “If you can cause maturity to become aspirational again, you’ve changed the world.”

ABOUT THE AUTHOR – CHIP CONLEY 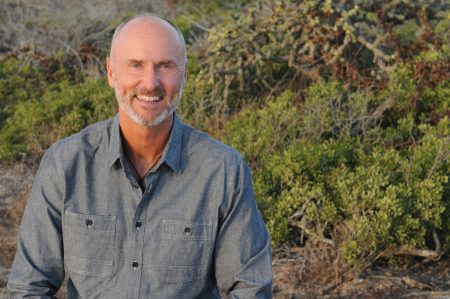 New York Times bestselling author Chip Conley is a rare entrepreneur who has disrupted his favorite industry…twice. At age 26, the founder of Joie de Vivre Hospitality took an inner city motel and turned it into the 2nd largest boutique hotel brand in America. Inspired by the work of famed psychologists Maslow and Frankl, Chip’s books, “PEAK” and “Emotional Equations,” share his theories on transformation and meaning in business and life. His new book, “Wisdom@Work: The Making of a Modern Elder,” was inspired by his post-50-year-old experiences as both a mentor and unexpected intern at Airbnb. 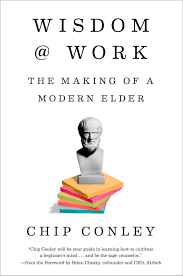