Posted on December 24, 2018 by Christine Crosby in

Seeking the Truth in a World Full of Misinformation

BY BOB AND JUDITH WRIGHT

Every day we’re surrounded by talking heads, 24-hour news cycles, and a barrage of headlines. We’re told one story by a news channel, a different version from our neighbor, and yet another from a magazine.

At the end of the day, discerning the truth in today’s world is tough. It’s becoming increasingly difficult to separate data and facts from opinions, and even more challenging to have open and honest conversations with our families, our neighbors, and our friends about what we believe to be true.

So how do we find the truth? How can we reach a place of mutual understanding with friends and family?

Fact vs. Opinion: Discovering the Truth in Self-Examination

There are three distinctions to make when it comes to information: data, facts, and opinions.

We collect information constantly throughout our daily lives. Some of it is data, but we often have no idea if it is fact, opinion, or a diversion that is out and out deception. Whether we are reading the news, talking to other people, or just casually observing the world as we go about our normal activities, data come to us for examination. Data can be true, false, or partial (or even made up, as has become common), leading to fact checking in credible news sources, and data also can be accurate but used in deceptive ways.

Discerning the truth is an important life skill.

Through testing and proof, we can discern the accurate and legitimate data to reach our own conclusions – our opinions. Then, only by testing our conclusions and opinions, we can learn and grow and develop an increasing knowledge base. Bob has a friend who has a Ph.D. in economics from the top economics school (opinion—defensible?) in the world. In terms of economics and many other issues, Bob has eaten a great deal of crow as his opinions have withered in the light of facts. But make no mistakes, Bob’s friend is held to rigorous standards of proof that have even ended in textbooks and other sources before Bob has capitulated.

It’s a fact that rocks fall when dropped—that’s gravity.

Even at an older age, many of us haven’t fully learned to think like an adult (see reference below)—to think critically. But critical thinking is necessary for discovering the truth. It means challenging our own assumptions, questioning our beliefs, and examining our ideas to the core.

In his piece, Learning as Transformation, Jack Mezirow wrote, “It is so important that adult learning emphasize contextual understanding, critical reflection on assumptions, and validated meaning by assessing reasons. The justification for much of what we know and believe, our values and our feelings depend on the context—biographical, historical, cultural—in which they are embedded. We make meaning with different dimensions of awareness and understanding; in adulthood we may more clearly understand an expressed idea is true or justified. In the absence of fixed truths and confronted with often rapid change in circumstances, we cannot fully trust what we know or believe. Interpretations and opinions that may have worked for us as children often do not as adults.”

We’re all subject to our own cognitive distortion. We believe firmly that our beliefs are correct, and are amazed that someone else could hold opposing beliefs

We all hold beliefs, but have we really examined where they’re coming from? Do we understand how our experiences and biases play a role in our conclusions? Do we explore our cognitive distortion? Are we willing to admit when we’re wrong?

How to Sway Someone’s Opinion

Recently someone we coach described a political debate he’d had with a family member around the holiday table. As is typical in these conversations, things escalated to personal, ad hominem attacks. Ultimately both parties were left unsatisfied and hurt by the interaction. He came to us wanting to gain a greater understanding of how he could handle the situation differently.

People often ask, “How do I change my family member’s opinion about X, Y, or Z?” – but who the heck do we think we are to change someone else’s opinion?

We’re all subject to our own cognitive distortion. We believe firmly that our beliefs are correct, and are amazed that someone else could hold opposing beliefs. In reality, we all see the world through the lens of facts AND opinions, and can’t hold a position of superiority in a conversation because we assume that the other person is less correct than we are.

When we take a step back, all conversations – even heated arguments – are person-to-person interactions that require curiosity about and empathy for the other person. When we are engaged in a debate, are we approaching the situation with understanding or with winning as our aim? Are we trying to see where the other person is coming from, to identify their values, and to understand the data from which they draw their conclusions? Is our objective to be correct and right—or do we really want to understand the other person and to be understood? If you find their base data, you can then have a more interesting conversation. Identify their values and how they differ from yours. Most values have some validity. Think of issues like state’s rights versus national interest.

Rather than a pro/con or “I’m right and you’re wrong” argument, productive conflict is really about examining what the argument really means to you, the values involved, the fears driving the conclusions and the vehemence. What does it represent to you? Why is it so important to you and what about it bothers you? There are so many deeper questions to ask about an argument than simply, how could I have changed someone’s opinion? Perhaps most important – what can I learn about the issue, the other, and myself?

If a conversation is upsetting to you, then you may want to examine why it bothers you so much.

In argument culture there are only two sides: right and wrong, good and bad, yours and mine. There is so much more to learn about yourself when you approach an argument from a place of being truly interested in the other person. When you are really trying to understand the other person’s point of view, you are building a powerful communication skill that will lead to better relationships and intimacy with others.

If a conversation is upsetting to you, then you may want to examine why it bothers you so much. What’s going on inside you as they talk? What does the challenge represent to you?

The conclusions you reach from self-examination give you valuable data to help you gain a better understanding of your feelings.

The Goal Isn’t to Avoid Conflict but to Engage Responsibly 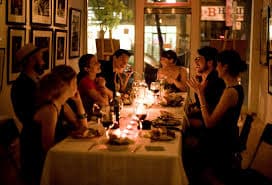 Recently, two friends of ours were at a dinner party with their brother-in-law, where they faced a strong difference of opinion on politics. Rather than engaging in a black and white argument, they decided to approach it with more understanding.

What transpired was a fascinating evening, full of sincere questions and comments like, “Why does this matter to you? What does this mean to you? What does it represent to you? Help me understand what you mean.” They approached their differences with curiosity and honesty rather than adopting a sardonic approach. They both reported gaining much more empathy and insight from the experience.

When you’re faced with a difference of opinion, remember, it’s not about avoiding conflict—it’s about digging in and learning to engage in conflict responsibly and consciously. In conflict, consider these rules of engagement adapted from the Heart of the Fight:

We often become so focused in fighting our point, we lose sight of the critical stakes. You can fight to be right, but that doesn’t keep you warm at night.

Whether we’re arguing politics or any topic in the news, it really comes down to finding common ground. We all care about the planet. We all care about the well-being of our fellow human beings. We may hold different opinions about policies and what to do about it, but if we dig into the common core of the conversation, it helps us to sort it out.

Our common ground is the only place we will really work through our differences. When we argue, it’s not because we yearn to be right. We yearn to be validated, affirmed, to matter, to be respected, understood, and loved. We don’t yearn to fight. The most common ground will be that we each care—and that care generally has a genesis in ideology and/or pain.

The real truth is we all want to be seen and understood. We want to be known and cared for. It’s not about winning the argument, but rather finding security and common ground that allows us to respectfully identify differences. A sign of emotional maturity is learning to question our own assumptions and to examine where we’re coming from. Can you connect and belong with other people and still operate by your own thoughts, values, and principles? Can you be curious about other people’s perspective? Can you be curious about testing your own opinions and collecting more data?

Discovering the truth is tough. It’s a challenge to operate with truth and honesty as we engage with others, but at the end of the day it’s most important we’re honest with ourselves.

For more on living a life with greater purpose, please visit www.wrightfoundation.org. Join us for an upcoming networking event or class, or take a look at our many online resources designed to help you on your journey of self-discovery.

ABOUT THE AUTHORS – BOB AND JUDITH WRIGHT 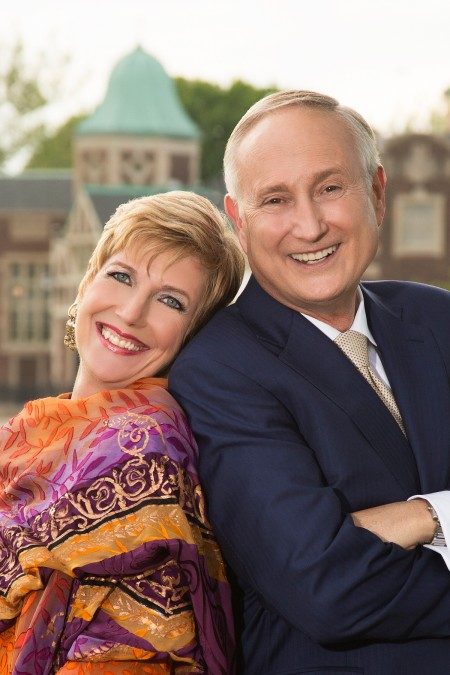