How Old Do I Sound?

“What’s this, Nana?” Annie approached my desk, holding up a four-inch-tall silver-and-white pump bottle. I realized I must have left it on the edge of the bathroom sink, easily within her seven-year-old reach without her even having to climb up on the toilet. And she definitely knew how to work pump bottles.

But it wasn’t that long ago that she had finally stopped nibbling on the Chapstick-like topcoat of my two-part lipstick system, and then only because I had moved it from an easily accessible drawer in the vanity to a higher, hidden location. I let the look slide.

“That’s my Eye Serum,” I said, leaving off the “Anti-Aging” prefix. I smiled at her and reached for the bottle. She handed it over.

“What do you do with it?” she asked next.

“You put it under your eyes,” I replied, turning back to my laptop just long enough to hit the Save button and close it up.

Silence — unusual. I turned from the computer to look at her. Eyes open wide, she looked stricken, horrified.

“Oh, no, no!” I realized what she was thinking. “Not behind your eyeballs! Just here, below your eyes, just above your cheeks.” I pointed and smiled, encouraging her comprehension.

She did look relieved, but she wasn’t quite satisfied yet. “What for?” she asked.

“Well…” I felt a little sheepish. “It’s supposed to help make these bags under my eyes disappear — these kind of puffy circles.”

She looked at me like maybe that wasn’t the best idea I’d ever had.

“But I like your bags,” she said, touching one gently with a forefinger.

“Yes,” she said, snuggling into my hug. “They make you look old.”

It occurred to me to call her on it. “Are you saying that younger is better?” I could have said. “That there’s something inherently negative about being old? Is that what you’re implying? How does old sound, exactly?”

The next morning, on the phone with a kind-sounding woman who was helping me update my Apple ID, we had finally got past a “system glitch” or two in the verification process and had come to the part where she asked for my birth date and I gave it to her.

“Oh, really? I never would have guessed. Your voice sounds so much younger!” She said it in that tone people use for that sort of statement. She meant it as a compliment. Or maybe it was just gratuitous flattery that worked well in her job.

It occurred to me to call her on it. “Are you saying that younger is better?” I could have said. “That there’s something inherently negative about being old? Is that what you’re implying? How does old sound, exactly?”

But it was wiser, and easier, just to let it slide. “Thank you,” I said, because silence would have been awkward.

We finished the ID recovery process successfully. The kind-sounding woman said, probably for the sake of the recording, that she hoped she had been helpful. I assured her she had, and that I was grateful. Both were true — now I would be able to download the LYFT and Uber apps to my iPhone.

“And really,” she said, “your voice does sound a lot younger. I would have said 50 at the outside.”

Don’t push it, sister. I offered a pleasant “Good-bye” and touched the hang-up button.

ABOUT THE AUTHOR – LINNEA DAYTON 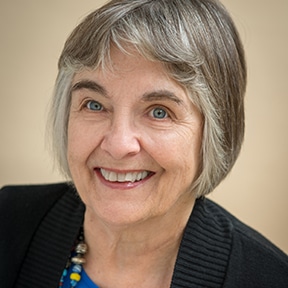 Linnea Dayton is CEO of Dayton Publishing, LLC, a Southern California independent press whose children’s books are uniquely designed to be enjoyed by the little ones and their grownups.”