“I never knew of a morning in Africa when I woke up and was not happy.” 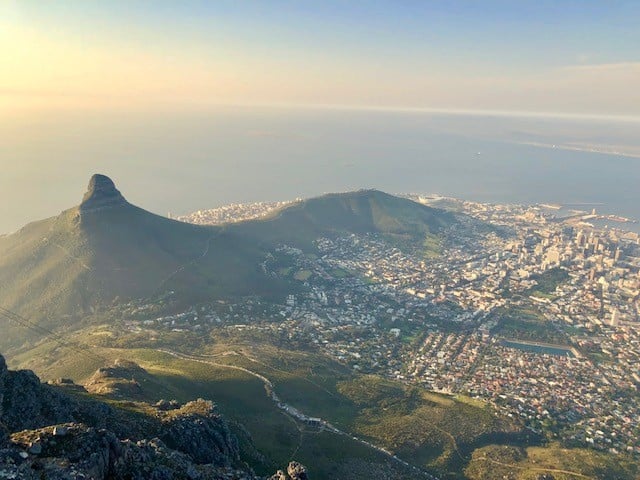 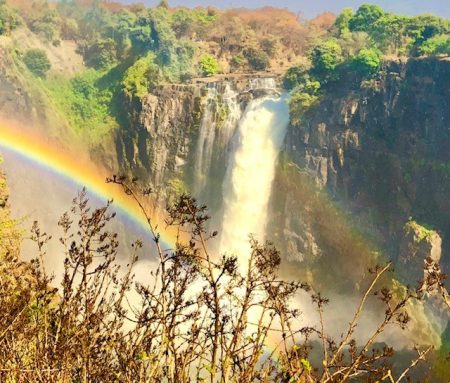 Even as an anti-morning person, I agree completely with Hemingway. Wake-up call for game drives, which many Americans refer to as safaris, is at 5 AM. For someone who was routinely two hours late to the corporate work day, I was completely out of my comfort zone. We were advised to dress in khaki, beige, or tan and bring comfortable shoes, none of which I owned. I remarked to one of my travel buddies that I was surprised how cushy the ground was in Victoria Falls, Zimbabwe, and she laughed and shook her head, reminding me it was actually the fact I wasn’t actually the fact I wasn’t wearing pointy high heels. 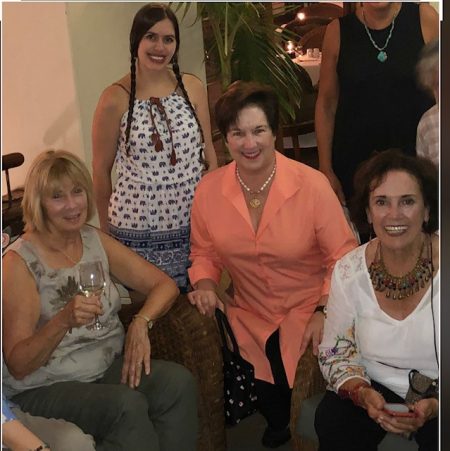 The original black pants tribe, Kathy B, Kathy M, Maggie & Lia (in dress) enjoying wine after a cruise on the Zambezi river at Ilala Lodge in Zimbabwe 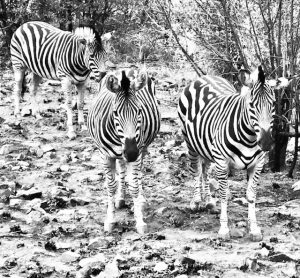 A dazzle of zebras

The crew continually pushes me out of my comfort zone while providing a level of reassurance and security. Our group is akin to a family that shares laughs, idiosyncratic behaviors, and inside jokes.

“Don’t worry if you get sick,” one group member joked. “Between all of us we have more medication than a pharmacy!” We chided each other daily to take our malaria pills and rubbed each other’s backs with mosquito spray. In the evenings, the phenomenal South African wine and the tapestry of our lives both poured out endlessly.

Those who know me aren’t the least bit surprised I choose to vacation annually with a group of grandmothers, knowing how close I was to my own. I contend that grandmothers, particularly the black pants crew, make the best travel buddies for a multitude of reasons. They have the time and money to truly enjoy life, and like me, they are thrilled to stop often for a bathroom break. 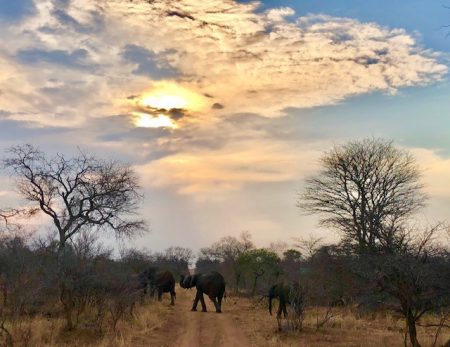 A parade of elephants marched through Thornybush National Park

While my own contemporaries worried that I’d get eaten by a lion in the famous Kruger National Park (the oldest national park in South Africa), I was more concerned about having to pee before the bumpy three-hour Jeep ride ended. Though you remain seated, as the Jeep winds off road through the thorny bush, you experience a core workout reminiscent of the characters in a video game bobbing and weaving to avoid the villains.

“From watching the sun rise during our morning journey over a lake with splashing hippos to its majestic decrescendo crowning the elephants who walked in tandem with their babies, it is a sensory explosion of beauty.” 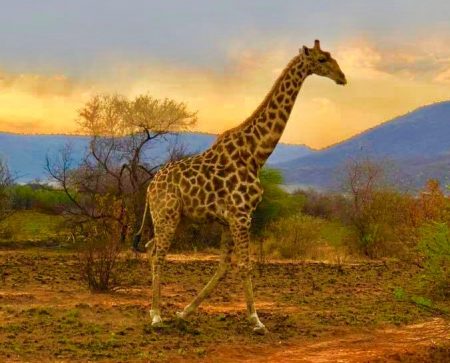 A long giraffe at sunset in Pilamsberg National Park

The vast reward for bladder discipline is the awe-striking ability to see animals–from lions to rhinos to the giraffes who welcomed us outside our hotel lobby–in their natural habitat. There is nothing like the African sun. From watching it rise during our morning journey over a lake with splashing hippos to its majestic decrescendo crowning the elephants who walked in tandem with their babies, it is a sensory explosion. 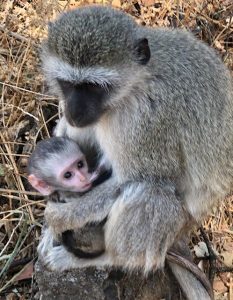 For more on travel to Africa:

The Women’s Travel Group offers tours geared for women traveling solo or with friends, including trips to Kenya, Madagascar and South Africa. 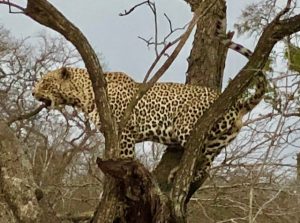 ABOUT THE AUTHOR – LIA JILL LEVITT

Lia Jill Levitt is a global citizen who left corporate America to pursue her dream of becoming an intellectually inspiring speaker for seniors. She hopes to publish the world’s first happy (and true) story about a nursing home, where her blind grandmother thrived and inspired Lia’s love for working with and writing for seniors. Learn more at aintshesweet.net.