What Older People Will Be Like In A Decade’s Time

The future of aging:  What older people will be like in a decade’s time

In 10 years, the typical older person will be even more youthful, active, hip and financially strapped than today’s elder. Demographically speaking, they will also be better educated, more open-minded, more at ease with new tech and will be more female, Hispanic, black, Asian and gay. From a social point of view, tomorrow’s older men and women will have somewhat rolled back today’s pervasive ageism—and will be more honored as mentors, leaders, role models and elders. And they’ll be the beneficiaries of an emerging longevity-focused marketplace of cool and/or helpful products and services.

We can be sure that the Boomers will have mainstreamed a new paradigm for work, learning and leisure/retirement throughout one’s life. Previous generations lived what I call a “linear life.” You learned, then you worked like crazy for 40 years, and then if you had a little bit of longevity, you had some retirement time. What you will see mainstreamed (and younger people will like this model, too) is a more cyclic model of how to live one’s life, like going back to school at age 65 and learning a new career. A collateral result will be a more balanced life across the entire life course.

One of the biggest changes will be the accelerated ascent of female power and influence. Women are biologically superior and outlive men, and over the past decades, they have also outpaced men in all sorts of things, such as education and earnings growth. As we become an increasingly elder society, our political and social lives will become increasingly controlled by women.

I also see more financial hardship. Since about a third of the Boomers have saved responsibly and actively or are the heirs of their parents’ resources, they’ll be living large. The middle third will need to work a few extra years and live more frugally or communally. But a full third of the Boomers haven’t been able to save anything for retirement and their future will be fraught with struggles.

I am hopeful that tomorrow’s older men and women will mainstream a potent new purpose of maturity. That, in the near future, purposeful volunteerism will increasingly have a meaningful place in people’s lives—rather than retirees spending 49 hours each week watching television, as they currently do. Much of that contribution will be aimed at coaching, helping and befriending younger people in need. And that’s a good thing.

ABOUT THE AUTHOR – DR. KEN DYCHTWALD 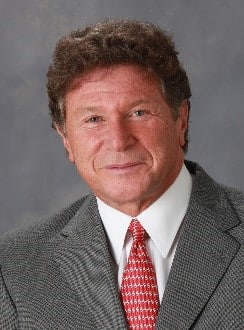 Over the past 35+ years, Dr. Ken Dychtwald has emerged as North America’s foremost visionary and original thinker regarding the lifestyle, marketing, health care, and workforce implications of the age wave.

Ken is a psychologist, gerontologist, and best-selling author of 16 books on aging-related issues, including Bodymind; Age Wave: The Challenges and Opportunities of an Aging Society; Age Power: How the 21st Century Will Be Ruled by the New Old; The Power Years: A User’s Guide to the Rest of Your Life; Healthy Aging; Workforce Crisis: How to Beat the Coming Shortage of Skills and Talent; Gideon’s Dream: A Tale of New Beginnings and, most recently, A New Purpose: Redefining Money, Family, Work, Retirement, and Success. He is currently writing a new book, The Sorcerer’s Apprentice: A Sort-Of Memoir. He was the executive producer and host of the highly rated/acclaimed PBS documentary, The Boomer Century: 1946–2046.

Since 1986, Ken has been the founding President and CEO of Age Wave, a firm created to guide companies and government groups in product/service development for boomers and mature adults. His client list has included over half the Fortune 500, and his explorations and innovative solutions have fertilized and catalyzed a broad spectrum of industry sectors—from pharmaceuticals and medical devices, to automotive design and retail merchandising, to financial planning and health insurance.

He has served as a fellow of the World Economic Forum and was a featured speaker at two White House Conferences on Aging. Ken has twice received the distinguished American Society on Aging Award for outstanding national leadership, and American Demographics honored him as the single most influential marketer to baby boomers over the past quarter century. His article in the Harvard Business Review, “It’s Time to Retire Retirement,” was awarded the prestigious McKinsey Award, tying for first place with the legendary Peter Drucker. PBS Next Avenue named him a 2016 Influencer in Aging for his work pushing beyond traditional boundaries and changing our understanding of what it means to grow older. Ken was honored by Investment Advisor as one of the 35 most influential thought leaders in the financial services industry over the past 35 years. Ken and his wife, Maddy, recently received the Esalen Prize for their outstanding contributions to advancing the human potential of aging men and women worldwide. He was also awarded the Inspire Award from in the International Council on Active Aging for his exceptional and lasting contributions to the active-aging industry and for his efforts to make a difference in the lives of older adults globally.

During his career, Ken has addressed more than two million people worldwide in his speeches to corporate, association, social service, and government groups. His strikingly accurate predictions and innovative ideas are regularly featured in leading print and electronic media worldwide and have garnered more than ten billion media impressions.

In addition to his role at Age Wave, he is deeply involved in numerous activities for the public good including the Alzheimer’s XPRIZE which he co-envisioned with XPRIZE Founder Dr. Peter Diamandis in 2012. The Alzheimer’s XPRIZE team is now preparing to globally crowd source a new 21st century approach to ending Alzheimer’s disease.