When the grandchildren’s visits go awry

When Grandpa Don and (step) Grandma Marni dropped off Don’s son, Don’s wife, and their two young children at the airport, they felt guilty because they were so glad to see them leave.

New Englanders Don and Marni had rented a beautiful three-bedroom condominium for the winter on the water in Florida. As a Christmas present to their two grown children, both married with two young children each, Don and Marni bought them plane tickets and invited each family to stay with them for a week, a month apart, to enjoy a break from the cold New England weather.

The first family arrived with the two grandchildren both sick with colds and fevers. The parents explained, “We came even though the kids were sick, thinking the warm weather would be good for them.” Marni and Don spent the week taking care of their sick grandchildren while their parents took in the beaches and local attractions. After they left, Marni came down with a cold and fever that lasted for days.

“We were disappointed, and at first we said, ‘Never again!”

The second family arrived for their week in good health, but their grandchildren’s behavior left much to be desired: They rough-housed and fought with each other, grabbed food off each other’s plates, and complained about whatever activities Marni and Don had planned for them. The parents explained away their kids’ bad behavior by saying, “Kids will be kids.”

In describing these visits Marni said, “Our time together was strained. We would have preferred rescheduling the week with the sick grandchildren, and as regards our other grandchildren, we didn’t want to spend our time disciplining them. We were disappointed, and at first we said, ‘Never again!’ Then after a couple days of venting, we felt sad as we thought about not spending extended time with our grandchildren.”

Marni and Don addressed the unpleasant visits with a different plan for the next winter. They would rent a one-bedroom condominium for themselves, and they would rent a nearby efficiency with two bedrooms and a kitchenette for a week for each of the two families. They also plan to rent a car for each visiting family. Marni and Don figured out that paying for the plane tickets, the efficiency, and the rental cars will be more cost effective than renting an upscale three-bedroom condo for three months.

Marni and Don like this new plan, as the visiting families can have privacy, independence, and take care of many of their own meals. In addition they feel that the actual time they will be spending with Don’s grown children and their spouses and their grandchildren will be more relaxed and fun for everyone.

Now they are looking forward to these visits. 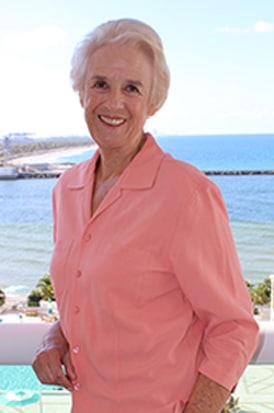 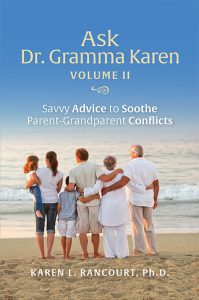