Posted on February 26, 2019 by Christine Crosby in grandchildren, grandparents

4-Year-Old: A Field Guide for Grandparents

You’re chugging along in life, riding the wave of your career, say, and enjoying the fact that your kids have left the nest. You can go out without worrying about teenagers lighting cherry bombs in your toilet or doing anything else that requires police intervention and/or consulting a professional plumber. You can rest easy on the fact that you will come home to quiet, everything nice and neat and where you left it—no crushed, greasy pizza boxes on the floor nor sweaty socks in the entry-way chandelier (this happened at our house once. My boys had a contest to see who could get the most socks into the bowl of the hanging light fixture).

You relish quiet nights watching Hidden Expedition or Downton Abbey and cherish the fact that you may eat as many Mint Milanos as you wish undisturbed. You may have to share one or two with your spouse, if you have one, but gone are the grubby hands of your children digging into your favorite snack of all time, and gone is the backwash of floating cheeto crud they leave when they ask (or don’t) for a swig (a.k.a., a gallon-sized gulp) of your Diet Dr. Pepper. Occasionally, you may feel a pang of emptiness, a kind of Aw man that rolls through you as you remember when one of them snort-laughed during a game of Pictionary and the game was irrecoverable because no one could regain their composure, or a time when a prolonged sit on the bed soothed some kid at school’s hurtful jab. However, this passes and you once again delight in blasting Josh Groban and Celine Dion in the shower. Time for my music, you say to yourself, rubbing your palms together.

And thendirty diapers, vomit, crying, sleeplessness, snot, endless laundry—these all work together with the grand social, emotional, mental, and financial expenses of it all to smack them upside the head, and you get to sit back with your knowing smile, perhaps gloating a wee bit, snuggling that sweet baby and smelling her lovely babyness. You bond with her immediately and vow to be her Great Protector and Teacher, your cape flowing in the wind, for that is your role as a grandparent.

And if you buy this sunshine-and-roses bull, you may as well bow out of life and take up with some carnies, because you don’t even have an inkling. The “grand” in “grandparent” doesn’t hurl you up on some lofty pedestal from which you bestow golden rays of wisdom. No. “Grand” doesn’t mean you’ve risen to the level of Illustrious or Magnificent, probably not even Venerable. “Grand” means extra, as in additional, like getting a grande at Starbucks. You get the 12-ounce tall, plus an extra four ounces. As a grandparent, you get to be a parent all over again in that you’re teaching your children how to be parents, and the extra four ounces is that you get to parent your grandchildren as well.

And your house will never be clean again, so make peace with that right now, along with the fact that the Mickey Mouse Clubhouse theme song is now the soundtrack to your life and you will be expected to have gummy fruit snacks at any given time and place. Stuff your pockets, your purse, your glove box. Put some baby wipes in there too.

You may be more than a little out of practice but fear not. There is endless wonder and fun to be had and shared as a grandparent. This field guide will familiarize you with the dauntless spirits of four-year-olds and advise you on how to maximize your time with them. Why the focus on four-year-olds and not, say, infants or toddlers? Because four-year- olds are a whole other ball of wax (or slime or Playdough). Infants and toddlers are both wonderful and trying in their own ways, but four-year olds straddle the line between toddlers and big kids. They’re basically little adults, like hobbits. Let me show you what I mean and help you navigate the complex world of the prekindergartener. I will use my granddaughter, Kendall, as an example.

For kicks and giggles, here’s a list of other things grandparents need to gear up for with a four-year old.

“Hey Kendall, what does that beautiful cloud look like?”

Dissolving into giggles, she yells, “Poop!”

The next time: “Hey Kendall, look at that shooting star. Isn’t that cool?”

Another day: “Hey Kendall, what should we have for dinner tonight? Spaghetti?” 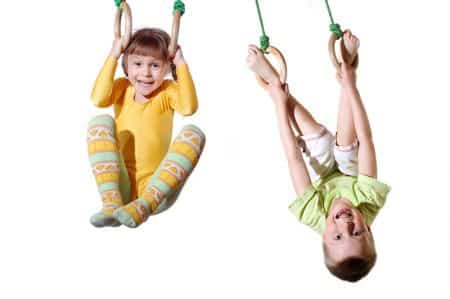 Get used to it; embrace it. “Great!” I say. “Let’s have some sprinkles on our poop.”

These might be the most valuable part of your legacy, and you should never shy away from them or tell yourself that her parents will teach her that. Teachable moments are those spontaneous instances in which you teach a life lesson to your grandkid, and since four-year olds can do and understand so much, there should be ample opportunities. These don’t have to be monumental lessons (like, for example, stranger danger, which should be a full-on, sit-down, oft-repeated talk as well as a spontaneous lesson); they can be simple and should always be age appropriate. When your grandchild asks you where her belly button came from, you don’t want to launch into an explanation about umbilical cords and placentas and how Grandpa cut her daddy’s cord and it was all rubbery and gooey. That’s TMI (too much information, as the kids say these days) at her age. You might just say, “You were born with it! So cool, right? Look! I have one too. We all do!” and let it go at that. If she looks quizzical, like she’s on the cusp of requesting more information, be creative. You could talk about belly-button maintenance: “You know what’s weird? Stuff gets in your belly button sometimes, like little hairs and dust, and you have to take a Q-tip and clean it out. Sometimes it’s smelly! Ew! Your belly button is so cute, though. I bet fairies live in it! Do you think fairies live in it?” You get the idea—whatever the kid is into. “What about dragons? Do dragons live in there? No? What about yokai?”

Remember that you are an example in all things; kids will do what you do because they trust and look up to you. Even better, as the grandparent, you have the life experience to back up your lessons. For instance, lately Kendall has been into watching Master Chef Junior. She says she wants to be on that show one day, so I said, “Well, maybe it’s time to learn how to cook. What do you think?” She agreed, so the next morning, I taught her how to make a hole-in-one (an egg cooked in a hole in the middle of a slice of bread), which I learned how to make in Brownies when I was five or six. This situation was rife with teachable moments, like when I plugged in the griddle and explained how it was going to heat up, and that’s what would cook our hole-in-one. Naturally, this led to a brief talk about burns, during which I showed her a couple of small burn scars on my hands and mentioned how much they hurt at first. I told her that we go slow around hot things and we never touch them directly. She was appropriately serious and attentive because I was. Next, after she made the hole in the center of the bread slice with a cup and munched on the cutout (first things first), I let her butter the bread. I told her how we hold knives and why (this was just a butter knife, of course, but it’s okay to learn caution with any knife) and that we don’t get wild with them.

Next I let her lay the buttered bread on the grill using a spatula, and this allowed me to talk about the hot surface again. She then cracked the egg into the hole, we salted it a tad and let it cook, flipped it, and then served it up with a side of green grapes. We took pictures and proudly posted them. This child was beaming. She loved what she’d made with her own little hands. There were other lessons—the whole salmonella/egg freshness issue, the dangers of too much salt—but these would’ve been too much, too soon, and I wanted to nurture her newfound hobby, not make it dark and daunting. Choose your lessons carefully. Let them be brief and meaningful, and always repeat them when the moment calls for it:

“Because we’re in a parking lot.”

“ … cars don’t see me because I’m short and you want to keep me safe.”

“That’s right! Because I love you so much, my precious girl.”

And by the way, those words, fellow grandparents, in that last sentence there, are the most important thing to pass on, without fail, every single time. Say them out loud, and live out loud for your grandchildren. You’ll never regret it.

For more humor writers in GRAND 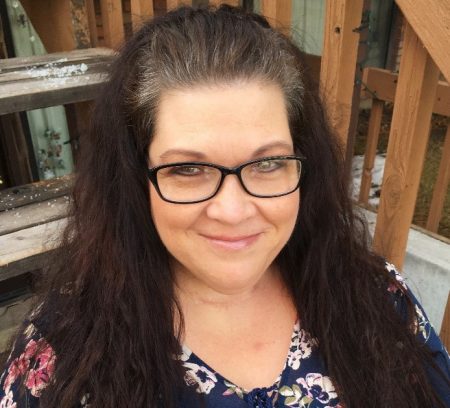 Lisa Smith teaches college English and proudly exclaims that she is the luckiest grandma in the world to Kendall, age 5, Desmond, age 3, and Ezra, age 2. She wrote, “Four-Year Olds: A Field Guide for Grandparents, to chronicle Kendall’s wonderful silliness at age four.