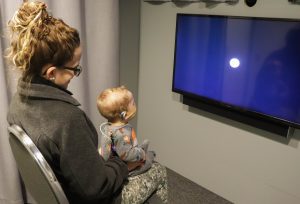 “This is somewhat counterintuitive because a lot of people assume that deaf children compensate for their lack of hearing by being better at processing visual things, but the findings of the study show the opposite,” said Claire Monroy, post doctorate otolaryngology fellow at The Ohio State University Wexner Medical Center and co-author of the study.

To test their visual processing skills, researchers showed infants different objects on a screen. When a baby has successfully encoded the object, they will lose interest and look away. This familiarization is what researchers call habituation. “Deaf infants took longer to habituate to the objects and looked away from them less than hearing infants,” said Derek Houston, associate professor of otolaryngology at Ohio State. “These results were surprising because you wouldn’t expect there to be such profound differences in a test that really has nothing to do with hearing.”

However, researchers say the results don’t necessarily mean that deaf children are learning at a slower pace. “Because they use vision to process the world around them, they may pay closer attention to visual objects,” said Houston. “They might actually be processing more about each object.”

Future research will examine why these differences in visual learning exist so that each child is taught in a way that works best for them and leads to healthy development. “Understanding the source of these differences can really help us tailor interventions specifically for these children,” said Monroy. “And the earlier that happens, the better.”

FEATURED IMAGE:  Macey Kinney plays with her 10-month-old son Zealand, who was born deaf. A new study shows that developmental differences in deaf babies extend beyond language and hearing, and begin surprisingly early in life. 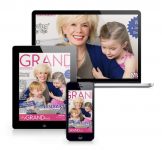 Read more in GRAND – When your grandchild is hearing impaired