“No one has ever become poor by giving,” Anne Frank, Diary of Anne Frank.

Thirteen-year-old Cooper and ten-year-old Chase Wommack volunteer in their hometown in California. Each summer they go to a site set up by a local food bank to help serve lunches to kids in need.

One in five children in their community live in poverty. During the school year they’re fed through federal programs. But what happens during summers? Many children go hungry.

Cooper and Chase know how lucky they are to go to a school that has electricity and running water. “Lots of books too!” Chase said. And they realize how lucky they are to get on an airplane with their family and travel to different countries. While in Nicaragua they shared bananas with kids at a school with dirt floors and meager supplies. Even thought they don’t speak a foreign language, they make friends while kicking a soccer ball. “My grandmother says we’re building bridges between our countries,” Chase said.

In Thailand they pitched in at an elephant sanctuary. “We jumped in the river and helped wash elephants,” Cooper said.

Chase giggled. “It was more like a mud bath!”

Last year, the boys flew with their grandmother, aunt, and parents from California to Washington D.C. While riding bikes to National Mall they saw homeless camps in parks and churchyards. That gave the boys an idea. But ideas are easy. It’s the execution that gives them power.

Back at the hotel, they asked the desk clerk for bars of soap and mini bottles of shampoo. They collected new toothbrushes, toothpaste, and combs. Items were sorted and dropped into zip-lock bags.

“We do the same thing at home,” Chase said.

It didn’t matter if their family was on their way to a museum or monument. If the boys saw someone in need they stopped to ask them if they’d like a ‘goody bag.’ Their family stood nearby while smiles were exchanged.

Cooper and Chase see goodness in everyone. As their grandfather tells people, “They like to share their luck with others.”

ABOUT THE AUTHOR – SHERRY SHAHAN 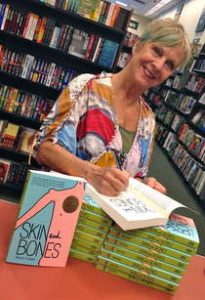 My credits include the Los Angeles Times, Christian Science Monitor, Family Fun, Highlights for Children, Country Living, Backpacker and many other magazines and newspapers. I hold an MFA from Vermont College of Fine Arts and teach a writing course for UCLA.  Reach Sherry here: www.SherryShahan.com 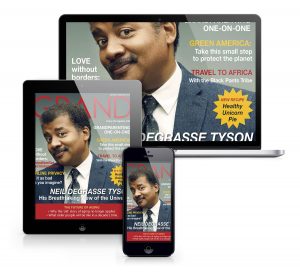 IF YOU ENJOYED THIS ARTICLE, WE HOPE YOU WILL SUPPORT OUR MISSION TO CONNECT FAMILIES BY SHARING THIS LINK:

WWW.READGRAND.COM  WITH FRIENDS AND FAMILY