5 Cool Things To Do With Kids In New York City

5 cool things to do with kids in New York City

Deciding what to do with kids in New York City can be a daunting task, with dozens of exhibits, museums and sights to choose from. As a New Yorker with two grandsons who live nearby, we have pretty much experienced it all.  If you are taking your grandkids to the Big Apple, here are five activities I would put at the top of your list:

An interactive exhibit with a blend of technology, this 50,000 square feet of space has been transformed into a magical miniature world.  With attention to detail, New York City, along with dozens of other cities and nations from five continents, are recreated in minute details. New York’s scaled-down city showcases Rockefeller Center, Times Square, the Brooklyn Bridge with Spider-Man hanging on, the High Line, the World Trade Center, the 9/11 Memorial and much more.   Taxis, tunnels, shops, commuters waiting for a subway, have all been captured.

Gulliver’s Gate goes beyond New York City, and replicas of famous landmarks worldwide can be seen including the Taj Mahal in India, Arc de Triomphe and Eiffel Tower in Paris, the Panama Canal, the Pyramids in Egypt and the Great Wall of China.

Visitors are given a key when they enter, and while journeying around the globe, with a turn of their key at different stations, scenes come to life: a bridge goes up, pedestrians walk, cars move, tiny people work at their jobs—and so much more. Created by DreamWorks, this pop-up interactive exhibit will thrill young fans of the Trolls movie.   After being greeted by a guide, visitors follow a rainbow path to a myriad of fun.

Kids can pick out a wig and have their face painted at the hair salon, look at themselves in a funhouse mirror, play in a musical space, catch confetti in an air tunnel and engage in an interactive video game. The journey ends with Poppy’s Dance Party. A 3-D screen (special glasses provided) lets guests sing and dance alongside their favorite Trolls characters that seem to be popping off the screen, thanks to the 3-D technology.

To make this adventure a lasting memory, kids collect stickers along the way, and before leaving, they are given a scrapbook to attach them. There’s also a photo machine that will create an instant picture to be included in the book.  And before bidding adieu, there’s a final “meet and greet” with Poppy. The exhibit is available through May. No matter the weather or the season, there’s plenty to do in the city’s iconic urban park year-round.   There’s nearly 900 acres of trees, greenery, wildlife, playgrounds, sports, restaurants, statues and entertainment. Kids can ride the carousel with hand-carved painted horses, climb the Belvedere Castel and Alice in Wonderland statue, watch puppet shows at the Swedish Cottage Marionette Theatre, ice skate at Wollman Rink, watch the ducks in the pond, operate remote control model sail boats, go boating and visit the zoo. And if your kids enjoy amusement park rides, they can enjoy the roller coaster among other rides at Victoria Gardens, open from late spring to early fall. www.centralparknyc.org

To get an overview of Manhattan, visitors can hop on and off a double decker bus while a guide tells them about all the sights. Depending on the carefully designed route chosen, riders can get off and see the city’s biggest landmarks, including The Empire State Building, Statue of Liberty, Little Italy, Times Square, Chinatown and Grand Central Terminal. With an all-day ticket, jump off and explore the neighborhood, then  climb back on when another Big Bus comes by. There is even a tour that explores the borough of Brooklyn. www.bigbustours/newyork.com This is one of the city’s most appealing museums for kids, encompassing four city blocks on the Upper West Side. It showcases 45 museums halls, including biodiversity, dinosaurs, fossils, aquatic life, birds and reptiles, North American primitive mammals, the Great Canoe and many more.

There are always special exhibits taking place. From Oct. 6, 2018 to May 27, 2019 the Butterfly Conservatory will be open.

The glass enclosed Rose Center for Earth and Space chronicles the history of the universe and houses a planetarium with a virtual reality simulator.

ABOUT THE AUTHOR – ALICE BURDICK 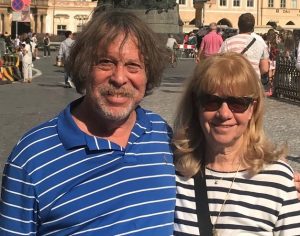 Alice Burdick Schweiger is a New York City-based travel, entertainment and medical writer who has written for numerous national magazines including Good Housekeeping, Family Circle and Woman’s Day. She is a co-author, with Laura and Jennifer Berman, of Secrets of the Sexually Satisfied Woman
Share 0
Tweet 0
Share 0
Previous
Next
{"email":"Email address invalid","url":"Website address invalid","required":"Required field missing"}