A Chance To Help Generations United

A Chance To Help Generations United

“…the [Generations United] Conference…[was] a chance for both [my granddaughter] and I to present. This is one of the best things that have happened to me since parenting the 2nd time. Thank you for giving me/us the chance to be heard.” –Helen, Kinship Navigator, Washington State

Our $5,000 fundraising goal for grandfamily scholarships is far from the $4 billion that grandparents and other relatives save taxpayers each year by raising children and keeping them out of foster care.

We need your help to reach our grandfamily scholarship goal. Your donation will go directly to support grandfamily caregivers and young people in grandfamilies participation in Generations United’s Global Intergenerational Conference, from June 12-14, in Portland, OR.

Help give them what Helen called “one of the best things …since parenting the 2nd time” by donating today. 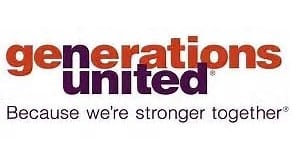 GRAND Magazine is proud to count Generations United as a GRANDpartner for GRANDparents. 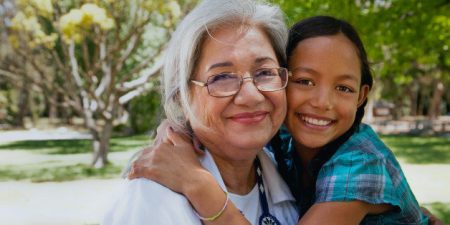 Love Without Borders: Grandfamilies and Immigration

As a teenager, Juan[ii] escaped abuse in his home in Guatemala and fled to the United States. After being detained at the border, he eventually found himself in the loving care of his grandparents in Washington State. A lawyer at NorthWest Immigrant Rights Project, an organization in Washington state that helps children released from the Office of Refugee Resettlement, helped obtain “Special Immigrant Juvenile Status” for him.  Now age 20, Juan has graduated high school and plays guitar in a musical group.  He credits the love and direction of his grandparents for guiding him on how to move forward.

Juan is among the more than 2.6 million children are being raised in the United States by grandparents, other relatives and close family friends with no parent in the household.[iii] These “grandfamilies”  are families in which relatives or close family friends step up to raise children unexpectedly because their parents cannot. With increased immigration enforcement and children being separated from their parents at the border, grandparents and other relatives are stepping up to raise many of these children too.  The national data is compelling.  Although we do not know how many of these grandfamilies form as a result of a parent’s detainment or deportation, we do know that approximately 21 percent of the 2.6 million children in grandfamilies – or 544,000 children – are living in immigrant grandfamilies, meaning the child, the parent(s), and/or the kinship care provider(s) are foreign-born.

While the reasons grandfamilies come together differ, one thing typically remains the same, children suffer loss and trauma from being removed or separated from their parents. This loss can cause irreparable harm to a child’s development. Moreover, separation from a parent who is detained or deported can compound a child’s existing trauma, which they may have as a result of living in a dangerous and violent environment in their home country or their long journey to the U.S.  When this, and all types of separation happen, finding a loving relative to care for the children can buffer the effects of the children’s stress and reduce the trauma of separation. Decades of research repeatedly confirms that children thrive in grandfamilies when they have the support they need.

Yet grandfamily caregivers usually step into their role unexpectedly with little access to supports and services. In addition to challenges most grandfamilies face, immigrant grandfamilies often face additional hurdles due to restricted access to federal programs that could help, immigration requirements that bar relatives from becoming licensed foster parents, limited English, “public charge” rules impacting children’s access to services, trauma or fear of the government, and in many cases limited follow-up services for children released from the office of Refugee Resettlement.

Improved public policies and programs like the NorthWest Immigrant Rights Project can help children in grandfamilies thrive.  Juan understands this. Thanks to the program’s help connecting him with his family, his grandparents surrounded him with extended family and a community of love and support.  Family members taught him to play the guitar and took him to church regularly.  With his grandparents, for the first time in his life, Juan experienced simple things like weekend family gatherings where they cooked, ate and laughed together.  As Juan beautifully puts it, my grandparents “taught me to live happy” and now “every day is a joy.”

Learn more about grandfamilies and immigration and recommendation to improve support for children in grandfamilies from Generations United’s 2018 State of Grandfamilies report.