Did You Know This About Mother’s Day?

Mother’s Day, created by Anna Jarvis, was first celebrated at St. Andrew’s Methodist Church in Grafton, West Virginia, on May 10, 1908. Its purpose was to recognize mothers, motherhood, and maternal bonds in general, as well as the positive contributions that they make to society.

In 1914, Woodrow Wilson signed a proclamation designating Mother’s Day, held on the second Sunday in May, as a national holiday to honor mothers. Although Jarvis was successful in founding Mother’s Day, she would later denounce the holiday’s commercialization and spend the latter part of her life trying to remove it from the calendar.

Last year, according to a National Retail Federation survey, sales posted to celebrate Mother’s Day are estimated at $23.1 billion, with an average of $180 spent on each mom. According to research published by The Guardian, about 141 million Mother’s Day cards are sold annually, surpassed only by 151 million Valentine’s Day cards, and 1.6 billion at Christmas. In addition, about 122 million phone calls to mom are made, and about 25% of adults bought florals for Mother’s Day gifts.

Yes, indeed, Ms. Jarvis, the simple Mother’s Day idea you conceived to honor your mother, and all mothers, morphed into big business!

. . . The Important Evolutionary Role Grandmothers May Have Played?

Many mothers who are honored on Mother’s Day are also grandmothers. It is well known that according to the last census, 2.7 million grandmothers/grandparents nationwide are raising their grandchildren (many experts expect this number will show an increase in the 2020 census). These grandmothers deserve all the recognition, plus some, that they receive on Mother’s Day.

Another group of grandmothers also deserving of our gratitude are those whose evolutionary contributions, for the most part, have gone unacknowledged. For example, evolutionary biologist Jonathan Lambert, an intern on NPR’s Science Desk, explores an interesting concept about why grandmothers live so long in his article, “Living Near Your Grandmother Has Evolutionary Benefits.”He writes:

Killer whales, Japanese aphids and Homo sapiens – they’re among the few organisms whose females live on long past the age of reproduction. Since the name of the evolutionary game is survival and reproduction, the phenomenon begs explanation – why live longer than you can reproduce? In the 1960s, researchers came up with the “grandmother hypothesis” to explain the human side of things. The theory is that the help of grandmothers enables mothers to have more children. So women who had the genetic makeup for longer living would ultimately have more grandchildren carrying their longevity genes.

Mr. Lampert goes on to cite the research and details underpinning this “grandmother hypothesis.”

John Poole, a senior visuals editor at NPR, wrote another article of interest titled, “Why Grandmothers May Hold The Key To Human Evolution.” Mr. Poole writes:

Over many extended field visits, Hawkes [Kristen Hawkes is an anthropologist at the University of Utah] and her colleagues kept track of how much food a wide sample of Hadza community members were bringing home. [The Hadza are a population of hunters and gatherers living in a 4,000km2 area around Lake Eyasi in Northern Tanzania.] She says that when they tracked the success rates of individual men, “they almost always failed to get a big animal.” They found that the average hunter went out pretty much every day and was successful on exactly 3.4 percent of those excursions. That meant that, in this society at least, the hunting hypothesis seemed way off the mark. If people here were depending on wild meat to survive, they would starve.

So if dad wasn’t bringing home the bacon, who was? After spending a lot of time with the women on their daily foraging trips, the researchers were surprised to discover that the women, both young and old, were providing the majority of calories to their families and group-mates.

Mostly, they were digging tubers, which are deeply buried and hard to extract.

The success of a mother at gathering these tubers correlated with the growth of her child. But something else surprising happened once mom had a second baby: That original relationship went away and a new correlation emerged with the amount of food their grandmother was gathering.

She [Hawkes] describes this finding as “mind-blowing.” In this foraging society, it turns out, grandmothers were more important to child survival than fathers. Mom and grandma were keeping the kids fed. Not Man the Hunter.

As the hypotheses put forth in these articles by Mr. Lampert and Mr. Poole suggest, although they are not conclusive and require further research, having a grandmother close by through many millennia may have, in fact, increased children’s chances of survival.

So, here’s my suggestion. Let’s celebrate Mother’s Day this year with an expanded group in mind: Here’s to all those long-deceased mothers and grandmothers whose contributions have been life transforming and life sustaining in so many, many ways.

Note: You may also enjoy reading Jonathan Lampert’s article, “Life Lessons From Grandma: Eat Last, Ignore Naysayers, Stop Texting!” in which he shares heartwarming stories from his readers about the positive influence of their grandmas from around the world. The photographs included are wonderful, too!

ABOUT THE AUTHOR – KAREN RANCOURT, Ph.D. 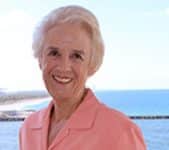 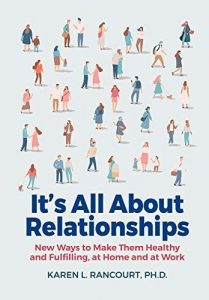