Grandparents: The Art of Influence

By Vincent A. Wolfington

By the time people reach grandparent status, they have fixed ideas about parenting. They tend to look at the world around them through their individual lens of experience as parents and in watching the parenting by others. But, the grandchildren aren’t looking for another set of parents. They look at their grandparents through a different lens — their own.  When grandparents are a safe harbor, they have significant influence on grandchildren.

“There is no one size that fits all in the orbit of parenting. That circumstance prevails with grand-parenting as well.”

Society measures people’s IQ and can assess athletic prowess through physical tests and visual observation, but there doesn’t seem to be a definitive way to identify the perfect style for parenting. Part of the reason for this dilemma is that everybody is wired differently. There is no one size that fits all in the orbit of parenting. That circumstance prevails with grand-parenting as well. 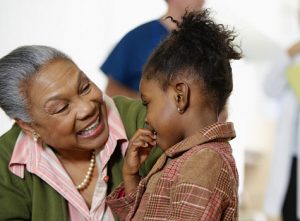 ABOUT THE AUTHOR – Vincent A. Wolfington

Mr. Wolfington is number seven out of nine siblings, father of five children, and grandfather of fourteen.  He has had a career in travel-related services, education and entrepreneurship on a global scale.