Memorial Day: Freedom Is Not Free

Memorial Day – Freedom is not free

Monday, May 27th is Memorial Day, our nation’s commemoration of the sacrifices made by those whose lives were lost for the freedoms we hold sacred.

Whether our veterans survived their military service, or were killed on the field of battle, our country owes each of them, and their families, a debt of gratitude.

As we look back at the wars proposed by presidents, declared by Congress, and supported to varying degrees by our citizens, let’s remember that none of these conflicts were or, to this day, are immune from political and social controversy.

But we should never confuse debate over military policy with the need to be respectful of those whose lives are at risk on the battlefield, in the air, or on the seas.

I am very conscious of the history of our African-American neighbors whose ancestors came shackled in the holds of slave ships, and Native-Americans whose ancestors were slaughtered or subjected to racist cruelties.

I believe with all my heart that we should know our own history and should passionately advocate so that the children of all families can enjoy the opportunity to be free from the threats of injustice, oppression and terror. 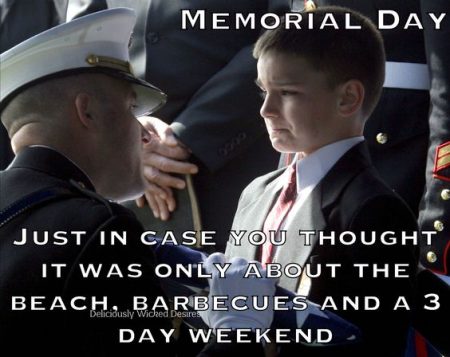 Our freedoms were earned, bled for, and in many cases, died for.

Memorial Day presents the chance to gather our thoughts and honor the military service of our parents and grandparents, sons and daughters, brothers and sisters, aunts, uncles and cousins.

These individuals either volunteered or were drafted, wore the uniform of our armed forces, and gave all or a portion of their lives in service to our nation and its allies.

In honor of those we’ve lost, let’s not be passive about the importance of their sacrifice.  In their honor, let’s pledge to participate in the following advocacy activities:

He serves as Partnership Director for GRAND Media, is a member of Generations United   and was a founding member of the Board of Voices for America’s Children.