Are Your Grandkids Victims of Cyberbullying?

Cyberbullying Remains a Serious Problem in 2019

This article provided by our friends at BroadbandSearch

Here is a new guide for 2021with the latest and up to date information: https://www.vpncompass.com/cyberbullying-statistics/

As we can all agree, bullying has been a part of life for all of us, though up until recently, bullying has remained confined to in-person situations that can be dealt with efficiently by teachers, managers, and other superiors.

Fast-forward to today’s world of apps and social media, cyberbullying has become a significant problem, and statistics are showing us that the issue is worsening.

All statistics are pointing toward an increase in cyberbullying of more than double since 2007, and that’s a significant problem when we consider that a large number of those affected are young children and teenagers.

With billions of internet users around the world calling multiple social media platforms their home base, it’s expected that each platform has its own bullying problems. A quick glance into the numbers shows us that some social media networks are far worse than others when it comes to bullying.

At the lowest end of the spectrum, Twitter comes in with just 9 percent of users experiencing bullying, whereas Instagram is by far the worst network for bullying with a staggering 42 percent of users reporting being bullied at least once.

Cyberbullying stats from the top social networks are as follows:

As those stats show, cyberbullying remains a massive societal problem on a global scale, and a study out of Florida Atlantic University has revealed that cyberbullying is also beginning to leave the digital world, with students and young adults reporting that in-person bullying increased after they were cyber-bullied.

Effects of Cyberbullying on Mental Health 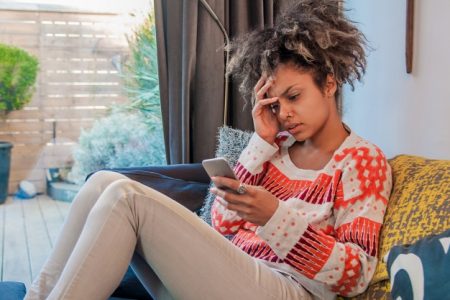 A few of the most common mental health issues that have arisen or have been propelled by cyberbullying include:

Keeping in mind that all of these issues could be happening on a global scale, and affecting upwards of a billion people, we could be heading toward a world-wide epidemic.

In the future, it’s a possibility that millions or hundreds of millions of people are required to seek help and forgo certain types of employment as a result of neurological or mental health disorders developed as a result of cyberbullying. 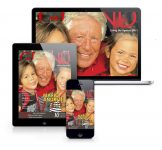 If you are enjoying this article get more…get GRAND – www.ReadGrand.com

How to Fight Back

Highlighted by BroadbandSearch, more than 90 percent of children who witness cyberbullying online completely ignore it. Either out of fear of speaking up, or being unable to do anything of meaning in an online-only setting.

This statistic alone shows us why cyberbullying is so easy to get away with online — because it’s ignored.

It is suggested that to do your part to fight back against the cyberbullying epidemic, you should work to talk and understand whether friends, family or your children are being affected by the bullying.

Outline to children what cyberbullying is and how they can deal with it, and move to explain that reporting or sharing cyberbullying isn’t a bad thing that can get them in trouble.

Without a doubt, the best way to attack cyberbullying is by exposing it. 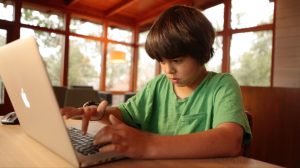 Keeping sufferers in the dark and ignoring the issue will only make the problem worse, and as outlined, again in BroadbandSearch, teachers, school administrators and workplaces should be made aware of the issue so that superiors can keep a close eye on whether the cyber act of bullying is also spilling over into the real world.

From the stats mentioned above, it’s becoming clear that cyberbullying is going nowhere fast, and although schools and social media platforms across the globe have begun implementing an array of anti-bullying campaigns, the problem continues to escalate.

It’s in everyone’s best interests to keep cyberbullies and cyberbullying in the spotlight to help deter it.

For more on cyberbullying…Could your grandchild be a bully?