Get Rich Quick Schemes, Ransom Threats and  Other Scams

Well…no they’re not. I don’t know which came first but this commonplace scam might have been inspired by a 2016 episode of the chillingly prescient sci-fi series, Black Mirror (Netflix).

Actually, companies and even cities are being hacked for ransom. In June, the city of Riviera Beach, Florida, a community of 35,000 residents, paid a $600,000 ransom to get its data back. But there are no widespread reports of individuals being attacked like this, and why would anyone bother?  It costs nothing to send a million emails and someone will believe the scam, right?

The National Council on Aging lists three scams making the rounds. First is a new twist on the “help, it’s me, your stranded grandchild”.  Now, instead of wiring money or sending gift cards, they instruct you to put cash in a magazine and mail it. That sounds legit, right?  Fake charities that pop up after natural disasters and posing as the Social Security Administration round out the top three new scams targeting seniors in 2019. NPR’s Marketplace adds Lottery Winnings and others to their list.

And, there’s also the one about the IRS saying you are going to jail. Or Microsoft saying there’s a problem with your computer. If it’s any consolation, according to the FTC, 43% of people in their 20s reported losing money to fraud and only 17% of those in their 70s did. At the same time, if you believe them, NPR’s Marketplace says that as we age, “there is neuroscience and psychological data to suggest our ability to detect sketchy situations may decline.”

But there are ways to protect ourselves. Here are three to get started.

For a phone call, you may feel pressure to respond at the moment. However, try this trick from media relations. Say “I’m in the middle of something right now. Can I get your name and number and I’ll call you back?” Of course, if someone won’t give you their name and number that’s a good sign it’s not legitimate. And if they do, 1. it gives you time to search online to verify if that’s even possible (e.g. the IRS will never call you and demand money. They’ll write you a nice letter instead.) and 2. that gives you information to report the scam. 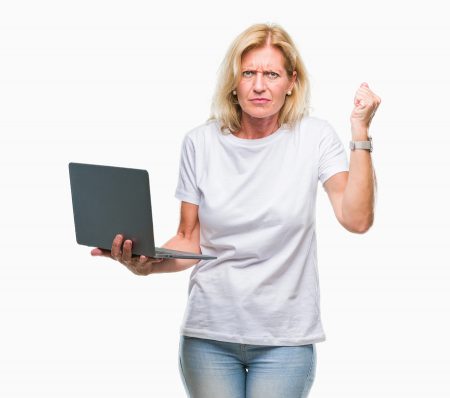 The important message here is to get “Third Party Verification.” Ask if others have gotten similar calls. Add the word scam to your search, as in “Grandchild needs money scam,” and you can get immediate verification.

Talk to Family and Have a Plan

For scams that claim to be family members, talk to your family ahead of time and have a plan. It could be as simple as agreeing that you’ll ask “How’s Fluffy” when your dog’s name is really Spot. Or maybe it’s a secret code word that only the two of you know.

Scammers prey on the fact that many older adults have a smaller social circle and can be more isolated. Talking to others is critical, whether it’s family or your Friday morning coffee klatch.

The idea that you could get rich quick is so enticing. But it’s not true. It’s never true. It never has been true. And you actually know that. In reality, no stranger is going to call you and ask you to share their fortune if you would just give them the money to get started.

Always look at the source as well. You may get an email that has the name of someone you know, but if you look at the actual email address it is different. In particular, if someone you haven’t spoken to in three years sends you an email saying “I just found this product and it’s changed my life. You should try it too.” No—they did not search out a casual contact from three years ago to share this. Do not click it.

Check the email address. While the “from” name may be your bank, your friend, your insurance company, the email address itself will be something different. And if you get an email from someone familiar, but there’s no personal message, just a link to click. Don’t do it. And let your friend know their email has likely been hacked.

Get help from people assigned just for this purpose.

A new federal law, the 2017 Elder Abuse Prevention, and Prosecution Act appointed what is called “elder justice coordinators” at U.S. Justice Department offices around the country. You can call the Eldercare Locator, a government-sponsored national resource line, at 1-800-677-1116, or visit their website at https://eldercare.acl.gov, to find help near you. The FTC also provides more safety tips and advice for identifying fraud.

And back to that accusation about your unsavory internet habits…Hopefully, it won’t happen to you. But if it does, once you recover from the shock, have a good laugh, and then mark the email as spam to block future emails from that address. Never, ever respond—you may be marked as a target! Periodically visit your spam folder to fully purge any emails without opening them. Finally, email scams are a federal crime. If you were so inclined you could also report it to the police or the FBI. 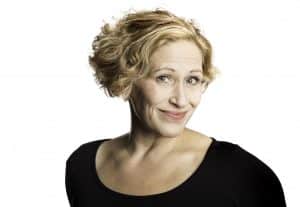 Deanna Shoss is a marketer, writer, interculturalist in Chicago. As President and CEO of Intercultural Talk, Inc. she provides digital, intercultural and real-life marketing for entrepreneurs and people following their passions post age 50, who need strategy and know-how to adapt to new communication technologies. She speaks Portuguese, Spanish and French and is a certified Body Pump and group fitness instructor.