Out Of The Mouths Of Babes (Grandchildren)

Out of the mouths of babes (Grandchildren)

BY CAROLYN ASHTON AKA GRANDMA OZ

It is so rewarding and entertaining when we really listen to our grandchildren.

As Grandparents often busy, but freed up from the 24/7 demands of parenting, we generally have the time to listen when we are with our grandchildren. It is fascinating and often such fun to enter their world and understand how they make sense of it.

For a year now, 3-year-old Jayden has been preoccupied with his favorite color blue. Interestingly I recently learned that children can use a favorite color to help define their identity and their choices may vary as they grow older.

He has favored blue clothes and shoes, grabbing blue sandals on the coldest of days and even chooses blue as the predominant color for his paintings. I enjoy my manicures and was surprised last year when he thanked me for the blue nail polish I was wearing. He was telling me that he thought I chose blue for him.

“I then playfully cried ‘Boo Hoo’ in protest. He thought for a minute; sighed and said ‘ Alright you can have one then.”

Since hearing this I often dedicate one nail to a particular grandchild. For example last Christmas my clever nail technician painted a cute penguin complete with a Santa hat for our 12-year-old grandson who loves (you guessed it!) penguins. His response to sighting it was a lovely spontaneous hug.

Back to Jay – a strong lovable little character whose recent response to feeling deprived when I asked him to finish his long shower was to return the favor! As my birthday was coming up he announced that as far as he was concerned, I would now get NO  birthday presents. I then playfully cried ‘Boo Hoo’ in protest. He thought for a minute; sighed and said ‘ Alright you can have one then.

If the shoe fits, wear it! 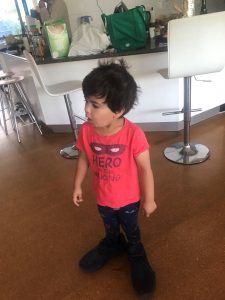 Last week when the family was staying with us and we were heading out in the usual mad scramble of a young family I asked if he had his shoes on. Listening well he happily replied ‘Yes Grandma!’ and I was relieved to hear this until I looked down to see him proud as punch standing in his Daddy’s shoes! Gotta laugh.

For a special afternoon tea treat, the boys’ dad, Ash and I offered chocolate dip with strawberries bananas and cookies. We were all enjoying these when Jay’s five-year-old brother Joshie suggested that he had eaten enough sugar by announcing ‘ I feel like I’ve got a party in my brain.

As Grandparents, we celebrate the happiness and excitement of our grandchildren at Christmas and Easter. Notwithstanding the religious aspects of these occasions, we often wait with their parents to see how long they truly believe in Santa and the Easter Bunny. It was therefore quite enchanting to hear Tye at age 8 interpreting the twinkling lights of a distant plane in the Christmas Eve sky as Santa and his reindeer.

Out of curiosity I recently asked Joshie (Tye’s 6-year-old cousin)  about Easter Bunny. He was quick to oblige, explaining that he was ‘a bit like Santa as he  has a sack full of Easter Eggs for every child in the world.’ On hearing this I asked if he might need a wheelbarrow or something bigger to manage his heavy load. Joshie then looked at me quite surprised saying ‘ He’s not that smart Grandma!

Listening out for leadership 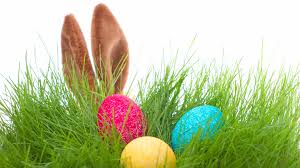 When the Easter Egg hunt followed we were all touched to hear Joshie locating Easter eggs in short succession and then pausing to ask his little brother which he would prefer. As a Grandmother, I am always listening out for altruistic and leadership-like behaviors so I noted his kindness. It is amazing how often children in happy homes help their siblings or parents out and I think it is important to recognize this. Even a toddler grandchild will beam with delight when this occurs. Grandparents supporting grandchildren experiencing tough times seem to intuitively try to build their self-esteem and hope for the future with positive reinforcement and extra hugs.

A Grandmother known as Nonna was hesitant about her 7-year-old granddaughter Lizzy’s ability to enjoy a big game of Australian Rules football after a long four-hour drive to the city to see it. However, when Lizzy insisted, she decided to take her.

To her surprise, Lizzy did not become bored and restless. After asking a few questions she picked up the basics of the game, chose her Nonna’s team, (naturally)  and cheered madly like a seasoned footy fan when they scored a goal. When her Poppy rang to see how she was going she told him that it was just as well he wasn’t at the game as his team was being ‘smashed’!  Nonna was glad that she had listened to Lizzy’s assertion that she would be fine at the game. Consequently, they enjoyed a  special day together and she smiled when she saw Lizzy yawn and cuddle up close to her in the last few minutes of the game.

All my grandchildren are fond of our golden Labrador known as Charley Marley by the younger ones and Charles by the tongue-in-cheek thirteen-year-old. Last week Charlie and I visited a friend who has no pets and had placed several bowls of  RatSack poison in her garage to get rid of these tiresome critters.

Listening in to reassure 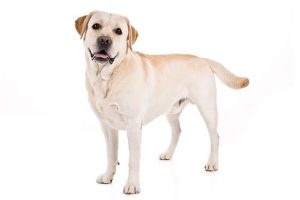 Unfortunately, Charlie in true Labrador form is not exactly a  discerning diner so followed another dog into the garage and demolished two bowls of rat sack. Our visit was cut short to rush him off to the Veterinarian. Luckily Charlie was saved. The family, of course, heard about his close call and three-year-old Jayden asked me if Charlie had died after eating the ‘rat sat.’ I was pleased to reassure him but also glad he had asked me as he is especially fond of Charlie.

It is always interesting to hear what is on our grandchildren’s minds – some are articulate and others are much more reticent. In my experience it is this latter group that needs our closest attention as they can be worried or upset about issues which we can potentially resolve or make more manageable; thereby reducing their distress and anxiety. If you are enjoying this article, you can get GRAND Magazine FREE here: www.ReadGRAND.com

Sometimes we could do it better 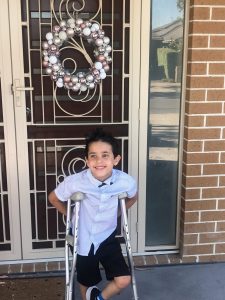 However, I have to ‘confess’ that when Joshie really needed me to listen one night I was ‘deaf’ to his needs.

It was bedtime and he was struggling to settle. I sat beside him and he said he wanted something soft to cuddle, so I skedaddled and came up with a soft toy which he did not like. I kissed him and encouraged him to go to sleep which he simply could not do, so his Mum joined him. She returned later to share that he was actually feeling miserable, in his ‘default position ‘(my word for the place any of us descend to, at our lowest ebb) with all the worries in the world. Thankfully his Mum listened and comforted him and sent him off to sleep. It really does take a village to raise a child!

Joshie and I are very close. We talk about so many things, real and imaginary; we play lots of games together and love our cuddles. He actually has a rare hip disease called Perthes, which is both painful and restrictive and I so wish that I had really listened to him that night when he was feeling overwhelmed by it all.

Usually, he manages well. However, sometimes he feels sore, scared of scheduled surgery for his condition and sad that he is unable to join his friends in junior team sports. That is a lot for any child to handle, especially one so young just starting school.

As Grandparents it is also rewarding when our grandchildren listen to us – when we can encourage them or share our wisdom and work alongside their parents to help them grow. Such was the case this week when our lovable and playful thirteen-year-old grandson was exploring school subjects for next year. One of these is the Bronze Duke of Edinburgh Award which is the first level of a youth development program involving fitness, volunteering, teamwork, and commitment.

“Children are forgiving especially when they know we love them unconditionally.”

When I saw this I felt it would be a wonderful opportunity for our grandson and I don’t mind telling you that I used all my powers of persuasion to  encourage him to do this as it would not only strengthen his considerable leadership potential but also his perseverance- a skill which he currently limits to his beloved sporting activities rather than schoolwork and family chores!  He listened to me and has enrolled in this subject.

Children are forgiving especially when they know we love them unconditionally. It is important for us also to recognize that we don’t need to be perfect Grandparents just ‘good enough’, and the same goes for our grandchildren’s parents, of course. Even though we are all concerned about Joshie’s imminent surgery I was pleased when he asked me if I will visit him in hospital. I sure will Buddy! And with bells on. Carolyn/aka Grandma Oz is an Australian Child Psychotherapist, Social Worker and former teacher who for many years has provided therapy to children teens and their families presenting with mental health issues, trauma and out of home care. A proud Grandmother of six, Carolyn believes grandparents have a key role to play in promoting the wellbeing and prosocial skills of their grandchildren