What Do You Know About Discrimination and Human Rights?

An Essay on Discrimination and Human Rights

Why is discrimination wrong?

While we all have our personal preferences in building relationships, I believe that acts of discrimination that disrespect basic human equality and deny dignity are wrong.

When an individual’s personal attitudes cross a line and transform into the unjust limitation of legal rights, action should be passionately pursued to rectify the situation.

Our nation’s history is chronicled by movements that address discriminatory laws, policies and practices in need of reform.  In fact, with the notable exception of the captive slaves who were brought here in bondage, many of our ancestors were motivated to come to this country because of the promise of religious, ethnic, cultural and economic freedoms prohibited in their homelands. 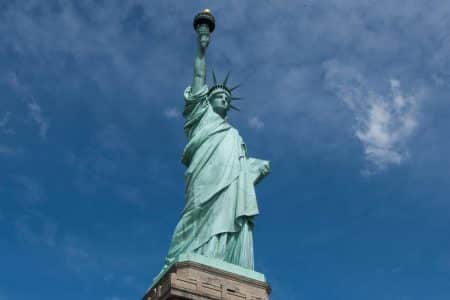 Few expressed that striving for freedom better than the poet Emma Lazarus who wrote these lines in 1883, emblazoned on the pedestal of the Statue of Liberty in New York’s harbor:

“Give me your tired, your poor,

The wretched refuse of your teeming shore,

Send these, the homeless, tempest-torn to me,

I lift my lamp beside the Golden Door.”

From the earliest European settlers who arrived five centuries ago and throughout our nation’s history, each generation finds itself confronted by the uncomfortable reality of discrimination.

The American Revolution was fueled, in part, by the colonists’ revulsion with the oppressive laws imposed by the autocratic British monarchy.  Thomas Jefferson is credited with penning the enduring words life, liberty, and the pursuit of happiness in our Declaration of Independence…even though they only applied to free white men at the time they were adopted!

American abolitionists employed moral reasoning as they sought to eliminate the inhumane system of slavery in the early decades of the 1800s.  The Civil War was waged as the economic engine of Southern agriculture was being threatened by the anti-slavery reforms promoted by President Abraham Lincoln and others who sought change.

As our nation’s borders pushed westward, the subjugation of the Native American people, both by law and military conquest, erupted into numerous battles resulting in treaties that extinguished rights and forced tribes to be exiled onto desolate reservations.  That history is a shameful chapter that we should learn from and never repeat.

Over the decades, our nation has fought numerous foreign wars to combat fascism and ruthless oppression. To this day, our military forces battle against tyrannical governments whose people are subjected to cruelties we seek to alleviate, at great cost in human life, family stability and economic hardship.

Ours is a nation that strives to stand up for others in times of need whether by natural disaster, blight, disease or unjust rule.

Despite our own challenges at home, we serve as a beacon of beneficence when desperation calls. We should welcome that role and continue to accept that responsibility when humanitarian assistance is crucial to survival.

The Tides of Change

My advocacy spirit was nurtured in a household of immigrants whose influence lives on in me today.  My maternal grandparents and my father escaped the brutality of Czarist Russia to find new freedoms and plant new roots for their children. They struggled to live their lives free from being told where they may or may not reside, worship, work, or educate their children. They lived to enjoy the bountiful fruits of United States citizenship. 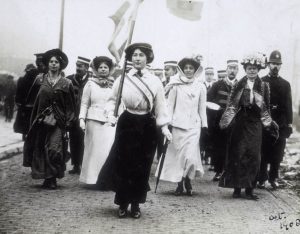 My Grandma Minnie was an active teenaged suffragist before she became a naturalized citizen in 1919, one year before women were enfranchised as legal voters.

She vividly recalled being discriminated against because of her gender and became a life-long advocate for social justice and freedom.  In her words, “It’s just not fair to treat people different than I want to be treated.”  She cherished her rights, never missed the opportunity to vote, and assertively confronted any words or deeds by others that smacked of unjust discrimination.

Over the past century, the movements for women’s suffrage, child labor laws, access to public education, worker safety, civil rights, human rights and reforms to rectify discrimination against people with various physical and developmental challenges have been fought for in the streets, debated in the chambers of government, and further defined in our courts.

While the waves of natural forces may slowly erode rocky shores, we have the responsibility as thinking and feeling citizens not to wait for social reform to happen on its own. It never has, nor ever will.

We have the freedom to express ourselves and have the right to speak openly to each other and to our elected officials about ways we can improve the quality of life for all members of our community.

Now our nation is moving forthrightly through another phase of historic social reform which I believe requires a new level of attention and action….the rights of people to have their sexual orientation protected against discrimination. While some label the movement “Gay Rights” I prefer the term “Equal Human Rights.”

Change is never easy. Neither is confronting an uncomfortable reality a simple task.

Questions of how to draft fair laws relating to civil relationships, marriage, adoption, health decisions, personal finance, education policy, housing, employment, and military service are being asked throughout the nation and in every state and community. Quite often, there are deeply religious, cultural and moral beliefs at the root of opposition to granting equal rights based on sexual orientation. The personal religious affiliation should not infringe on the individual rights of others.

Change is never easy. Neither is confronting an uncomfortable reality a simple task. But as we look back at the history of discrimination based on race, gender, religion, class, age, and disability, it becomes clear to me that we have always been able to overcome differences and modify hateful emotions so that basic human rights will prevail.

While some in our community consider homosexuality sinful, that attitude simply should not extend to legal limitations.  In my view, the tide is turning in the direction of removing legal barriers and promoting reforms that only make sense for individuals, families and our society as a whole.

I believe we have come to a critical crossroads in our nation where a direction needs to be chosen.  Will we travel the high road of equal human rights or muddle along the path of hypocrisy?

If we truly believe that we are all created equal, and we have the inalienable rights to life, liberty and the pursuit of happiness, it is time to denounce discrimination based on sexual orientation and move forward without fear, hate, and rejection.

To me the answer rests on two simple yet profound principles…as written in Matthew 7.1-2 “Judge not yet ye’ be judged, for in the way you judge, you will be judged.” and in Matthew 22: 36-40 “Love thy neighbor as thyself.”

And as poet Maya Angelou wrote….”Love is that condition in the human spirit so profound that it empowers us to develop courage; to trust that courage and build bridges with it; to trust those bridges and cross over them so we can attempt to reach each other.”

I recently heard a compelling speech delivered by Bryan Stevenson, founder of the Equal Justice Initiative while attending the annual meeting of Leadership Florida, a network I’m thrilled to serve as a loyal member for 30-years.

The passionate message that Bryan brought us sparked an intense appreciation for the need to rethink all aspects of our juvenile and criminal justice systems in the context of economic and societal inequities which have been deeply ingrained in our nation’s history.

An important dimension of EJI’s public outreach work is the recent opening of a Montgomery, Alabama museum exposing the horrific history of lynching.

By documenting more than 4,000 incidents of this heinous terrorist act, making victims of men, women, and children – at times entire families – an important light is cast on the heinous subjugation of African-Americans in the century following the American Civil War.

The proliferation of Jim Crow laws and the decade after decade growth of organizations that preached hatred and practiced violence perpetrated upon people whose only “crime” was having an ancestral lineage which varied from the Caucasian majority created an egregious record of injustice and human tragedy.

I urge you to visit the EJI web site to learn more about the work of Bryan Stevenson and his colleagues in the areas of mass incarceration, children in prison, educational inequities and other critical justice issues in need of attention and reform.

As I build the 4Generations Institute to promote intergenerational communication for benefit of all ages and stages of life, I am awed by the power of relationships. Just as in families, the health of a community is in the depth and breadth of relationships among those who share common interests.

As an advocate, I’m dedicated to assisting those whose mission is creating better policies and more accessible programs to meet the needs of people who count on us, across the generations.

Your voice, your vote and your support of advocacy efforts are vital links to a more positive future…Please take that responsibility seriously…and feel free to ask for my counsel as we make progress together.

I value keeping in touch with you.  Please feel free to share my messages with family, friends, and colleagues.

I welcome growing my advocacy network and your sharing my messages with others is a step in that direction.

Your reply to jack@4gen.org goes directly to me.

Tell me if you prefer my using an alternate or additional e-address for my messages. If you are receiving duplicate messages, please let me know.

May the blessings of summer warm your spirits and bring joy to you and your loved ones.

My best for your good works and positive community spirit.

Jack is the GRANDpartnership director for GRAND Magazine – to learn more click here.