The Magic Behind Generations United

The Magic Behind Generations United

In a controversial journal cover, a young person and an older person, dressed in battle fatigues, stood back to back. They each had a gun. The accompanying message: “March 10 paces, turn and shoot. Whichever generation is left, gets our country’s scarce resources.” That was in the mid-80s. 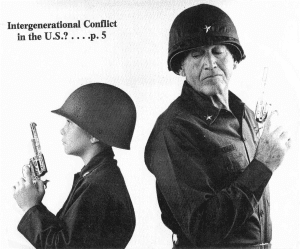 The cover image and message were signs of the underlying fear that we were in a zero-sum game, a struggle for resources between older and younger generations: in a time of budget crisis, do we fund Social Security and Medicare for Americans over 65 or do we address youth unemployment and fund education?

That zero-sum framework sets up a false conflict between keeping promises from the past and making investments in the future in the bookend generations that hold our civil society together.

That understanding – along with the journal cover – prompted leaders from the National Council on Aging (NCOA), the Child Welfare League of America (CWLA), AARP, and the Children’s Defense Fund to come together and found Generations United in 1986.

“We formed Generations United to argue for a caring society,” said Jack Ossofsky former president of NCOA. “We believe that the time is long past when advocates for children, families, and the elderly can afford separate agendas. We foresee a new and brighter America when [youth and aging] organizations…can join forces to strengthen our communities. That is exactly what Generations United intends to do.”

The organization started as a loose-knit coalition. Ten years later, the founders sought an Executive Director to lead the newly incorporated nonprofit.

CWLA’s then Executive Director David Liederman told Donna Butts as much during a discussion over 20 years ago. At the time, she thought about her career – her work primarily with teens and her leadership roles at Covenant House, the National 4-H Council, and the YWCA.

“What I found were older adults who didn’t get out of bed or open their curtains in the morning except for the day that their young friend was coming.”

“What drew me to Generations United was something that happened early in my career when I was in my twenties and in my home state of Oregon,” Donna recounted. At 23, she was the teen director of the YWCA in Salem, Oregon. One of the programs she inherited was Senior Outreach. It was a pilot program to see if intergenerational connections worked to decrease loneliness. Funded by the then Administration on Aging, Senior Outreach paired high school Sociology students with older adults who lived in subsidized senior housing and who were at risk of social isolation.

“When I first took the program over and I was told that the funding was going to end, I thought, well, if we have to cut it, we’ll cut it,” Donna remembered.

She changed her mind after going on her first trip with a group of students to visit their older friends. “What I found were older adults who didn’t get out of bed or open their curtains in the morning except for the day that their young friend was coming,” she said. “And I found teenagers who skipped school except for the day that they were going to go visit their older friend.”

“I’m really proud of the work that the team here at Generations United, that our members, and our network has accomplished over the years.”

The magic? The youth and older adults had a purpose. They felt needed, a reason to show up that day.

Back to her conversation with David Liederman 20 years later, Donna wondered what’s next? “He and I talked and talked,” she said. After Donna left, David sought her out and said, “I think I’ve got the perfect job for you.”

She interviewed the founders and was hired as Generations United executive director in 1997. Under her leadership, the nonprofit has inspired policymakers, media, and champions of change to use intergenerational strategies to tackle some of our country’s most pressing issues.

Because of her work, Donna’s been named to the NonProfit Times Top 50 Power and Influence three times and named among Next Avenue’s Top Influencers in Aging. 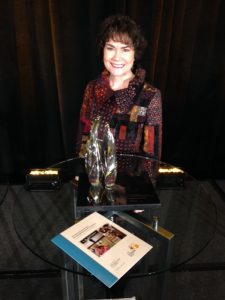 Generations United’s accolades include The Eisner Prize in 2015 for Lifetime Achievement in intergenerational Advocacy from The Eisner Foundation and the Dr. Arthur Kornhaber GRAND Advocacy Award in 2017 from GRAND Magazine. 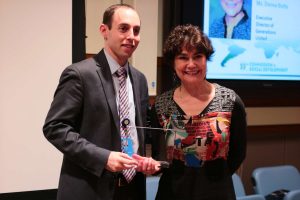 “I’m really proud of the work that the team here at Generations United, that our members and our network have accomplished over the years,” Donna said. “That keeps me excited. I feel so fortunate to be a part of this important work.”

ABOUT THE AUTHOR – ALAN KING 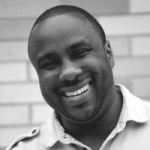 Alan King is a communications specialist at Generations United.

Some GRAND comments about Donna Butts

Donna Butts personifies the passion and persuasion needed to influence others to pay attention and take action for all ages and stages of life. She’s a Pied Piper for gathering us on a mission to make our lives better…her music is mesmerizing.

Donna strives to give families and communities the benefit of emotional connectedness.  As the leading advocate in our field, she shines a bright light to illuminate the path for developing policies and creating innovative programs which give all of us hope for the future.

Having Donna as an advocacy partner elevates the debate over social policy to its highest level.  She uses compelling demographic data to give proof to the case for uniting our voices for mutual respect across the generations.

Thanks to her leadership, Generations United is not just another organization…it’s a powerful force for the movement to build bridges of respect among all community members irrespective of age, ethnicity, economic class or political leanings.

Jack is the GRANDpartnership director for GRAND Magazine – to learn more click here.