What Is Giving Rise To Hate and Gun Violence?

What Is Giving Rise To Hate and Gun Violence?

I so deeply wish I did not have to write this message, but as an advocate, I feel impelled to do so. Your response is welcomed.

Within 24-hours this past weekend some 30 Americans were massacred and dozens more injured in two public locations in El Paso, Texas, and Dayton, Ohio. One of the perpetrators was captured, the other killed by law enforcement within a minute of his murderous act.

These two young men decided that vicious hate would be their dominant emotion.  Murder is the ultimate act of rage.  The mass murder of innocent victims is far and away from the most heinous of all crimes. 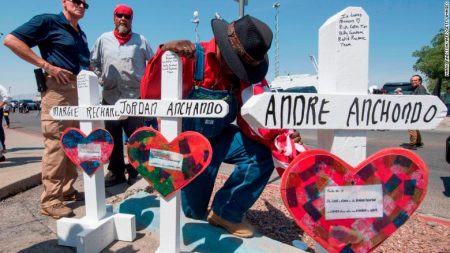 The details of these abhorrent rampages are still unfolding while medical personnel is feverishly trying to attend to the survivors.

I am not in a position to analyze the facts…that task will fall to experts far more qualified than I.  My perspective is one of an interested citizen and policy advocate who is committed to positive outcomes despite the challenges we face.

The searing emotions felt by family members, witnesses and a wide diversity of individuals in these two communities, nationally and in all corners of the world are too complicated to express.

“But the reality is that we live at a time when the death and wounding of innocents have become all too routine.”

What is not complicated and undeniable is the deep feeling of sorrow…if only this and other acts of mass murder did not happen.  But the reality is that we live at a time when the death and wounding of innocents have become all too routine.

We live with a generation of young people whose lives have been imperiled too many times…almost to the extent that they have a fatalistic expectation of their future.  Fear is commonplace in too many young minds.

When schools, houses of worship, stores and concerts are transformed into shooting galleries, we must no longer believe that the rhetoric of self-righteous political voices is enough to make a positive change in our laws and systems.

This agonizing series of mass murders plagues our nation. Hate is a perverse and powerful motivator. Fighting the forces of evil must be a priority for everyone who cares about our individual and collective futures.

Here is A Complete List of U.S. Mass Shootings. In every single one of those mass shootings, the perpetrator used an AR-15 or other semi-automatic equipped with a bump stock to maximize the impact of the slaughter.

We should join forces with our law enforcement, public health allies, reform advocates and families affected by firearms violence in this fight to bring needed legal redirection.

Some voices claim that firearms are not the problem, criminality is. Defending our own families and property is a priority, but let’s admit that the proliferation of firearms feeds their availability to criminals through theft and illegal sales.  This lethal epidemic of domestic terrorism threatens us all.

It is our first responders who put their lives at risk every day, and their counsel is vital to our safety and security.

I believe that the multi-faceted violence issue deserves our attention so that our elected officials hear the voices of citizens who support a balanced approach to this vital public policy debate.

“Silence is not golden…and may prove deadly.”

Legitimate gun ownership for self-protection, historic collections, and sport hunting is not at issue….but what is clear is we are at a point in our lives when logical lines of defense must be drawn.

Silence is not golden…and may prove deadly. The debate should not be whether any change is needed…but to what degree are we willing to recognize that slaughter can be prevented if we mesh quality mental health services and public safety measures with strong and enforceable firearms laws.

The powerful gun lobby should be questioned as per their role in the proliferation of high power firearms that are designed for war, not a sport or self-defense.

“Our thoughts and prayers go out to the families” can no longer be accepted from those who refuse to take responsibility for weak laws and insufficient mental health funding.

There is a swelling chorus of discontent which is growing into a true movement decrying the absence of leadership in our traditional political hierarchies.

When hateful and antagonistic words are uttered by people in power, we should not be surprised when violence erupts.

R: Your reaction to Trump coming?

DAYTON MAYOR WHALEY: He's POTUS & as he has an official capacity as POTUS – I have a capacity as mayor – I will greet him

R: What about protesters?

WHALEY: He's made this bed & he's gotta lie in it … his rhetoric has been painful for many pic.twitter.com/GkKWh0SyY8

Like the tale of the Emperor Who Wore No Clothes, it’s taking young voices stating the obvious to bring attention to the inadequacies of transparent power.

When hateful and antagonistic words are uttered by people in power, we should not be surprised when violence erupts.

Mutual respect is an achievable ideal…The rejection of racism is necessary. We must advocate listening and learning across the generations so grievances are understood and solutions sought. The voices of reason must be raised.

“The ultimate tragedy in times of turmoil is not just the oppression and cruelty by bad people, but the silence of the good people .”

As the father of two sons who attended public school and university in an era of relative safety and an advocate of positive family policies for some 40-years, I’m extremely engaged…and enraged.

As a new grandfather, I consider my ardent advocacy a legacy opportunity.  Our sweet baby Julianne, now at 20-months,  has become an added inspiration for my commitment to doing the right thing and inspiring others of every generation to join the effort.

One lesson is clear.  It’s essential to recognize that our children and youth need every opportunity to grow to be healthy and positive adults.  There are so many ways we can, from pre-natal care through quality education and special services, increase the odds for all children.

The costs of our failure to provide quality services for those who need them most are far greater than the amount we could and should invest in successful policies and programs for our children.

While we grieve for this tragic loss of life, I sincerely believe we must energize our resolve to encourage voter participation and take action to reform and enforce our laws.

Our policy leaders should be emboldened to enact prohibitions on gun show purchases without background records checks, limitations on the sale of super multi-round ammo magazines, as well as enact restrictions on access to military-designed automatic weapons. 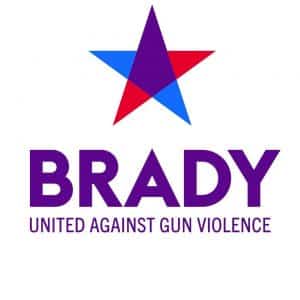 Here’s a link to the Brady Campaign to Prevent Gun Violence for additional information on sensible firearms reforms.

Moms Demand Action for Gun Sense in America was

Finally, How to Reduce Shootings a column by Nicholas Kristoff – The New York Times – a compendium of data which creates a compelling case for reform.