Pull out your twinkling tiaras, lavish evening gowns, and long gloves. The waiting is over. “Downton Abbey” the movie was just released and theaters are selling out every show. When “Downton Abbey” ended its six-season run on PBS in March 2016, fans, worldwide, thought it was over and resolved with the fact we’d only have reruns to watch and remember.

Fast forward three and a half years to the opening night of “Downton Abbey” the movie. The cast stepped right back into their roles like they never left and the remarkable Highclere Castle holds its rein as the lead of the show. Highclere Castle featured as the Crowley’s home, was originally built as a country house in the Jacobethan style of the 19th century.

“Downton Abbey” the movie lives up to all the hyperbole. The period costumes, aristocratic protocol, loyal and courageous servants and commanding cinematography that sweeps along the magnificent countryside. Scene by scene the film draws us right back into the elegance of royal living. “Downton Abbey” delivers drama, the right amount of suspense, the intrigue of the forbidden and lots of pomp and circumstance. Even a royal visit from King George V (Simon Jones) and Queen Mary (Penelope Wilton) along with all their private staff. So much to appreciate.

Experiencing this film with an audience adds to the enjoyment. Laughing out loud in the theater creates an en masse Downton fan’s bond. Leading the list of memorable, amusing and heartfelt moments of the film was performed by the tart-tongued Dowager Countess Violet Crawley. (Maggie Smith) When Violet shows off her assassin’s skill in delivering devastating one-liners, the audience moans and laughs together. Closely behind Violet was the loveable valet/footman Joseph Molesley (Kevin Doyle). His scene-stealing moments were Oscar-worthy.

The familiar cast starting with Robert Crawley (Hugh Bonneville), Earl of Grantham, and on down to the adorable cook’s assistant Daisy Mason (Sophie McShera) guided us through a delightful journey on memory lane. With the success of this “Downton Abbey” in the movie, it may just open the curtain for a sequel. One Downton diehard fan can only hope. 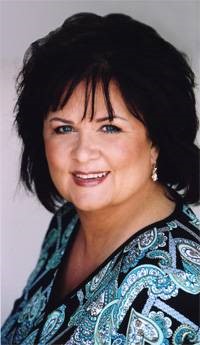 Pat Burns is the co-founder of the Orange County Children’s Book Festival; a film reporter, Regional Editor of GRAND Magazine, author of Grandparents Rock®, and the happy grandmother of four.