Addiction: What I Wish I Had Known

Opioid Addiction: What I Wish I Had Known

On January 3, 2014, my 33-year-old daughter, Giana, died from a heroin overdose.  I was 62. Giana had no children, although I did inherit her very frisky rescued pit bull, who is now ten. I know there are many parents and grandparents worried about a family member who may be using deadly substances. I wish I knew then what I know now. Unfortunately, much of what I thought and felt when Giana was living was the stigmatized misinformation that has prevented our country from mounting an effective response to the national opioid crisis and prevented families from providing the most effective support for a loved one.

“Opioid use disorder (OUD) is a chronic relapsing disease, and she relapsed over-and-over again.”

Giana had been struggling with dependency on opioids for several years and had checked herself into numerous rehab facilities. She had very good insurance due to her job as a veterinary nurse in an acute care hospital. Most of the time she was a willing residential patient, attending all required sessions and following treatment recommendations. However, when discharged, her behavior validated the definition of substance use addiction: unable to stop use in spite of experiencing increasingly negative consequences.  Opioid use disorder (OUD) is a chronic relapsing disease, and she relapsed over and over again. 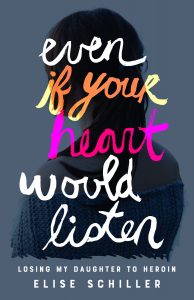 It wasn’t until after her death that I began to understand why. As the co-executor of her estate, I was able to access her treatment records and I began to read them against the backdrop of proliferating research as the opioid epidemic grew.  What I realized was that she had received outdated and ineffective treatment. In each facility, she followed a routine of group meetings and workshops based on 12 step principles, often led by someone who was not clinically trained, where abstinence without medication was prescribed.  Yet at the time of her death, there were three medications FDA approved to treat opioid addiction.  No treatment facility that she attended used these medications except in detox and one actually wouldn’t allow her to remain in the program if she took medication when it had been prescribed by her psychiatrist. Medication-assisted treatment is considered the gold standard for opioid addiction, resulting in a remission rate of about 60% compared to a 10% rate for abstinence-based treatment. Yet there are many very expensive private facilities that didn’t use it then and still don’t.

“What I realized was that she had received outdated and ineffective treatment.”

Much of Giana’s treatment emphasized her lack of will power, her “character defects” and her inability to connect with a Higher Power that would “do for her what she was unable to do for herself” as reasons for her addiction. In family groups, I was told that I was an enabler and that she and I were co-dependent, a term borrowed from a popular self-help book.  There was talk of allowing our loved ones to “hit bottom”, of establishing boundaries, of “tough love.” Sadly, in my advocacy work, I have met scores of bereaved family members whose last encounter with their loved one was a rejection based on “tough love.”

In a book that I have written about Giana and her journey, I give some advice to families in the hope that they will not experience the sorrow that we have. 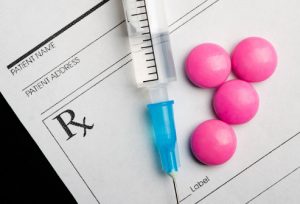 Here are some important points:

ABOUT THE AUTHOR – ELISE SCHILLER 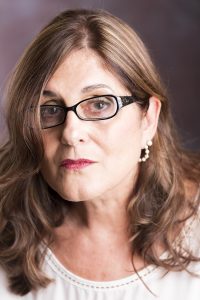 Elise Schiller is a writer and opioid epidemic task force leader. After a thirty-year career in education and family services in Philadelphia, she is now retired to volunteer with the task force and write. Schiller sits on the advisory board of the Philadelphia Department of Behavioral Health and Intellectual disability Services (DBHIDS), and she has served on the Philadelphia Mayor’s Task Force on the Opioid Epidemic. Her memoir about the loss of her daughter, Even if Your Heart Would Listen: Losing My Daughter to Heroin debuts on August 27, 2019