Aging: Denial Is Not A River In Egypt

Aging:  Denial is Not Just a River in Egypt

Recently an article posted in Forbes magazine entitled Why It’s Time for More Big Foundations to Fund Aging got my attention. What the author says should get your attention too.

Written by Paul Hogan, chairman, and co-founder of Home Instead Senior Care, this article appeared in Forbe’s September 11, 2019 issue. In it, Mr. Hogan asks the question why is it that “so few foundation dollars (less than 1%) are focused on causes related to the elderly?”

Hogan poses his query within the context of three significant societal changes that are well underway which he and other advocates for positive aging, including myself, emphatically say can no longer be ignored.

“Rising housing costs and health care bills, inadequate nutrition, lack of access to transportation, diminished savings and limited opportunities for work” are some of the reasons given as evidence to support this latter, dire assessment.

So why is it, Hogan asks, that despite the reality many of us can expect to face, are so few foundation dollars focused on causes related to the elderly? He suggests four reasons why this may be so: 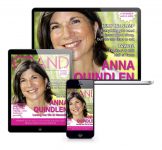 IF YOU ENJOY THIS ARTICLE, GET MORE GRAND HERE

Given my years of experience speaking with friends, family, audiences of all ages, and community leaders regarding the impact and opportunities of aging, I firmly agree with Mr. Hogan’s reasons. The sources listed below to further substantiate his findings:

I believe that self-denial, a tendency to avoid acknowledging or accepting an obvious or unpleasant truth, is an equally impactful reason why so few big foundation social responsibility dollars go to causes related to the elderly.

This quandary triggered in my mind, an “aha” moment. I felt that if someone is in denial about their own aging, it should stand to reason that foundations, as well as businesses, governmental agencies, and other institutions that employ, engage, or elect them, might also delay in acknowledging and accepting the obvious.

That contention was echoed at the first-ever July 2019 Global Silver Economy Forum held in Helsinki, Finland. This two-day conference connected dignitaries and leaders from 50 countries to explore the global issues and opportunities of aging as they relate to the longevity revolution and to the over one billion people who are age 60 and older.

I believe that several key points from the conference are central to any discussion of funding:

If we are to positively navigate the course of aging in America today, the consensus to be drawn is that each of us must think and behave differently, become catalysts for action, and thought leaders for positive change.

Maybe the better question to ask is not why, but “how are we planning for our own and our society’s aging?”

Aging, after all, is not about old people. It’s about the future of all of us. 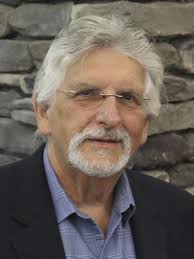 Jeff Rubin is a nationally recognized speaker, author, and adviser on community and aging issues, having spent over 20 years as a director and facilitator of community service programs at the local, state, and national levels. An advocate for “Age-friendly” and “Livable” communities, Mr. Rubin is the author of the newly released Wisdom of Age: Perceptions and insights from one generation to another. Contact Jeff at jeff@wisdomofage.net