Cognitively healthy adults whose sleep quality declined in middle age were more likely in late life to accumulate Alzheimer’s disease-related proteins in the brain than those whose sleep quality improved or did not change, an NIA-supported study found. Researchers at the University of California, Berkeley, suggest that sleep assessment could one day be used as a noninvasive, inexpensive predictor of Alzheimer’s risk.

It’s also possible that treating sleep problems during “windows of sensitivity” in middle age might help delay the progression of the disease, according to the study, published in the Journal of Neuroscience.

Further studies in larger groups of people could clarify the timing of changes in sleep quality and accumulation of beta-amyloid and tau in the brain. 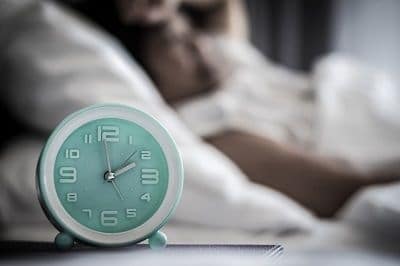 In participants who had undergone an EEG, fewer slow brain waves during deep sleep were significantly associated with increased beta-amyloid levels in the cortex, the brain’s information processor. Another sleep activity—the interaction of slow brain waves and brief bursts of activity, called spindle oscillations—was strongly associated with increased tau in the medial temporal lobe, a brain region important for long-term memory, the researchers found.

These findings help establish that changes in sleep quality and quantity in middle age are associated with and sometimes predict, Alzheimer’s-related brain changes. However, it is unclear if sleep impairment causes these brain changes or vice versa. Further studies in larger groups of people could clarify the timing of changes in sleep quality and accumulation of beta-amyloid and tau in the brain.