Being Grandma And Grandpa

Being Grandma and Grandpa

How would you like to win a copy of Being Grandma and Grandpa?

A pre-addressed email will pop up. All you need to do is put your name and email in the body and click send.

This is not your ordinary (if there is such a thing) book on grandparenting. This powerful little book is a research-based guide to becoming the grandparent you want to be—loving, active, and involved. Written by Emily Stier Adler, Ph.D. and Michele Hoffnung, Ph.D.o

For a taste of what’s in store…here are three samples for your enjoyment.

How not meddling can open doors

You’ve been a parent and now you’re a grandparent. How hard could this new role be?

In a survey of almost 5,000 grandparents, three-quarters reported that being a grandparent was the single most important and satisfying aspect of their lives.  Although the role usually brings pleasure as we describe in Being Grandma and Grandpa, many new grandparents need to fine-tune attitudes and behavior to be successful. The most difficult part can be the realization that grandparents are not in control of family situations. Many of the 224 grandparents that we talked to told us that the worst part of grandparenthood is not having the final say as to how their grandchildren are raised.

Parents are the generation-in-between and can foster or obstruct grandparent/grandchild relationships. Grandparents quickly learn that they need to respect boundaries and negotiate with their own children. One grandmother was explicit when she said, “Kids these days have a lot of power over us and it would be dreadful to be shut out.”

Being an active grandparent gives benefits 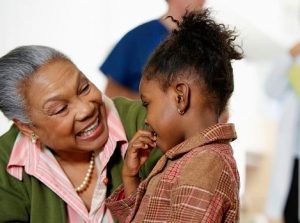 Active grandparenting benefits grandchildren, parents, and grandparents.  While some benefits are obvious, such as more attention from loving adults and assistance with childcare, the benefits for grandparents are less obvious. Our book, Being Grandma and Grandpa, discusses all these issues; here we focus on grandparents.

Personal growth is important in all stages of life. As one of the 224 grandparents we talked to put it, “grandchildren clearly contribute to aging in a rich environment.”  Another said being a grandparent helped him “stay active, feel younger and connect with a new generation while teaching him the value of patience.”  Even more dramatically, one grandmother told me that being a grandparent saved her life, “My beloved husband died and soon after I was forced to retire from my job, so life was colorless. My grandson fills my heart.”

How grandparents can foster bonds across the miles 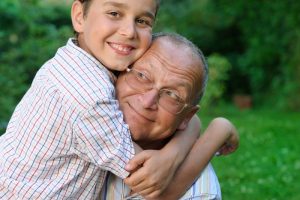 Grandparents living near can sometimes be spontaneous and visit on a moment’s notice, while far grandparents don’t have that option. Distance adds another factor, but it isn’t insurmountable.  Those fortunate enough to have the financial resources and time can visit their far grandchildren frequently, although advance planning with the parents is essential.