BY ANA BELTRAN AND JAIA LENT

After taking on the responsibility of raising her granddaughter, Magdalena discovered her rental home had extremely high lead levels.  Rather than mitigating the lead, the landlord chose to evict the new grandfamily, relying on a provision in the lease agreement that they only rent to adults. Three weeks before Christmas during an epic snowstorm, Magdalena found herself searching for a lead-free rental so that the child welfare agency would not remove her granddaughter from her care.

Call out:  Changes like these would go a long way to help grandfamilies like Magdalena’s get to spend their holiday season worrying about what to put under the tree, instead of worrying about finding a safe place for her and her grandchild to call home.

Progress is being made to address these and similar housing challenges faced by grandfamilies.  There are now more than a dozen specialized grandfamilies housing programs with on-site services in various communities around the United States.  These innovative programs and other housing solutions offer the potential for nationwide expansion. 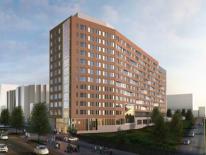 One such model opened recently in Washington DC. The Plaza West apartments are home to 223 units of affordable housing, 50 of them are dedicated to grandparents raising grandchildren. Designed with grandfamilies in mind, Plaza West grandparent apartments have a community room for special events, a library, a computer and activity room, a fenced-in playground, and apartments with accommodations for older residents.  The housing complex has staff dedicated to helping meet the needs of the residents and brings in supportive services such as health care information sessions for the grandparents, support groups, and tutoring sessions for the children.

Resident Olivia Chase was among the first families to move to Plaza West. She lives there with her grandson, age 11, who she has been raising full time since he was 3 months old.  Olivia explains, “Plaza West has played a major role in making life more stable for my family both physically and emotionally.  There are support systems, such as the Grandparent Caregiver’s Support Group facilitated by Howard University’s School of Social Work that provides a safe space for grandparents to vent as well as support one another. By developing relationships with one another, the children are able to engage with peers who are being raised without their parents creating a space for them to feel less different than others.  While Plaza West has only been operational for a little over a year, great strides are being made; and, we envision even greater strides in the future.”

Despite the value of innovative programs like this, creating such housing is a major, complex undertaking.  From addressing policy barriers to increasing funding for supportive housing,  much remains to be done to address the housing issues facing grandfamilies.   In an effort to raise awareness about the need and potential solutions, Generations United is releasing a new report on grandfamilies and housing  highlighting recommendations and solutions such as providing federal support for services in grandfamilies housing to help incentivize more projects like Plaza West and addressing housing barriers that prevent relatives from becoming licensed foster parents and receiving ongoing monthly assistance to meet the needs of the children.

For more information about housing resources and supports for grandfamilies visit www.grandfamilies.org. 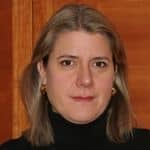 Ana Beltran is a special advisor, Generations United. She is an attorney who served as the Director of the National Center on Grandfamilies. As someone who was raised in part by her grandmother, Ana has a personal commitment to the families.

Jaia Peterson Lent is Deputy Executive Director of Generations United, a national organization dedicated to improving lives. Home to the National Center on Grandfamilies, Generations United is a leading voice for issues affecting families headed by grandparents or other relatives.

For more from Jaia…