These five new books are perfect for your tween grands who love action, mystery and imagination. Four of the books feature female lead characters who are fearless. And the fifth book – who can resist a zombie tale during this Halloween season? 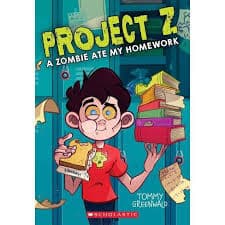 Arnold Z. Ombee is back in the second installment in the Project Z series. The word is out about Arnold’s zombie state. His human family is tricked into returning Arnold to The Territory with the idea that Arnold will help other zombies learn to live in the human world. But is that really their plan? Arnold quickly becomes suspicious of the scientist’s motives. Follow Arnold as he tries to get to the bottom of Dr. Grasmere’s dastardly plot while his human school friends hatch a plan to spring Arnold from The Territory. A fun, action packed story with some great messages about inclusion.

Tommy Greenwald’s book Game Changer has been named an Amazon Best Book Of The Month, a 2019 YALSA Top Ten Pick for Reluctant Readers, and a Junior Library Guild Premier Selection. Tommy is also the author of the Crimebiters, Charlie Joe Jackson, and Project Z series, among many other books for children. Day-job-wise, Tommy is the Co-Founder of Spotco Advertising, an entertainment advertising agency in New York City, and the lyricist and co-bookwriter of John & Jen, an off-Broadway musical. 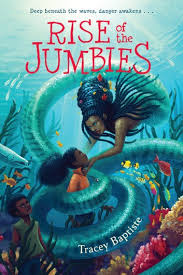 What is a jumbie? They are spirits that trick, steal and terrify in Afro-Caribbean folk tales. Corinne LaMer defeated the wicked jumbie Severine months ago. She is hoping things will return to normal in her Caribbean island home. However, the story opens with Corinne’s friend Laurent going missing during an earthquake.  Two other children disappear the same day. Since the villagers know Corinne is half jumbie, she is immediately under suspicion. It is up to her to find the missing children and clear her name.

The rescue mission takes Corinne and her three friends – Dru, Bouki, and Malik – across the sea to Ghana in search of a precious opal that jumbie Mama D’Leau demands in exchange for information on the missing children. While in Ghana, the friends learn a powerful lesson about the African slave trade. There is also a strong message about families we are born into and those we choose to treat like family. The book is packed with action and Caribbean mythology. 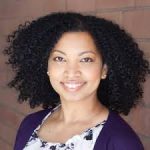 Tracey Baptiste lived in Trinidad until she was fifteen. She grew up on jumbie stories and fairy tales. She is a former teacher who works as a writer and editor. Visit her online at traceybaptiste.com and on Twitter: @TraceyBaptiste. 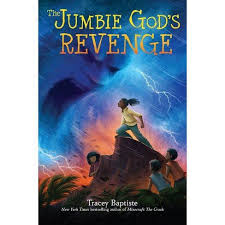 The Jumbie God’s Revenge – Book three in the Jumbies series

The third and final book in the Jumbie series focuses on Huracan, an angry god of the sky. After two powerful and unexpected storms rip through Corinne’s Caribbean Island village, Corinne suspects jumbie Mama D’Leau is the source of the hurricanes. But Corinne soon discovers that even the jumbies are spooked by the storms. The book follows Corinne’s quest to find the source of Juracan’s anger and appease the god before the island and its people are destroyed.

The Jumbie God’s Revenge blends Caribbean and West African tales to present powerful themes of community and heroism in a heart-pounding action adventure. Many of the villagers are suspicious of any jumbie help during this devastating time. Corinne’s story is a lesson in perseverance, loyalty and family.  The Jumbie God’s Revenge is a standalone, but after reading books two and three, I feel the books would probably be best enjoyed as a series.

Tracey Baptiste lived in Trinidad until she was fifteen. She grew up on jumbie stories and fairy tales. She is a former teacher who works as a writer and editor. Visit her online at traceybaptiste.com and on Twitter: @TraceyBaptiste. 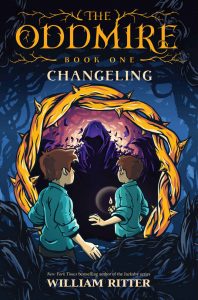 The story opens with the goblin Kull trying to swap a newborn changeling for Annie Burton’s baby son. But the plan is foiled when Kull is distracted and he leaves the changeling lying beside the human baby in the crib. They look identical and although Annie is shocked to wake up to two babies instead of one, she raises them as twin brothers Tinn and Cole. They grow up knowing one of them is a goblin, but they have no idea which one.

A mysterious note and map arrive on their thirteenth birthday that changes everything. The rest of the book follows Tinn and Cole’s journey into the Wild Wood. The tale is full of mystical creatures and dangers. There are two strong mothers who are important characters in this story and this book highlights their strength and family loyalty. An exciting fantasy-adventure series opener that will keep your grand riveted for hours. 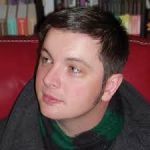 William Ritter is an Oregon author and educator. He is the proud father of the two bravest boys in the Wild Wood, and husband to the indomitable Queen of the Deep Dark.The Oddmire is Ritter’s first series for middle-grade readers. He is also the author of the New York Times bestselling, award-winning Jackaby series for young adult readers. Visit him online at rwillritter.wordpress.com and find him on Twitter: @Willothewords. 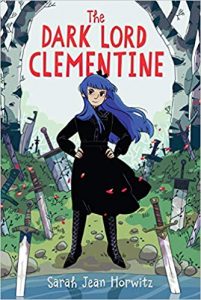 Twelve-year-old Clementine Morcerous has all the usual challenges of a young girl transitioning from child to adult. But in addition, she has the responsibility of being the sole heir of Dark Lord Elithor. Her world is turned upside down when her father is cursed by the Whittle Witch. This story follows Ckementine’s adventures as she seeks to reverse the curse while keeping Castle Brack’s day-to-day operations running. Does Clementine have what it takes to be dastardly and cold hearted like her father? Can she continue to control the townspeople and do evil deeds? There are many interesting characters in this book, including a talking black sheep named Dave who loves the library, the Lady of the Lake who is beautiful but a little loopy, and even an elusive unicorn. A mystical tale of a strong young girl struggling between family expectations and internal feelings. 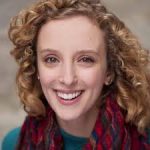 Sarah Jean Horwitz was raised in suburban New Jersey, where she lived next door to a cemetery and down the street from an abandoned fairy tale theme park. Her love of storytelling grew from listening to her mother’s original “fractured” fairy tales, a childhood spent in community theater, and far too many rereads of Harry Potter and Anne of Green Gables. Her first project was The Wingsnatchers ,the first book in the Carmer and Grit series. Sarah’s other passions include feminism, circus arts, extensive thematic playlists, improvisational movement, tattoos, curly hair care, and making people eat their vegetables. She currently works as an executive assistant and lives with her partner near Cambridge, MA.