I was so concerned our first-holiday dinner without their grandfather would be hard on my grandchildren that I considered canceling the whole thing or going to a restaurant. But after careful consideration, I realized his passing was a fact of life that couldn’t be changed and ignoring or hiding it would probably be worse for them than facing the hurt head-on, especially while surrounded by cousins, aunts, uncles, and favorite foods. I hit the grocery store and washed the special tablecloth.

It was cathartic for me to spend happy hours in the kitchen sharing space and recipes with my children and grandchildren in the days leading up to our Thanksmas (a compilation of Thanksgiving and Christmas) just as we did in years past. There were tears and memories, hugs and laughs inspiring me to invent a new tradition.

When the big day came and we were all seated at the table we said a special gratitude prayer before beginning our meal as always, then stepping out of tradition I asked each child if they had a favorite memory of their grandfather they would like to share. The only stipulation was it had to be happy or funny and we could continue to eat while we shared – which brightened the faces of the young ones considerably – I remember how hard it is to have to wait before digging into all that beautiful food right there in front of you.

Recalling his penchant for growing a full bushy beard when the weather cooled, (as much as Florida weather ‘cools’) Hannah began;

I remember once when I was very young, mom dropped me off to stay with Popi while she shopped. I was mad because I wanted to go with her and pitched a full ‘Lying On The Floor-Yelling-Kicking Feet-Fit’. Poppy just sat in that big brown chair and watched me for a while then told me if I didn’t stop all that caterwauling I would wake Murphy and he would not be happy. He said Murphy was a very grouchy old squirrel who liked to sleep under his beard and hates it when someone wakes him up. He said, in fact, the last time Grammy yelled at him to come to dinner Murphy jumped on her head and chewed all her hair, that’s why it’s so short now. I think I spent the rest of the afternoon coloring quietly on the floor keeping one eye on that beard and one hand on my hair.

Jay laughed out loud, remembering Popi’s “Uh-Oh! When he saw Grammys car come around the corner;

When I was in third grade I spent a spring break with Grampa and Gramma. There weren’t any other kids around, so it was just me and Grampa while Gramma worked.  As we all know Grampa couldn’t stand to be in the house unless there was a hurricane or snow outside so a lot of my time was spent in the garage with a couple of his old tools trying to take stuff apart that I later found out he had Super Glued together. I brought my skateboard, but he said what would happen to him if Gramma found out he let me do something, where I could get hurt, would not be pretty, so I could only ride it up and down the street in front of his house.  I must have whined the whole day and was watching TV when he called me outside. I remember dragging my feet because I thought I was in trouble but he had set up my skateboard and his mechanics creeper together at the beginning of the driveway. I laid on my skateboard and he laid on the creeper, we raced down the driveway and all the way to the end of the street about ten times, until Gramma came driving up the street. He was right … she was not happy.

“I don’t remember how old I was, but my brothers and I were allowed to join Grammy and Grampa when they were camping in that pop up they used to have. We brought a little pup tent with us and begged to be allowed to sleep in it by ourselves. It took some doing-especially with Grammy, but Grampa finally pitched that little tent for us. Grammy said Josh and I could sleep in it but Cameron was too little. We couldn’t wait for it to get dark and for the first time in our lives begged to be able to go to bed. Grammy made us promise to stay in the tent all night, if we had to go to the bathroom we were to call her-she would be sleeping by the window and would hear. If we heard a noise we were to call her if we saw an animal around the tent we were to call her if we saw a human close to our camp space we were to call her, she said more but my ears fell asleep. Grampa just growled cut the crap and go to sleep! We felt like Daniel Boones staring at the tent roof and imagining we were deep in the woods, we goofed off for a while and must have fallen asleep when we heard a kind of thump. We listened for a while and then heard a grunt. I told Josh to see what it was but he said I was the biggest and it was my job, so I scrunched over and peeped out the window but didn’t see anything. We heard funny noises a couple more times but never saw anything, it was a long night. When we crawled out of the tent in the morning we found Grampa sound asleep in the lawn chair positioned at the corner of the tent so we couldn’t see him if we looked out the window.

As we went around the table there were many more Grampa-isms-The twins’ birthdays spent at the park with Grampa flipping burgers and dogs on the grill for what seemed like a hundred teenagers in what seemed like a hundred degrees – complaining the whole time but refusing to relinquish the spatula. . . Memories of opening Christmas packages and running to Grampa to put it together-or bringing him a toy that had been played with a little too hard because he could fix anything. . .  The ever-present WWF wrestling show on the TV . . . The joke that band-aid was his signature fashion accessory because he never completed a project without a couple of drops of blood, due to his taking blood thinners . . .  His being seemingly sound asleep in the brown chair but would join the conversation at sporadic times without as much as opening his eyes.

There are as many memories as there are hours spent with a loved one, all we have to do is remember them. I believe doing so in the midst of all this love and laughter helped the day to be a wonderful celebration of his life instead of a sad memory. 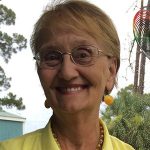 To read more from Rose Padrick

For more resources on dealing with grief at the holidays