Exploring the Everyday Challenges of Plus Size People

Exploring the Everyday Challenges of Plus Size People

Being plus size or what some might call generously proportionate is not actually a bad thing; that is, of course, setting aside the health implications of being overweight or obese. Weight stigma is not a new thing; fat shaming has been around for a long time. But society’s overall attitude towards overweight individuals really needs to change.

Perhaps the reason for this is that most people associate weight problems with laziness, self-indulgence, and lack of discipline. The truth is, several factors can contribute to unusual weight gain, some of which include, the genetic heritage, particular treatments, certain health conditions, and even mental and emotional issues. The point is, it’s not right to judge people’s lifestyles and assume their personalities based on their physical appearance.

Below is a list of some of the problems that overweight people go through on a day-to-day basis. Hopefully, this piece will put the plight of plus size men, women, and children into perspective. 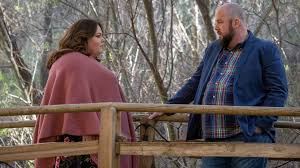 Thanks to the prevalence of social media and other online interaction platforms, body shaming has become a common issue, with overweight people bearing the brunt of most of it. Simple and sometimes innocently insensitive negative comments about someone’s body can hurt the person’s self-esteem deeply.

There is a direct correlation between weight stigma and mental health issues. Body shaming can lead to a host of stress disorders, lowered self-esteem, and even depression. Some victims of body shaming may also result in drug abuse, self-loathing, and some have even been known to commit suicide over the hurtful trolling. 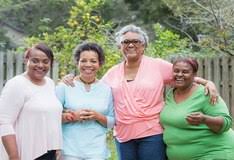 Not everyone finds excessively large individuals attractive. In an ideal world, that should not affect the social status of a plus-size person, but unfortunately, in this world, it does. Many large individuals find it hard to fit into certain social groupings, including the online dating scene, with some describing themselves as invisible.

In a paper titled “Weight Discrimination: A Socially Acceptable Injustice,” the author compares the social discrimination of overweight people to that of race and age. The author also describes how this discrimination can be found in professional settings and workplaces.

Many overweight individuals are very self-cautions about their bodies and body image. Some will avoid even slightly exposing themselves in public places like the beach, water parks, and swimming pools. Others will avoid the gym and outdoor pursuits because they don’t feel capable or welcomed in such places; they feel judged and out of place.

Shopping for Clothes Can Be a Nightmare 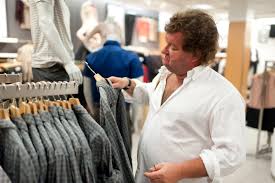 Most clothing stores rarely stock plus-sized items. Even when there are some extra-large clothes, the choices are often limited. It’s also a shame that most fashion designers usually don’t consider the plus-size consumer.

Some overweight shoppers hop from store to store in search of size-convenient clothes. As if that’s not enough embarrassment and effort, many have to put up with sneers from store attendants and other shoppers when trying on clothes two sized too small in the changing booths. In some cases, many end up selecting whatever fits, regardless of the color or design.

Most people don’t give a second thought to getting in an elevator. For an overweight person, however, it’s a different story. At peak hours, the lifts are usually crowded with people rushing to go up and down. Some overweight individuals often think hard before getting into an elevator that is already a bit crowded for fear that the over-limit buzzer may go off once they get in. This would mean shamefully getting off, or even worse, other people volunteering to get off.

The elevator is often an avenue for insensitive people to unleash some hurtful insults and comments such as “Shouldn’t you be taking the stairs?”, “Careful not to break it.”, “Are you sure it will go up?” If you think about it, people often look at the largest and presumably the most massive person in the elevator if the cables so much as creak.

It’s hard enough for overweight people to move around as it is, but getting on public transport systems is another problematic affair. Manufacturers don’t exactly build commercial busses, planes, trains, and taxis with the plus-size passenger in mind. Like many public utilities and amenities, public transport solutions are designed for the average-sized person, not just in weight either but also height (although that is not a consolation).

If you’re on a bus and are quite large, other passengers may look at you like you’re taking too much space and breathing too much of their air. To be fair, some people do take up spaces for two or more whether sitting down or standing up. The point is, they can’t help it and have to sit there and take all the sneers and silent comments. This is often hurtful and embarrassing. 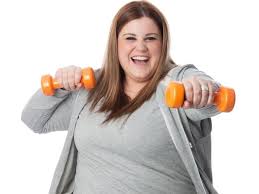 Many overweight people are well aware of the health risks associated with their weight problem and even so with the social discrimination and stigma. This may result in frantic efforts to lose weight quickly and build a good body image. In a rush to get in shape, some grow impatient and become frustrated and agitated when some of the weight loss solutions don’t work as expected. This may lead to even further self-loathing and lower self-esteem than before.

If you’re overweight, you probably relate to these problems. As much as it’s important to appreciate yourself and your body, the world won’t change overnight, and sadly you may continue to suffer these challenges. So, first, grow a thick skin and try to deflect as much negativity as possible. And most importantly, get to the root of your weight problem, whether it’s an eating disorder, a hereditary issue, or a health condition and find practical and lasting solutions to deal with it.

Click here for How to Celebrate the Holidays Without Gaining Weight