Posted on December 2, 2019 by Christine Crosby in Democracy, Karen Rancourt

This Grandma Wants Grandchildren To Live In A Democracy

Want your grandchildren to live in a democracy? I sure do, and obviously, so does Karen Rancourt, the author of an opinion piece that was just published by South Florida Sun Sentinel.

“I used to avoid anyone in a public place approaching me with a clipboard. Before they could speak, I would flash a big smile and say, “No thank you!” and hurry on my way. Now here I am, a 76-year-old grandmother with my clipboard in hand boldly approaching people asking, “Are you registered to vote?”

I became interested in voter registration for a variety of reasons. First, I am one of 70 million grandparents, many of whom share my concern that we are leaving our grandchildren a deteriorating country and planet. I want to be able to look my grandchildren square in the eye and tell them I am trying to make a difference, and voter registration (VR) is an immediate action I can take.

Second, I live in Florida, a state where a few votes made a crucial difference in the 2000 presidential election and could be equally important in the 2020 election. 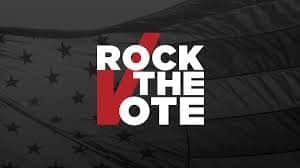 Also, when asked by prospective registrants which party they should favor, I was trained to respond in this way: “President Obama is a Democrat; President Trump is a Republican. You have to decide which best reflects your values and the directions you want to see our country go.” Other options include registering as NPA (no party affiliation) or as an Independent, but doing so prevents voters in many states, including Florida, to participate in primary elections.

An interesting and relevant part of my training was learning that anyone who has a Florida address can vote in Florida; this is also true in other states. This means that all those “snowbird” grandparents who own or rent property in Florida can vote in Florida.

As explained by the Florida Division of Elections, and further clarified: “Contrary to popular belief, you do not need to spend six months and a day in Florida to vote here, nor do you need to own property. You can be both a legal voting resident of Florida and a taxpaying resident of another state. ‘Snowbirds’ are often surprised to learn this, but the so-called 183-day rule is a residency rule used by many states for taxation purposes; it has nothing to do with voter registration.” People just cannot vote in two states in the same election.

“Worth pointing out is that voters do not have to be physically present to vote.”

This is an important consideration for many because the Florida population increases more than 5% every year during the winter snowbird season, by 1 million people or so, many of whom are grandparents. If enough eligible snowbirds vote in Florida, it could be a game-changer in the 2020 election.

Worth pointing out is that voters do not have to be physically present to vote; they can always vote by absentee ballot. And they always have the option to vote in their state of taxation for future elections. (Although I mention this in the context of one state, i.e., Florida, voting rights and procedures for all states are available on a state-by-state basis on the non-partisan Election Protection resource.)

My first time out to register voters was on a college campus. Teamed with Ed, a precinct captain guiding me, I registered two students, both of whom signed on to my preferred party. When I excitedly told my husband, he asked if registering two people in two hours was considered good. I told him that Ed said this was a solid achievement. With enough of us registering one new voter an hour, the number of registered voters can add up!

Voters in Florida must be registered 29 days before the 2020 election, so between now and then, I will continue to pick up my clipboard and strive to do as much VR as possible. After that, I will trade in my clipboard for my car keys so that I can drive voters to the polls.

I cannot emphasize it enough: We grandparents can influence election outcomes by taking actions such as registering voters and driving voters to the polls. Also, if they are eligible to do so, I urge grandparents who are in a state considered not to be up for grabs in the 2020 presidential election to vote in one that is considered up for grabs, for example, Florida.

Karen L. Rancourt, Ph.D., writes an advice column, “Ask Dr. Gramma Karen,” hosted by GRAND Magazine and Mommybites.com. Her latest book is “It’s All About Relationships: New Ways to Make Them Healthy and Fulfilling, at Home and at Work.”