How You Can Help Australia

The bushfires devastating huge portions of Australia are expected to burn for months, fueled by strong winds and extreme weather, leaving a staggering environmental toll. Our hearts go out to the people affected and the habitats erased.

As travelers—especially those of us who have marveled at the beauty of Australia—it’s good to ask what we can do to help. Our partners at ABC News have suggested donating to Australian Red Cross’ Disaster Relief and Recovery or to WIRES, an organization committed to wildlife in Australia; or you can donate to local fire brigades. To support people affected by the fires, Fast Company suggests donating to the Salvation Army’s disaster appeal or the bushfire appeal fund set up by the St. Vincent de Paul Society. The fires have made Australia’s declining koala population even more vulnerable; consider a donation to the Port Macquarie Koala Hospital, which rescues koalas in regions across New South Wales.   Continue to the original article 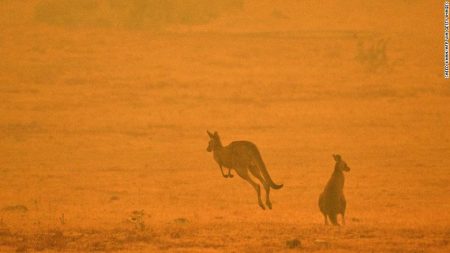 Susan Pulis, who runs a wildlife shelter, had rallied her friends to pack the animals in blankets and baskets and take them to safety on the coast. One friend gutted her downstairs bedroom to house five of the kangaroos. Ms. Pulis has kept the youngest joeys in quilt pouches in another’s living room.

“Since the fires, they are very different,” she said of the animals, “very on edge.”

As wildfires have killed at least 24 people, destroyed more than 1,400 homes and ravaged 15 million acres, they have also inflicted a grievous toll on Australia’s renowned wildlife. Hundreds of millions of animals, many found on no other continent, may have perished, according to some estimates, devastating the country’s unique ecosystems.

“We will have taken many species that weren’t threatened close to extinction, if not to extinction,” said Kingsley Dixon, an ecologist and botanist at Curtin University, in Perth.

Continue to the original article