The Growing Passion For Pickleball

Live to dink another day – the growing passion for pickleball

I knew I was going to like pickleball immediately when I walked by a game in progress and heard one of the players shout, “Stay out of the kitchen.” My sentiments exactly.

The “kitchen” (which means an area of the court where you can’t hit a ball in the air before it bounces) isn’t the only term in the pickleball lingo that doesn’t mean what you think it does. There’s a “dink” shot which, in tennis, may mean, a weak, possibly pathetic return  – but in pickleball, it’s a valuable skill, a short shot your opponent might not reach. And there’s the term “bangers” – which can mean a lot of different things in a lot of different situations, but in pickleball means someone who tends to hit the ball hard.

The best way to explain pickleball is to say what it isn’t. It isn’t badminton or tennis or ping pong or handball or racquetball or platform tennis – but it’s a little like all of them. And it’s now one of the fastest-growing sports in America. Pickleball has had a 650 percent increase in numbers over the last six years

Although it started on Bainbridge Island near Seattle in the 1960s, it worked its way gradually across the country and is even catching on outside the U.S. I spotted it at my health club in Chicago several years ago. A court with four players would pop up in the gym every now and then. Now there are three to six active pickleball courts for several hours six days a week.

Why is it so popular? Here’s what some pickleball players say.

Thom picked up the sport about four years ago and now plays five days a week. He says “For a guy of my size with two fake knees, it’s the right exercise.” Although fast-paced and challenging, it’s easy to learn and relatively kind to the body.

Kathy Muller, who is by profession a teacher, took a free pickleball lesson after she retired and was instantly “addicted.” She liked it enough to share the time she has to exercise with Zumba classes, which she’s been doing for almost eight years.

They agree it’s competitive but friendly and social. The team that scores seven points wins; those players split sides, the players whose team lost leaves the court and anyone waiting on the side enters the game. So, in pickleball, you get to meet a lot of people.

Bill Voigt, who was an early adopter and now teaches skills classes, said its appeal is that its mixed age, mixed gender and a “flash mob” kind of game. You just show up where people are playing and join in. That means you avoid committing to a certain time or a certain partner and can come and go as your schedule permits.

Kathy Mueller agrees there’s no age discrimination; she plays with her nine-year-old grandson. Many middle schools and high schools have added pickleball to their PE offerings.

Best of all, the pickleball players at my club have become a “community.” They started as mostly strangers and now get together socially and have even in the past few months, attended the funeral of two of the players’ parents.

So how did my pickleball journey progress? I borrowed a paddle and then after a few games, liked the game well enough to buy one. I grasped the quirky scoring, which for tennis players, can seem confusing at first. I learned to dink and to bang and, best of all, to stay out of the kitchen.

What started as a family game is now one of the fastest-growing sports in America.

Take a rainy weekend, some bored kids, a couple of dads coming up with ideas, and some borrowed equipment – and what do you have? Pickleball! Learn how pickleball started on Bainbridge Island in the 1960s. 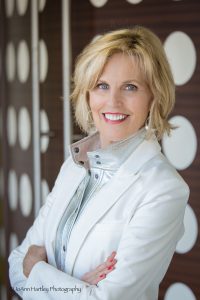