I Learned About My Father When …

What I learned about my father when he became Grandpa

I think it’s fair to say our relationship has never been better…now that we’re 5,000 miles apart.

Before you take this the wrong way, let me explain.

You and I have always had a good, healthy relationship. You taught me how to swim, we played tennis together every summer, most mornings on the weekends were spent at our favorite diner eating waffles and of course, I no doubt inherited my love of writing from you.

But, our relationship could have been better; I think we can both admit to that. You and I are both stubborn, headstrong and selfish, so sometimes it was be easy to clash because we were so similar. Plus, let’s not kid ourselves, you had mom to compete with and no one can beat mom. You yourself would be the first to admit that.

But I never doubted your love for our family. I knew how hard you worked for our happiness; that was evident. Regardless, you and I never had the picture-perfect father-daughter relationship that is portrayed in films…until now.

Four years ago, I decided to move to the south of Italy, leaving my life in our hometown of NYC behind. Not only would I be saying goodbye to life in the city but leaving meant saying goodbye to you and Michael. There would be phone calls and visits of course, but it would not be the same. Mom would be joining me in Italy, as we had both dreamed of starting a new life at a slower, calmer pace. Eventually, you would join us when you retired, but for now, it would be Skype calls and a visit once or twice a year.

Every time you came to see us in Italy, each visit got a little harder, because every time you left, I missed you a little more. But this past visit was even more difficult.

You came to visit us in December 2018, not just for us, but to meet your first grandchild, Lucia Antonia, who at the time, was just four months old. We planned to pick you up at the airport, but all you were aware of was that mom was coming with my husband, Vito, to get you. You didn’t know that Baby Lucia and I would be there too.

You came out of arrivals and headed to mom immediately, as Vito, Baby Lucia Antonia and I hid in the corner. As soon as mom held you in a tight embrace, I sneaked my way towards you, baby in my arms and tapped you on the shoulder. You left Mom’s hug and slowly turned to us. 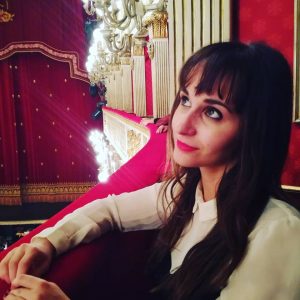 But you didn’t just create a strong bond with Lucia Antonia. You created a stronger bond with me.

In ten seconds, I could see your face change from shock to surprise to excitement to tears. Lucia Antonia starred at you with sparkles in her eyes as though she had known you her whole life. Vito was lucky enough to capture this moment on camera.

You stayed with us in Italy for three weeks, never really leaving Lucia’s side and therefore, mine as well. Our time was mostly spent at home. We all cooked, ate, played games and just enjoyed each other’s company. Lucia Antonia, being the bossy baby that she is, loved having you walk her around whenever you were with us. She loved when you held her seated between your crossed legs on the sofa, as you made silly faces at her. You bonded with her as any grandfather can hope to bond with his granddaughter.

In this short stay, you and I spent a lot of time together. We were constantly playing with the baby of course, but you and I began to connect in ways that we never had before. I had been doing freelance writing for less than a year, but really wanted to make more of a go at it. You, being the experienced writer/essayist that you are, helped me.

We spent one morning at my favorite pastry shop sitting, sipping cappuccinos and going over ideas. One day, when we had a heavy snowstorm, you braved the icy stone streets to trek all the way to my house to go over some articles I had written. We spent that morning enjoying scrambled eggs and potatoes, Lucia Antonia in her highchair and you, diligently hunched over my articles, pen in hand to make your edits.

You looked at Lucia Antonia with a glimmer in your eye as though you had just met the love of your life.

You looked at Lucia Antonia with a glimmer in your eye as though you had just met the love of your life. I think we all felt the same way. But somehow seeing your love and devotion for my daughter, your granddaughter, made me love you even more.

Since you left at the beginning of January, I think you and I have spoken more in this period than we have in the past year. We speak via e-mail all the time, with me constantly sending you my articles to take a look at. I send you photos and videos of Lucia Antonia every few days. You and I schedule Facebook video calls at least once a week and I always make a surprise call when you least suspect it. I make a point to know when mom is planning on calling you so the baby and I can make a surprise appearance.

Lucia Antonia has given me a new and better outlook on life. She has given me the best gift of all in being her mother, but she also given me something I didn’t know she would…the chance for you and me to be closer and for that, I’m forever grateful. 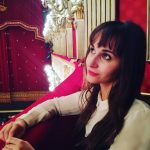 CAROLINE CHIRICHELLA  is a former New Yorker now working as a chef and freelance writer in Italy.