As we honor Black History in February, here are two books worth a read. The first is a book for elementary age kids about a fateful carousel ride and its place in history. The second is a look back at African Americans in the United States from the War of Independence through modern times as told from a unique perspective.

A Ride to Remember – A Civil Rights Story 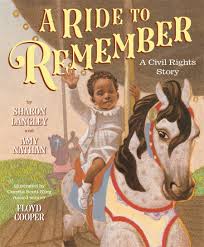 A Ride to Remember takes us back to the year 1963. The story is told from a young girl’s point of view. The country is entering the age of desegregation. The young girl, Sharon, does not understand why she and her family cannot enter the Gwynn Oak Amusement Park and enjoy the rides. Her parents explain that it is because of the color of her skin.

“I love carousels. They start together. They finish together, too. Everyone is equal on a carousel.”

The book covers the protests and arrests, newspaper articles and other actions that led to the amusement park owner relenting and allowing all to enter. The Langleys were the first African American family to enter. And co-author Sharon was the first African American child to ride the carousel on August 28, 1963. Coincidentally this was the same day Martin Luther King Jr. gave his “I Have a Dream” speech.

I highly recommend A Ride to Remember as a way to introduce your grand to the era of segregation and the challenges blacks faced in the 1960s. At the end of this book, there are photos of Sharon on the carousel, authors’ notes, a timeline of Gwynn Oak Amusement Park, and a bibliography.

Sharon Langley is a Baltimore native who became known as the first African American child to enjoy Gwynn Oak Amusement Park when it opened to the public without segregation. She is a graduate of Clark Atlanta University and holds a master’s degree in educational leadership from Mount Saint Mary’s University. She lives and writes in Los Angeles, California. 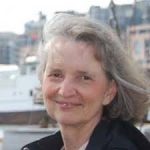 Amy Nathan is an award-winning author from Baltimore. Her books cover an array of issues, including women’s history and civil rights, as well as music and dance. Her books have received much praise, including being named the Washington Post’s Book of the Weed and one of New York Public Library’s Books for the Teen Age. She lives in Westchester County, New York.

Floyd Cooper received a Coretta Scott King Award for his illustrations in The Blacker the Berry and a Coretta Scott King Honor for Brown Honey in Broomwheat Tea and I Have Heard of a Land. Born and raised in Tulsa, Oklahoma, Mr. Cooper received a degree in fine arts from the University of Oklahoma and, after graduating, worked as an artist for a major greeting card company. In 1984, he came to New York City to pursue a career as an illustrator of books, and he now lives in Easton, Pennsylvania, with his wife and children. 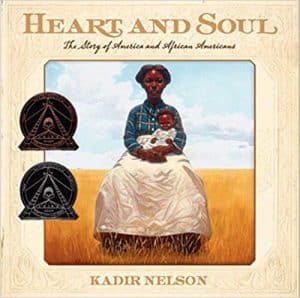 Heart and Soul –  The Story of America and African Americans

Heart and Soul is a story told from the point of view of a one-hundred-year-old black woman. The book covers topics like slavery, the Civil War, the vote for women, World War II and the end of segregation. These subjects are told by following the narrator’s grandfather (Pap) and other family member’s lives. There is also a chapter on black innovation. The many products and processes invented by African Americans will surprise and inspire you.

The paintings that grace the pages and reinforce the various themes are magnificent. They convey the hardship, hope, and courage of the African American people. The story is heartbreaking at times when slavery and discrimination are described in detail. Although the age recommendation is nine years and older, I think this might be more appropriate for middle and high school students.

Heart and Soul would be a great addition to any school curriculum during Black History month or as a way to share with your grandchild the African American fight for freedom and equal rights.