Tweens are out of school this spring. Parents are struggling to entertain and educate their kids. Reading is a great way to pass the time while the grands are stuck at home. These four books cover a range of subjects – a grandpa’s World War II memories, roller derby loving girls, a tween facing blindness and out of control leprechauns. Maybe your tween can escape the madness with a new book. 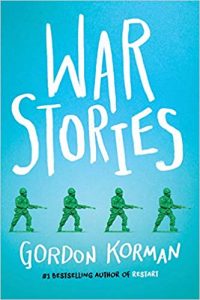 Trevor loves war-based video games and his great-grandfather Jacob (G.G.). The twelve year old only gets to see G.G. every other weekend when he goes to stay with his dad Daniel. G.G. enthralls Trevor with his tales of World War II and how he saved a small French village. The seventy-fifth anniversary of the village liberation is approaching and G.G. has been invited as a special guest to be honored at a big celebration.

Trevor, Daniel and G.G. embark on a journey that takes them from Fort Benning through London and on to France. Along the way, G.G. recounts the trials endured and friendships gained during the war. But Daniel is worried about the threats he sees online directed at G.G., accusing him of awful actions. On top of this, Tevor notices they are being followed and stalked by a blond stranger.

Follow this exciting tale as Trevor discovers what real war is all about and if the stories G.G. told him are true. This is a great book for a tween who has a grandfather or great grandfather who served in World War II.

Gordon Kormay is the bestselling author of three books in The 39 Clues series as well as eight books in his Swindle series. His other books include This Can’t Be Happening at Macdonald Hall that was published when he was fourteen. Gordon grew up in Thornhill, Ontaria and he lives in New York with his family. Visit him at www.gordonkorman.com. 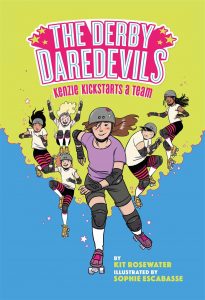 A highly illustrated middle-grade series that celebrates new friendships, first crushes, and getting out of your comfort zone

Kenzie and Shelly are fifth graders and roller derby fanatics. They even have their derby nicknames picked out – Kenzilla and Bomb Shell. They can’t believe it when their city starts a new junior league for girls their age. The problem is you must try out as a five person team. The clock is ticking and they have one week to find three more girls to fill out their team.

As a result, the search for teammates takes a toll on the duo’s friendship. Shelly is getting too friendly with one recruit, leaving Kenzie feeling left out. And Kenzie is experiencing strange feelings when her neighbor is recruited for the team. Kenzie develops a crush on the neighbor. This was done very subtly and I totally missed it at first.

Will the girls be able to pull a team together and try out? And if they do, will they be accepted in the league? Told in a tween voice, the book will teach your grand how to fail, fall, and most importantly recover and get back up.

Kit Rosewater has a master’s degree in children’s literature from Hollins University. The Derby Daredevils is her debut book. She lives in Albuquerque, New Mexico. 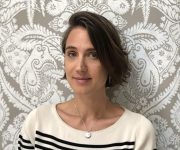 Sophie Escabasse is the author-illustrator of the forthcoming Witches of Brooklyn graphic-novel trilogy. She lives in Brooklyn with her family. 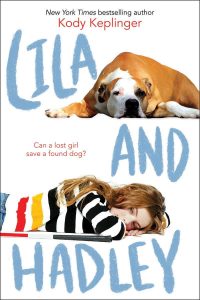 Lila and Hadley is not your typical warm and fuzzy story about a girl and her dog. Twelve year old Hadley is angry about a lot of things. Her mom is going to jail. She must move to another state to live with her older sister, Beth, even though they haven’t spoken in five years. Friends and school are left behind. And she is going blind.

But then Hadley meets Lila. It is not love at first sight. Beth works in a dog rescue and Lila is an abandoned dog who has shown no interest in anyone or anything. Lila surprises everyone by sitting by Hadley. Beth thinks maybe Hadley can help Lila. They take Lila home to foster and train.

The book follows this unlikely pair through a summer. There are adjustments and challenges and new friends along the way. Tweens will have to read the book to find out what happens to Lila and Hadley. This book has lessons on family estrangement, coping with blindness and the bonds we have with our animals. My only pet peeve was the author’s constant use of the word “ain’t” by all of the characters.

Kody Keplinger grew up in a small Kentucky town. During her senior year of high school, she wrote her debut novel, The DUFF, which is a New York Times bestseller. It has since been adapted into a major motion picture. Kody is also the author of Lying Out Loud, a companion to The DUFF; That’s Not What Happened; Run; Shut Out; and A Midsummer’s Nightmare, as well as the middle-grade novels Lila and Hadley and The Swift Boys & Me. Kody lives in New York City, where she teaches writing workshops and continues to write books for kids and teens. You can find more about her and her books at kodykeplinger.com. 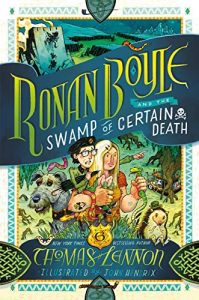 Ronan Boyle and the Swap of Certain Death

Ronan Boyle may be the youngest and lowliest recruit to the secret Garda, but he’s determined to save his captain from the harpy that dragged her into Tir Na Nog at the end of book one. He may not be the strongest, or the smartest, or the best looking, or the most dexterous . . . so why was he picked for this mission? He’s not entirely sure. But he may be the captain’s only hope—if he can escape man-eating elves, escape a job in a unicorn’s lounge act, and find the captain before she’s sacrificed to a spooky cult trying to resurrect its leader. Eventually Ronan must battle the scariest monster of all: impostor syndrome. This is the second book in the Ronan Boyle series. I didn’t read the first book or this would have been even more enjoyable since it is a continuation. This is a story full of Irish folktales, faeries, brownies, elves, wolfhounds, sheeries, puca’s, and much more. Perfect for middle grade tweens.

Thomas Lennon is a writer, comedian, and actor who has worked on dozens of movies and TV shows, including Reno 911! and Night at the Museum. Lennon lives in Los Angeles with his wife, the actress Jenny Robertson, and their son, Oliver. John Hendrix is author and illustrator of many books, including The Faithful Spy, which won the 2018 Society of Illustrators Gold Medal. He lives in Webster Groves, Missouri.