As we look forward to Sunday, June 21st I want to assert that Father’s Day might be misnamed…I vote for Dad’s Day.

There’s a big difference between being a Father and being a Dad. The former is biological, the latter behavioral.  Fathering is an act of nature; being a Dad is all nurture. It’s certainly much easier to become a father than to commit to becoming a Dad.

A Dad may or might not be a biological father. A Dad is someone who’s there when a child needs him most, in good times and bad, when guidance and the gifts of an open ear and caring heart are most important.

I’ve come to believe that the absence of Dads in the lives of children, either physically or emotionally, is one of the most obvious factors in contributing to childhood stress…and distress.

Dads come in all ages and stages of life.  Grandfathers and uncles, cousins, and big brothers, family friends, teachers, clergy, coaches and mentors, and even military officers can play the role of Dad at critical moments in a young person’s life.

The impact of positive parental guidance cannot be overstated. 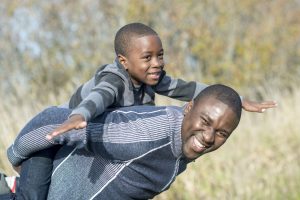 Foster and adoptive Dads are among the most special people because their gifts are the most timely in the life of a child.  Opening our doors and hearts to children whose needs are great and emotions fragile takes a certain blend of loving-kindness and leadership.  How many of us have the courage and commitment to accept another’s child as our own?

I consider myself a Dad because from day one…actually minute one…our sons’ presence has been something special and even sacred to me. I don’t mean to boast, but I believe that I’ve acquired that essential trait of positive parenting…to become someone who learned how to love from our children and who loves them back unconditionally.

I have learned so much from our sons…and to this day feel I’m being positively influenced by their positive attitudes, excellent work ethic, and special devotion to the family. 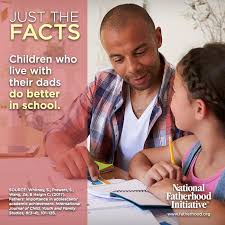 Dads have awesome responsibilities to personify fairness and teach the lessons of justice.  Respect for and honoring differences of race, gender, economic class, and unique abilities are part of being an exemplary Dad.

I’ve come to believe that the absence of Dads in the lives of children, either physically or emotionally, is one of the most obvious factors in contributing to childhood stress…and distress.

While it’s obvious that most Moms are heroic and provide a phenomenal level of care, loving support, and family leadership, I have learned that children need more than one primary caregiver.

Call me a traditionalist, but I think children live what they learn, and who among us has not benefited from the generous gift of male guidance?

And if the family is structured in an untraditional way, it’s my hope that both genders either at home or in the community are included in the nurturing care of children.

I certainly do not advocate putting children in peril if a parent is dangerous or their influence detrimental to the child’s health and safety. But given the reality that child-rearing is at its best a team sport, let’s develop a consensus to empower Dads, support Dads, and when necessary, recruit Dads to be there for children who need them.

The impact of positive parental guidance cannot be overstated. In Proverbs Chapter XXII, Verse 6 we read……”Train up a child in the way he should go, and when he is old, he will not depart from it.”

Shared below is my own Dad’s story…one that I am pleased to share with you.

Even in Blindness…There Can be Vision

My Dad was 60 when I was born.  Not only was he the oldest Dad on the block, but he was also older than all of my friends’ grandfathers.  He was also a blind man having lost his sight in his early 50’s.  After a few days of blurred vision, he became totally blind. The doctors guessed it was vascular, perhaps an aneurysm on the optic nerve.

It’s said that when one sense goes the others perk up a bit.  Well, eight years after my Dad went blind, I came along!  Some things in life don’t require good sight!

Growing up with a blind Dad wasn’t easy.  Sometimes his blindness frightened me.  On occasion I would play blind, walking through a room with my eyes tightly shut feeling my way with outstretched arms and walking in a halting gait wondering how my Dad managed to move around with such effortless grace.

Beginning at age 9, it was my responsibility to read for my Dad – mostly newspaper columns, editorials, and letters from his friends.  Walter Cronkite was his TV news anchor; I read the opinions.

When I read for my Dad he listened to me struggle through the tough words with patience…. I had to spell out a few.  But I’ll never forget the light that would shine from his blind eyes when I got to a phrase in an article or friend’s letter that moved him – a new fact or a fresh angle on an issue of concern. When that light went on, I knew I was doing a good job. He couldn’t see my smile but I knew he sensed it.

My Dad never went to school one day in his life.  He was an immigrant who came to this country at the turn of the century to escape the tyranny of forced “conscription” in the Russian Czarist Army.  The teenage boys gathered from the shtetls were not really being recruited or given uniforms…..they were forced to run through the woods, used as human target practice, to hone the skills of the sharpshooters.

Those few who survived feigned death, crawled back to the village to warn the others, like my father, to run away and escape to the west.

He and a friend, Benny, left their families at age 14, working their way through Poland over a three-year period to save enough to board a ship in Danzig (now Gdansk) for the New World…for survival and to be free.

My Dad spoke five languages, and later in life mastered Braille, but was versed in the language of politics the best.  He believed it was politics that forced those young kids to run through the woods as human prey, and it was politics and policies that needed to be influenced at every stage of his life.

As I contemplate Dad’s Day I think of how different my childhood would have been if I had a different father; one who was not blind, who could play catch, or take me to a movie, or compliment my drawings.

My Dad never hesitated to share his personal stories and his generation’s history. Most of my knowledge of the 20th Century is rooted in his accounts of life’s struggles, successes, and failures.

My Dad was a supporter and contributor to civil rights causes.  His passionate support of the Freedom Riders, young advocates who risked their lives traveling through the Deep South advocating voter registration for African Americans.  Their courage stirred his heart, reminding him of his imperiled youth in Czarist Russia.

As I contemplate Dad’s Day I think of how different my childhood would have been if I had a different father; one who was not blind, who could play catch, or take me to a movie, or compliment my drawings.

Yet, I know I was enriched by being with a wise old man, helping to narrate his life’s events. For as long as I can remember, I saw two people. That was both an obligation, and an opportunity.

Every memory is a subjective vision of the past.  All of us recall our childhoods with a blend of joy and regret.  The pleasure was balanced with pain.

Some of us never really knew our fathers – lost to war, alcohol, or abandonment. Some feared their father’s anger or coldness but deeply respected his hard work and dedication to family. Some men live up to what’s expected of them, others stumble, yet few do not try to do their best.

I think of Dad’s Day – now some 45-years after my Dad’s death – as a chance to cherish the gifts he gave me that had no wrapping paper.  I believe his influence lives in the work I do, my appreciation of others’ challenges, and the relationship I have built with my own two sons who never got to meet the old guy with the gray beard and bright, shining eyes.

I implore you to think of the life lessons we’ve learned – good or bad – from our fathers.  Let’s honor them by emulating the good, overcoming the bad, and sending a signal to our children, in both word and action, that they are valued.

One of the most significant ways to heed the commandment “Honor Thy Father and Thy Mother” is to make a contribution in our parents’ name to a charity that reflects the values we’ve learned from those who paved our paths.

Perhaps you can choose to volunteer to read to a child, visit a lonely elder, or send a note to a long-lost friend.  What better honor than to give of ourselves in the name of those who gave so much to us? 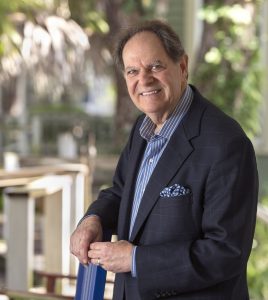