One reason we continue to repeat the sins of our past is that we haven’t fully acknowledged them.

Making Juneteenth a national holiday would help force that desperately needed reckoning with our past—a day to confront the legacy of slavery and white supremacy in the United States. As recent months have shown, this is something the country needs now more than ever.

Juneteenth, a combination of the words June and nineteenth, is a celebration of the end of slavery. It commemorates June 19, 1865, the day a Union general told slaves in Texas of their emancipation.

Also known as Emancipation Day, Freedom Day, and Black Independence Day, Juneteenth is celebrated by millions of African Americans each year. It’s a celebration of liberation, of the end of slavery, and opportunity for black people to not just be free but to finally live with self-determination and collective actualization after 246 years of bondage.

But the fact that Juneteenth is primarily celebrated by black Americans, and largely ignored by the rest of the country, is part of a larger problem. America has never truly reckoned with the horrors of slavery. Many would still prefer to just not think about it, or to picture it in benign terms, whitewashed of its true brutality.

Making Juneteenth a federal holiday would be far more than a symbolic gesture. It would provide space for growth as a nation. It’s a day for celebration, but also a day for education.

Slavery isn’t something that’s in our distant past; we’re still living with its legacy every single day. Slavery created institutions designed to protect a privileged small elite of white wealthy landowners—affecting everything from public schools to property laws to our tax system. This obviously affected black Americans, but it also affected poor white Americans too.

“The slaveholders by encouraging the enmity of the poor laboring white man against the Blacks, succeeded in making the said white man almost as much a slave as the black slave himself,” wrote Frederick Douglass. “Both were plundered, and by the same plunderers.”

Today, we live in a nation where people at the top of our democracy and economy continue to divide and conquer the American people by pitting us against one another on the basis of our identity. People of color are both exploited and made to shoulder the blame for our own suffering. When people of African descent are more likely to live in poverty, to be killed by the police, to be incarcerated, and to live in areas where housing has been neglected, that is seen by the majority of white people as our own fault.

For the same reason, too many white Americans feel that any government program must benefit an undeserving “Other.” This is why many working and middle-class white Americans support race-baiting politicians who want to cut taxes on the rich and defund public programs that serve millions of white people too.

Until white America understands the ways in which the exploitation of black people in this country has impacted all of us, none of us will be free. We’ll continue to have underfunded schools, a broken health care system, crumbling infrastructure, and skyrocketing costs of child care and education. We’ll continue to be too divided to take on those who exploit all of us in one way or another.

Only by acknowledging its ugly past can a nation begin to heal itself. Our government has never gone through the Truth and Reconciliation process that Germany, South Africa, and Rwanda undertook after genocide and state-sanctioned violence in those countries. We have never apologized for slavery and Jim Crow, nor enacted policies to undo the harm. We whitewash the brutality of slavery in our national dialogue, and most egregiously in our school curriculum. There are still history textbooks in schools across this country that portray slavery in idyllic terms.

Many American students graduate high school without ever learning the true horrors of American chattel slavery: the fact that slaves were viciously beaten and often lynched if they ever tried to escape; that parents, children, and partners could be separated and never seen again; that slaves weren’t allowed to read and write; and the unique horrors that black women endured, including medical experimentation and rape.

Making Juneteenth a national holiday would be just one step, albeit a significant one, in a larger effort to root out the racism that’s been part of this country since the very beginning. 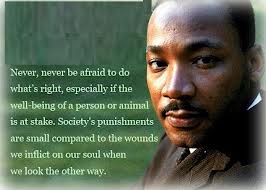 As Dr. Martin Luther King Jr. observed, each step forward has been met by a backlash, and the work of Reconstruction after the Civil War was ended by white supremacist terrorism. The civil rights movement ushered in a Second Reconstruction, but once again, the old America retaliated against that victory with dog-whistle racism, mass incarceration, and the gutting of public programs that all Americans need to thrive.

It’s time for us to complete the work of Reconstruction and give birth to a new America that belongs to all of us. That’s why this week, my campaign released our #ReconstructionAgenda. Our policy plan asks America to do three things:

First, America must reconcile with our history by establishing a National Truth and Reconciliation Commission, modeled on the transitional justice approach in Germany, South Africa, and Rwanda. The commission would work to foster a national conversation on our government’s history of racial discrimination and oppression and establish national memorials and curriculum standards to remind Americans of our history—a goal that making Juneteenth a national holiday would help further. The commission would also create an accounting of the harm caused by our government’s policies, and create a proposal for reparations to rectify those harms.

Second, America must get off our necks by shifting funding and resources from police departments, jails, and prisons to new agencies designed to protect public health. We can dramatically reduce our jail and prison population by ending the school-to-prison pipeline, lengthy sentencing and mandatory minimums, cash bail, and the war on drugs. And we can shift funding from police departments to health care, wellness, trauma centers, drug and alcohol treatment, peer support networks, and restorative justice programs. We can have fewer cops—replacing them with crisis care units of violence interrupters, social workers, and mental health professionals.

Finally, America must let us breathe. All of us will be better off in an America that values black lives. The people who control our economy benefit from and exploit racism to keep people divided against each other. If all of our lives were valued, we could have economic and social programs that take basic human needs off the private, corporate market and invest in every single person who calls this nation their home. When we all do better, we all do better.

The bottom line is that we can’t move forward as a nation until we come to terms with our past. Recognizing Juneteenth on a federal level would be a major step toward acknowledging the sins of our history, and toward building a genuine multiracial democracy where all of us are finally, truly free.

ABOUT THE AUTHOR  – JAMAAL BOWMAN