We take this time to celebrate you for all you’ve done
For caring for your granddaughter and your grandson
You took on this awesome task that no one else could do,
Because no one loves and cares for your grandchild quite like you.

You had the courage to start all over again
Raising your grandchildren at an age when
You thought you might retire, travel and rest
But the children needed caregivers, and they needed the best.

Some came to you in Pampers and most in tears
Needing nurturing and someone who cares.
Others came as toddlers, exploring the world on the run
You couldn’t believe this happened–after you thought that you were done.

Still, others came at school age, when they needed guidance and direction
Science may have you baffled but you are great at giving affection.
And some of you have teenagers, oh my, what can I say.
Just keep reminding yourself that they won’t stay this way.

We know it has not been easy–often quite a heavy load
And there have been many bumps along the road
You’ve been misunderstood, labeled and denied the services you need
Often criticized and not recognized for your labor or your good deed.

But we honor you who have done so much
To change the lives of children with your special touch
We thank you grandparents: we thank you once, we thank you twice
And know you are appreciated for the rest of your life. 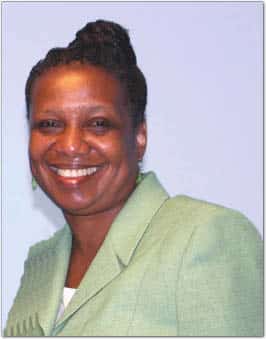 Purchase a signed copy from Rolanda  via PayPal 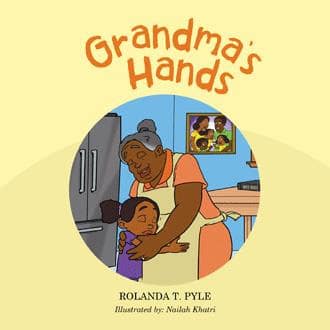 Rolanda’s Story Corp interview gives some insight into why she eventually wrote her book, “Grandma’s Hands”. Here is Rolanda’s interview with StoryCorp for 2015. To hear the interview/

Purchase a signed copy from Rolanda  via PayPal

ABOUT THE AUTHOR – ROLANDA T. PYLE

ROLANDA T. PYLE is a licensed social worker.  She is currently the part-time Community Outreach Specialist at Sunnyside Community Services – CARE NYC, where she was previously Assistant Director. CARE NYC provides support to caregivers of older adults living with Alzheimer’s Disease and other dementias. She was a consultant with the Assigned Counsel Project and before that, Associate Director of the Brookdale Foundation’s Relatives as Parents Program (RAPP) at the Brookdale Foundation. She also served as Director of the New York City Department for the Aging’s Grandparent Resource Center where she worked with grandparents who are raising their grandchildren.

The author has also been featured on various radio and television programs. Her numerous awards include the distinguished 2004 Sloan Public Service Award and HBO’s 2004 Beah Richards Spirit Award. In April 2004, New York’s Daily News named her one of the “100 Women Who Shape Our City.”

In addition to her social work and her writing, Rolanda volunteers with the NYC Meals on Wheels Senior Chat program through which she provides companionship through weekly phone conversations with isolated seniors.

Rolanda is the author of the books “Grandma’s Hands” – a children’s storybook, and “Finally” – a collection of inspirational poems; and the compiler of and contributor to “Beneath His Everlasting Wings,” a collection of devotionals. Rolanda’s creative writing has won poetry and short story writing awards, and her work has been published in religious and community newspapers.

(Rolanda’s book, “Grandma’s Hands,” is available at her website – http://www.rorosrainbowcommunications.com/)