A year ago, less than 10% of Americans had used a telehealth service.

At the same time, as we all now know, older Americans are at a much greater risk of infection and death due to COVID-19, and their hospitalization rates rise exponentially with age. Someone over 85 is 2.5 times as likely to be hospitalized than someone 65 to 74. To compound this challenge, the pandemic is amplifying the roles of information and communication technologies in our lives. A year ago, less than 10% of Americans had used a telehealth service. Now it’s approaching half. Many people are visiting their doctors via phone or video appointments for the first time.  Unfortunately, too many older Americans are struggling to cross a digital divide. Pew Research conducted just before the pandemic found that among Americans over 75, only 62% were using the internet, only 40% had a smartphone, and less than 30% felt comfortable with social media. One of the lessons of the pandemic is that digital access fluency has become a necessity for people of all ages, from young school children to the oldest retirees. These are scary times to be an older American when it comes to catching this deadly infection and then interacting with a rapidly transforming and not necessarily user-friendly healthcare system.

However, this new research – from Edward Jones, Age Wave (our research organization), and The Harris Poll LHX -1.1% – also surprisingly revealed that when it comes to mental health, older Americans are coping better in the pandemic overall. (A full copy of the study report can be downloaded here.) Thirty-nine percent of the Silent Generation (adults over 75) and one-third of Boomers say they are coping “very well,” while only 26% of Millennials and 21% of Gen Zers say the same. On the other end of the continuum, an alarming 24% of the younger generations report that they are doing “not well,” while less than half that percentage of the older generations are sounding that alarm.

With each month, the threat of COVID-19, together with its disruptive effects on work, family life, and finances, is taking an even higher mental toll on young Americans than older ones. Thirty-seven percent of Gen Z report declines in their mental health since the pandemic began, as have a quarter of Millennials and Gen X. But only 15% of Boomers and 8% of Silent Gen say their mental health has declined.

What’s going on here? Older Americans have much higher health risks but are less mentally stressed? Part of the answer may be that they have less to be stressed about regarding jobs, home-schooling children, and other everyday disruptions to life. And part of the answer may be that older adults have the experience, perspective, emotional maturity, and resilience that come from decades of meeting life’s challenges. If there is an obvious upside to aging, increased emotional intelligence and psychological resilience might be it.

The Most Feared Condition of Longevity

Mentally resilient doesn’t necessarily mean worry-free. Retirees consistently tell us that health is their number one worry in retirement, and loss of “brain health” is their number one health concern. In fact, even under the immediate threat of COVID-19, this new study showed that retirees’ most feared condition of longevity remains Alzheimer’s and related dementias – more frightening than stroke, heart attack, cancer or even infectious diseases like COVID-19. While older Americans are definitely afraid of being infected by the coronavirus, they are even more frightened about losing their minds and memories and thereby becoming burdens on their families. In the recent Netflix NFLX +1.2% documentary Inside Bill’s Brain: Decoding Bill Gates, when the billionaire and legendary problem-solver is asked, “What is your worst fear?” he doesn’t even hesitate when he responds, “I don’t want my brain to stop working.” And he knows that Alzheimer’s may lie in front of him as his beloved father is struggling with the disease.

Gates’ – and older Americans’ – fears are warranted because there is currently no cure for Alzheimer’s. Although there’s no question that COVID-19 is the most immediate and dangerous health challenge facing civilization today, and therefore worthy of massive amounts of vaccine-oriented research and resources, we mustn’t lose sight of the threat of a coming age-wave-driven Alzheimer’s pandemic. Without much-needed new science and creative medical breakthroughs, the number of Americans age 65 and older with Alzheimer’s in the U.S. alone is projected to grow from 5.8 million today to 15+ million in 2050 – with a cumulative cost of more than $20 trillion. Unless this disease is beaten and beaten soon, it could become the greatest medical, social, and financial sinkhole of the 21st century. 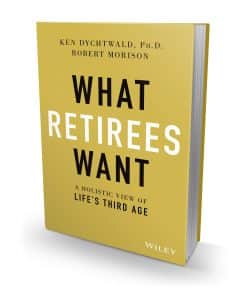 This is the sixth in a 10-part series on “The Future of Retirement” that we are posting over the course of several months. If you are interested in better understanding what’s ahead, we invite you to check out our new book What Retirees Want: A Holistic View of Life’s Third Age. 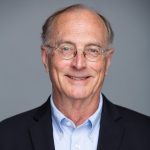 To read more from Ken Dychtwald