A 9-11 Rememberence, But Not What You May Expect

BY DEBBY CARROLL
Every year I’m struck by the Never Forget mantra on 9/11.
What exactly is it we are being commanded to remember?
Never forget we were attacked by terrorists?
Who could ever forget that?
I believe the Never Forget mantra has a hidden dangerous message.
Since that day we have been blanketed with Islamaphobia. We have been beset with hatred toward Muslims. And I’m afraid the Never Forget message means never to forget who attacked us. And it was a wrongheaded message from the get-go.
Most of the terrorists were Saudi.
But we didn’t strike them in retaliation, did we? Oh no, we went after the Muslims W wanted to strike in Iraq and Afghanistan. The Saudis? Bush held their hands and Trump just admitted covering up their murderous act. So I guess those guys “forgot.”
And we are still at war.
We are still fearing Muslims and over time people like Trump have fed that fear to include others with brown skin.
I think we are a more hateful, more fearful, more corrupt, more anxious nation than we were on 9/10/01. Some of that hate and anxiety-provoking bias lives in these Never Forget memes.
We should change Never Forget to something like Remember Who We Are Supposed to Be. Or Remember Our Heroes to honor the first responders who ran into those buildings. Better even than that mantra would be giving these people the health care they deserve, something we have already apparently, “forgot.”
Because honestly, I’d like to forget who we’ve become and think about who we could and should be.
Even my lefty friends post memes of Never Forget. I know their hearts are in the right place. But I believe it’s time for a new message.

ABOUT THE AUTHOR –  DEBBY CARROLL 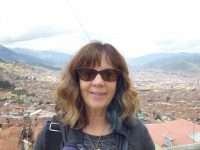 Debby Carroll is a frequent contributor to GRAND Magazine, and lucky for us, she’s a travel adventure-loving GRANDmom too.

Upon discovering how outdated the images of grandparents were in the children’s books she read to her first grandson, Avery, she decided to write a new one on behalf of fabulous, real grandparents everywhere.

RealGrands: From A to Z, Everything a Grandparent Can Be is available on Amazon 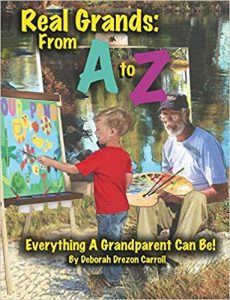