A History Lesson On Secession For Your Grandkids

Why we need to know our American history

For many of us who are appalled by the recent behavior of elected officials (Who are 100% Republican) trying desperately to highjack the 2020 presidential election, we may struggle to understand what’s really going on and be at a loss for words on how to explain this to our

grandchildren. So, we thought we’d introduce you to an American history expert – Heather Cox-Richardson.

This is from her December 11th blog – Letters from an American. We strongly suggest you read and discuss it with your family.  We can no longer bury our heads, ignore history, and fail to learn from it.

“Americans unhappy with the results of a presidential election have done precisely this before. It was called “secession,” and it occurred in 1860 when elite southern Democrats tried to destroy the United States of America rather than accept the election of Republican Abraham Lincoln to the White House.

In 1860, as today, there were two competing visions of America. In the South, members of a small wealthy class had come to believe that they should lead society, and that “democracy” meant only that voters got to choose which set of leaders ruled them. Society, they said, worked best when it was run by natural leaders, the wealthy, educated, well-connected men who made up the region’s planter class.

As South Carolina Senator James Henry Hammond explained in 1858, society was naturally made up of a great mass of workers, rather dull people, but happy and loyal, whom he called “mudsills” after the timbers driven into the ground to support elegant homes above. These mudsills needed the guidance of their betters to produce goods that would create capital. That capital would be wasted if it stayed among the mudsills; it needed to move upward, where better men would use it to move society forward.

Ordinary men should, Hammond explained, have no say over policies, because they would demand a greater share of the wealth they produced. No matter what regular folks might want from the government—roads, schools, and so on—the government could not deliver it because it could do nothing that was not specifically listed in the Constitution. And what the Constitution called for primarily, he said, was to protect and spread the system of human enslavement that made men like him rich.

In 1859, Illinois lawyer Abraham Lincoln rejected Hammond’s vision of America. In a speech at the Milwaukee Agricultural Fair, Lincoln denied that there was any such thing as a “mudsill” in America. No one, he said, should be locked into working poverty for life. Society did not work best when a few rich men ran it, he said; it worked best when the government made sure that everyone was equal before the law and that ordinary men had access to resources.

Under the system of “free labor,” hardworking farmers applied their muscles and brains to natural resources. They produced more than they could consume, and their accumulated capital employed shopkeepers and shoemakers and so on. Those small merchants, in turn, provided capital to employ industrialists and financiers, who then hired men just starting out. The economic cycle drove itself, and the “harmony of interest” meant that everyone could prosper in America so long as the government didn’t favor one sector over another.

Lincoln’s vision became the driving ideology of the Republican Party.

In 1860, when Democratic leaders demanded that the government protect the spread of slavery to the West, Republicans objected. They argued that the slave system, in which a few rich men dominated government and monopolized resources, would choke out free labor.

Southern Democratic leaders responded by telling voters the Republicans wanted a race war. To win the election, they silenced opponents and kept them from the polls. And when the Democrats nonetheless lost, southern leaders railroaded their states out of the Union and made war on the U.S. government. They threw away the idea of American democracy and tried to build a new nation they would control.

That moment looks much like the attempt of today’s Republicans to overturn a legitimate election and install their own leadership over the country.”

Read more about our history

ABOUT THE AUTHOR HEATHER COX-RICHARDSON 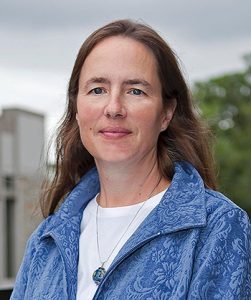 Heather Cox Richardson is an expert in nineteenth-century America, specializing in politics and economics. Her most recent book, To Make Men Free, A History of the Republican Party From 1854 To The Present, was released in 2014. Cox Richardson’s first four books explored the Civil War, Reconstruction, the Gilded Age, and the American West, and stretched from the presidencies of Abraham Lincoln to that of Theodore Roosevelt. Her The Death of Reconstruction (2001), Wounded Knee: Party Politics and the Road to an American Massacre (2010), and West from Appomattox: The Reconstruction of America After the Civil War (2007) were all selections of the History Book Club; West from Appomattox was also an Editor’s Choice selection of the New York Times Book Review. She is also the author of: The Greatest Nation of the Earth: Republican Economic Policies during the Civil War. Richardson is president of The Historical Society, an organization designed to bring academic history to general readers. Her expertise has been utilized by the New York Times, Bloomberg, CNN.com, BBC, Washington Post, Chicago Tribune, and Huffington Post; her blogs for The Historical Society won the Cliopatria Award.

Get her daily digest, Letters From an American