Posted on February 7, 2021 by Christine Crosby in Grandparents Day, Pope

VATICAN CITY — Pope Francis announced the establishment of a World Day of Grandparents and the Elderly as a reminder of the important role they play as a link between generations.

During his Sunday Angelus address on Jan. 31, the pope said the day will be celebrated every year on the fourth Sunday of July to coincide with the feast of Sts. Joachim and Anne, Jesus’ grandparents. The first celebration of this day will be July 25.

Highlighting the Feb. 2 feast of the Presentation of the Lord, the pope said the recognition of Christ as the Messiah by the elderly Simeon and Anna is a reminder that “the Holy Spirit still stirs up thoughts and words of wisdom in the elderly today.” 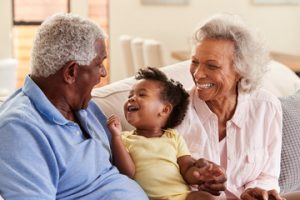 “Their voice is precious because it sings the praises of God and safeguards the roots of peoples,” he said. “They remind us that old age is a gift and that grandparents are the link between generations, passing on the experience of life and faith to the young.”

“Grandparents are often forgotten and we forget this wealth of preserving roots and passing on,” he added.

In a statement published shortly after the pope’s announcement, Cardinal Kevin J. Farrell, prefect of the Dicastery for Laity, the Family, and Life, said the yearly event was “a gift to the whole church” that emphasizes the pastoral care of the elderly as “a priority that can no longer be postponed by any Christian community.”

“In the encyclical, ‘Fratelli Tutti,’ the Holy Father reminds us that no one is saved alone. With this in mind, we must treasure the spiritual and human wealth that has been handed down from generation to generation,” he said. 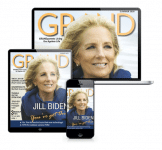 If you are enjoying this news article about grandparenting, get more GRAND here.

Cardinal Farrell added that “today, more than ever, we are committed to making every effort to dismantle the throwaway culture and to enhance the charisms of grandparents and the elderly.”

The dicastery said Pope Francis will mark the first World Day of Grandparents and the Elderly July 25 with an evening Mass in St. Peter’s Basilica. However, the Mass will be “subject to sanitary regulations in place at the time.”